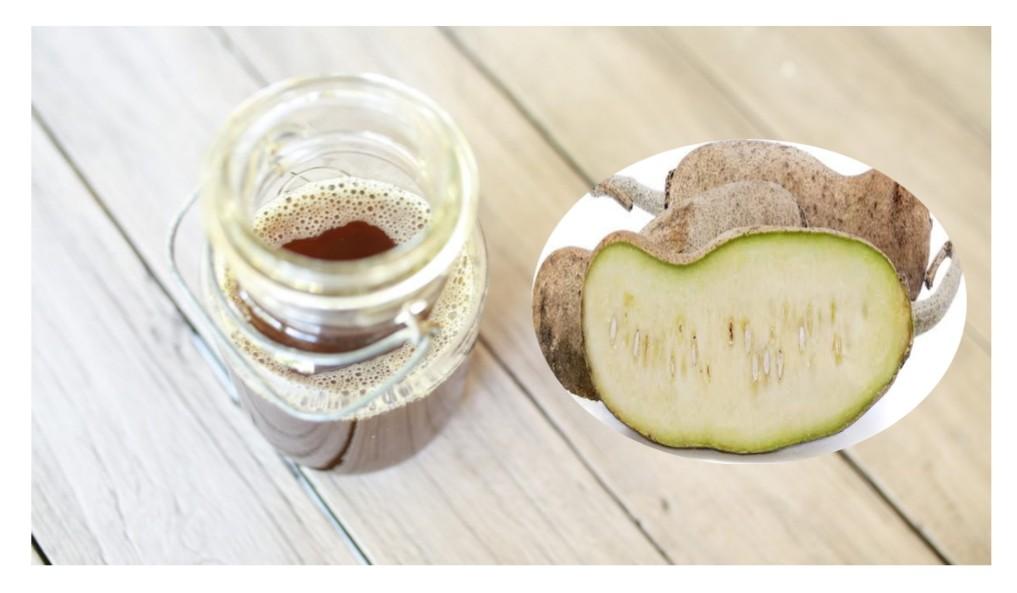 Kigelia africana popularly known as Sausage Tree is a small, spreading tree with pendulous racemes of dull liver-colored flowers and a long, stalked gourd-like fruit. It is widely grown in the tropics and was introduced from India to tropical Africa. Kigelia africana is a tree widespread across Africa and found in wet savannah and riverine areas. Seedlings and direct sowing at site can be used to propagate it. Soaking the seeds in boiling water for 1 minute aids germination—an 80% success rate has been noted. Cuttings can also be used for propagation. The tree grows to 20 m (66 feet) tall or more. The growth rate is about 1m/year. It is semi-deciduous with smooth grey-brown bark and velvety maroon flowers.

Kigelia Africana is also known by various local names, in Shona it is known as  Impfungvani, muvete, muzangula and vunguti. In Swahili it is known as Mwegea while in Zulu it is called  Umgongoti, or umzingulu.

The roots, wood, and leaves have been found to contain naphthoquinones, dihydroisocoumarines, flavonoids, and aldehydic iridoids. Tall, with smooth grey bark and beautiful, bell-shaped flowers, the kigelia tree is often cultivated ornamentally, but African  tribes have long been putting the tree’s eponymous sausage-shaped fruits—as well as its leaves and bark to all sorts of uses for generations.

Sausage Tree is a widely used herbal treatment in Africa, being used in the treatment of a great many complaints. The fruits are most commonly used, though all parts of the plant have similar properties. The diversity of complaints against which the plant is used includes digestive problems, fainting, anaemia, sickle-cell anaemia, epilepsy, respiratory ailments, hepatic and cardiac disorders, and nutritional illnesses such as kwashiorkor, rickets, wasting and weakness. Much modern research supports the traditional uses and the plant has become an ingredient of commercially produced applications for treating skin problems.

Extracts of the bark, wood, roots and fruits possess antibacterial and antifungal properties. These extracts exhibit significant inhibitory effects in vitro against common Gram-negative and Gram-positive bacteria, and the yeast Candida albican.

The plant is renowned for anti-cancer properties, and laboratory screening has confirmed in-vitro anti-cancer activity. Fruit extracts exhibited significant effects against induced tumours. Fruit and bark extracts have shown moderate efficacy against melanotic cell lines. The naphthoquinones lapachol and isopinnatal, in some extracts of bark, wood, fruits and roots, exhibit antineoplastic activity against melanoma cell lines. Sterols and iridoids are ubiquitous in the plant and may be a factor in the activity against melanoma. The reported cytotoxicity of the root in the brine shrimp assay was attributed to the presence of γ-sitosterol.

The leaves and fruits contain flavonoids. A high concentration of flavonoids may be responsible for antidiarrhoeal properties, increased by antimicrobial constituent. In contrast to the use of the plant as a laxative, preliminary studies have shown a preventive effect of leaf extracts against diarrhea.

The plant is used particularly to remedy a wide range of skin problem. Powders and infusions of the bark, leaves, stems, twigs or fruits are all used to clean and dress flesh wounds and open sores. Many dressings, topical treatments and infusions containing this species are also used for their analgesic and anti-inflammatory properties. The bark, stems, twigs, leaves and fruits are infused and taken orally, or applied locally, to relieve rheumatism, sprains, haematoma and bruising; snake bite antidotes are made with an infusion of the fruits, stems, leaves, twigs or bark, taken orally or rubbed onto the bite. Infectious diseases, including leprosy, impetigo, and worm infestations in the blood, are all treated with this plant; dermal complaints and infections, such as whitlows, cysts, acne and boils, are treated with traditional medicines containing the fruits, and less frequently, the bark; sore eyes are treated with drops made from flower sap mixed with water.

In particular, the Kigelia Africana fruit is used to increase breast size and function. It is given in decoction, and also massaged into the breasts, of young girls before puberty to promote an ample development, a practice said to be proven by recorded measurements. Infusions and decoctions are applied as a wash or rub to promote weight gain in infants. The fruit is used to increase milk flow, and as a poultice for treating conditions such as mastitis and breast cancer

The fruit and roots, along with the ‘male’ tassel of the plantain inflorescence, are boiled together to make a women’s nostrum. The fruit is also used in the treatment of many other complaints. For example, it is used for treating scrotal elephantiasis; oedema of the legs; asthma; combined with peppers, it is used to treat constipation and piles.

Externally, the fruit is used in poultices for treating wounds, syphilis, ulcers, boils and rheumatism. The fruit-ash when powdered is said to have disinfectant and curative properties after the style of boric acid.

Cut into pieces, the fruits are boiled with the roots of Anthocleista sp., and the liquid is taken by draught or enema for treating piles and lumbago.

The bark and fruit are combined and used to heal sores and to restore taste. An oily ointment is made from the powder to rub on rheumatic parts and on malignant tumours. The bark is reported to contain a bitter principle and tannic acid.  It has a somewhat bitter taste. It is pounded and taken internally for relieving asthma and for treating dysentery and VD. 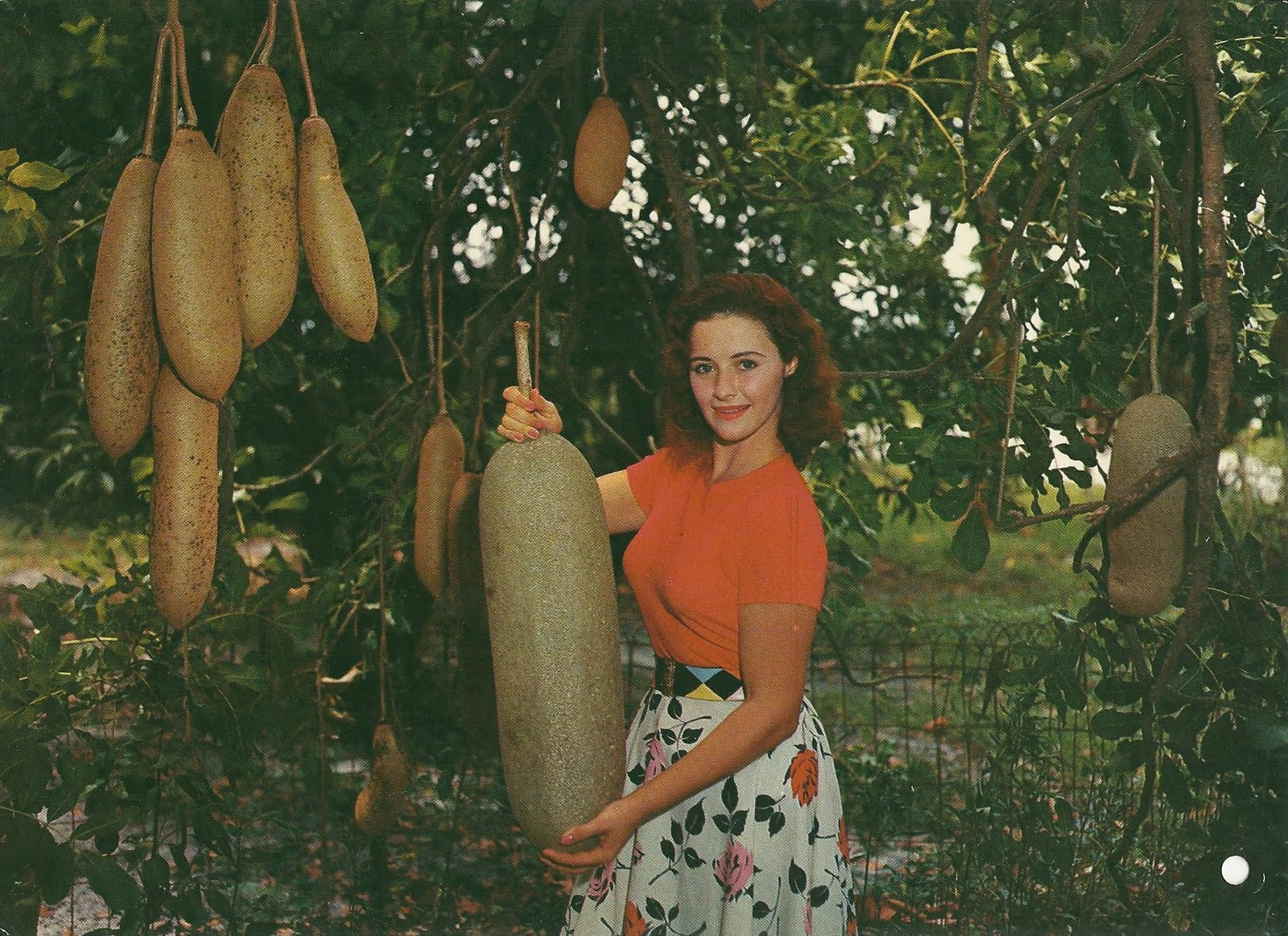 The Sausage Tree fruit may have a mouth-watering name, but don’t eat from the sausage tree (the popular name for the kigelia) unless you know what you’re doing!

First off, one of the most popular ways to use the sausage tree’s fruits is in a traditional beer enjoyed by the Kikuyu people. Secondly, if you consume the tree’s fruits raw, they’re highly poisonous. READ: Kigelia Africana Extract Benefits and Side Effects

In order to make the fruits safe for beer brewing, they must first be sun-dried, then fermented with sugar cane juice for around 24 hours, then dried again, before finally being added to a large barrel of sugar cane juice, where they’ll ferment for around four days. The final beverage should taste sour, smell boozy, and hopefully not act as an immediate emetic (at least when consumed in moderation).

Besides being drunk, the beer is also commonly used as a soothing bath for children suffering from measles (whether “retains the fruit’s anti-inflammatory properties” makes a drink more or less appealing, of course, is a matter of personal preference).

Beyond potential toxicity and the very real chance of inebriation, there’s another good reason to be cautious of the sausage tree and its famous fruits: their size. How To Use Kigelia Africana For Enlargement

How To Use Kigelia Africana For Breast Enlargement