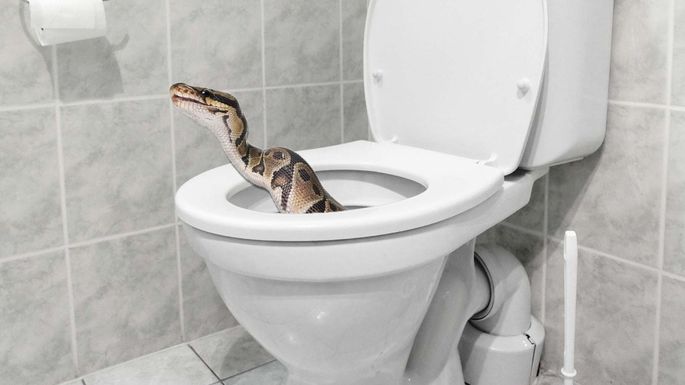 Snakes instill a deep-rooted fear in many people that few other animals can match. Even other animals seem to put them in a special category; many wild animals recognize snakes as threatening, and some birds and monkeys even have special vocalizations for sounding an alarm when a snake is seen.

Snake bites aren’t terribly common in the U.S. — and they aren’t usually fatal. But according to the World Health Organization, between 4.5 and 5.4 million snake bites occur each year, and 1.8 to 2.7 million of those cause illnesses. It’s estimated that at least 81,000 to 138,000 people die each year from snake bites. In Nigeria, it is estimated that more than 10,000 people are bitten by snakes each year, but the exact death toll is unknown. The north-eastern state of Gombe is one of the worse-affected areas.

Snakes don’t do any direct damage to buildings because they don’t dig their own holes, instead of using holes other animals have made. Although snakes elicit strong negative reactions among many, managing property to reduce potential attractiveness for snakes is the best way to ensure they play this important role where they belong – outside the home.

According to Iowa State University Extension and Outreach, the following recommendation  will make your home as unattractive to snakes as possible;

Another way to keep snakes away from your home is by the use of snake repellant plants,  some of the four commonly found plants that repel snakes do so for known reasons—while others are a little more mysterious. Regardless, planting a wide variety of plants is the best way to create a reliable snake deterrent. Snakes do not like strong smells, so employing a mixture of plants will provide above-ground and below-ground coverage. The following are four plants that are known to repel snakes:

Marigolds are commonly used in an effort to deter pests. The reason is in the roots of the plant. It has traditionally been implemented to deter gophers and moles. The roots grow deep and aggressively, which gives off a strong odor that repels many garden pests and critters. What’s more, the bright flowers look good on your property. Marigolds can provide a hiding spot for mice and other snake prey; however, the root’s strong odor keeps pests from settling in.

Mother-in-Law’s Tongue is one of the best plants that repel snakes because of its sharp leaves—but also because the plant rejuvenates the oxygen at a higher-than-normal rate. Unlike smelly plants, snakes find the sight of Mother-in-Laws Tongue frightening. It is a great-looking plant to have around the garden as a barrier against snakes and it is very low maintenance. The plant needs water only three times per week and this perennial plant will last for many years. If propagating from a single host plant, be sure to let the roots establish themselves first for at least three months after planting. It is used as a snake repellent for warm outdoor climates and indoors in cool climates.

Lemongrass produces a citrus smell that deters snakes. Citronella is also a by-product of lemongrass, which mosquitoes detest. This is one of the best plants that repel snakes, mosquitoes, and even ticks from your garden. Lemongrass is drought-resistant and easy to maintain. What’s more, it is an attractive addition to any landscape. Use lemongrass to form a secure barrier from snakes and repel mosquitoes and ticks at the same time.

Onions and garlic are very useful garden plants for repelling snakes. Both plants give off a smell that snakes not only dislike but also confuse them. Garlic plants are thought to be the best plants that repel snakes. The plant gives off an oily residue when a snake slithers over a clove. This oil acts very much like an onion does when we slice it: the aroma is disorienting like pepper spray. SEE: Health Benefits and Side Effects Of Snake Meat