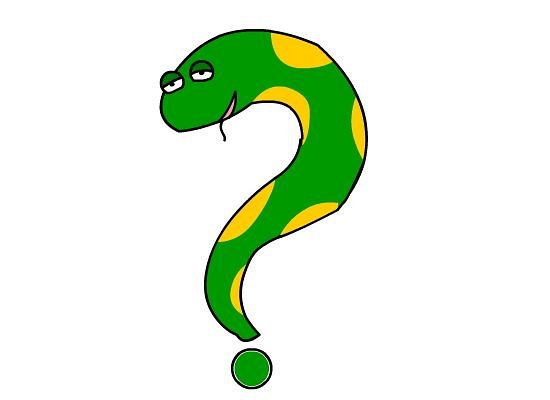 Few animals strike as much fear into people as venomous snakes. Although the chances of running into a venomous snake, much less being bitten and dying from the toxin injected into one’s body, are minuscule compared to dying from cancer, heart disease, or an automobile accident, this seemingly unreasonable fear remains very real for many people.

There are more than 3,000 species of snakes on the planet and they’re found everywhere except in Antarctica, Iceland, Ireland, Greenland, and New Zealand. About 600 species are venomous, and only about 200—seven percent—are able to kill or significantly wound a human.

Nonvenomous snakes, which range from harmless garter snakes to the not-so-harmless python, dispatch their victims by swallowing them alive or constricting them to death. Whether they kill by striking with venom or squeezing, nearly all snakes eat their food whole, in sometimes astoundingly large portions.

Almost all snakes are covered in scales and as reptiles, they’re cold-blooded and must regulate their body temperature externally. Scales serve several purposes: They trap moisture in arid climates and reduce friction as the snake moves. There have been several species of snakes discovered that are mostly scale-less, but even those have scales on their bellies.

Snakes also have forked tongues, which they flick in different directions to smell their surroundings. That lets them know when danger—or food—is nearby. Snakes have several other ways to detect a snack. Openings called pit holes in front of their eyes sense the heat given off by warm-blooded prey. And bones in their lower jaws pick up vibrations from rodents and other scurrying animals. When they do capture prey, snakes can eat animals up to three times bigger than their head, and their head is wide because their lower jaws unhinge from their upper jaws. Once in a snake’s mouth, the prey is held in place by teeth that face inward, trapping it there.

Snakes don’t do any direct damage to buildings because they don’t dig their own holes, instead, they use holes other animals have made. Although snakes elicit strong negative reactions among many, managing property to reduce potential attractiveness for snakes is the best way to ensure they play this important role where they belong – outside the home.

How Many People die of Snake bites?

Snake bites aren’t terribly common in the U.S. — and they aren’t usually fatal. But according to the World Health Organization, between 4.5 and 5.4 million snake bites occur each year, and 1.8 to 2.7 million of those cause illnesses. It’s estimated that at least 81,000 to 138,000 people die each year from snake bites. In Nigeria, it is estimated that more than 10,000 people are bitten by snakes each year, but the exact death toll is unknown. The north-eastern state of Gombe is one of the worse-affected areas.

The answer may be both surprising and satisfying to you at the same time. Even if you are on the second story of a house or apartment complex, there are some snakes that have the ability to climb their way into your home despite the fact of you living on an upper level. However, removing one method needs to be discussed first.

The truth of the matter is that the snake is not climbing its way up a smooth wall. A snake is not like a lizard in terms of being able to grip against a surface, so it is not going to climb its way up that kind of surface. But they can easily climb up a brick or stone wall! That’s even easier than climbing a tree, which they can do. They often climb up a wall because they smell rats in the attic. They enter the same holes rats use. See Video and pictures of snakes on walls below; 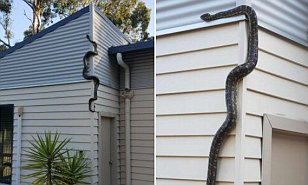 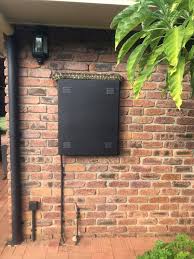 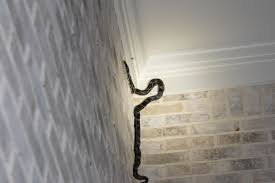 SEE: How to Make Your House Unattractive To Snakes