How To Get Prescribed Adderall? 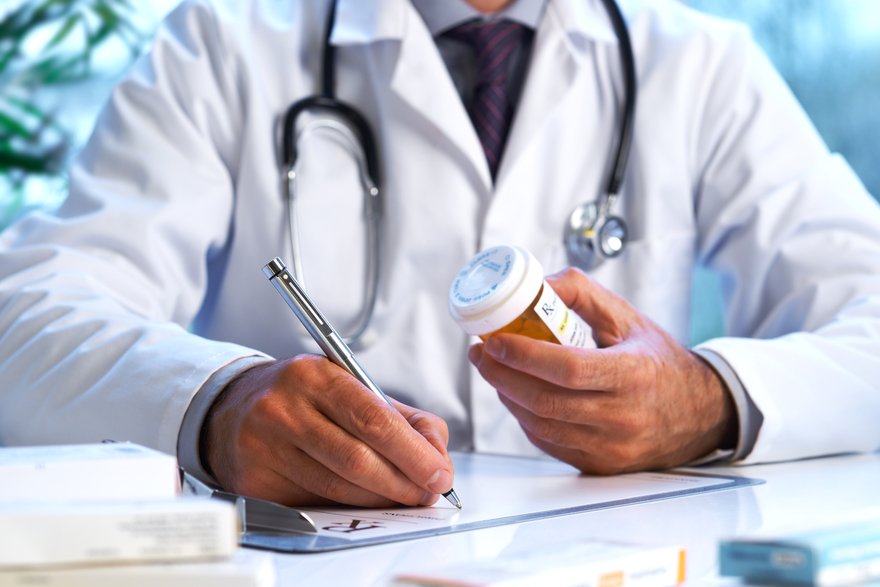 For people diagnosed with attention-deficit hyperactivity disorder (ADHD), Adderall helps to improve concentration and focus. As a central nervous system stimulant, it can also have the very same effects on people without ADHD.

The symptoms of attention deficit hyperactivity disorder (ADHD) can be categorized into 2 types of behavioral problems: inattentiveness, and hyperactivity and impulsiveness.

Most people with ADHD have problems that fall into both these categories, but this is not always the case.

For example, some people with the condition may have problems with inattentiveness, but not with hyperactivity or impulsiveness.

This form of ADHD is also known as attention deficit disorder (ADD). ADD can sometimes go unnoticed because the symptoms may be less obvious.

Symptoms in children and teenagers

The symptoms of ADHD in children and teenagers are well defined, and they’re usually noticeable before the age of 6. They occur in more than 1 situation, such as at home and at school.

The main signs of inattentiveness are:

The main signs of hyperactivity and impulsiveness are:

These symptoms can cause significant problems in a child’s life, such as underachievement at school, poor social interaction with other children and adults, and problems with discipline.

Related conditions in children and teenagers with ADHD

Although not always the case, some children may also have signs of other problems or conditions alongside ADHD, such as:

In adults, the symptoms of ADHD are more difficult to define. This is largely due to a lack of research into adults with ADHD.

As ADHD is a developmental disorder, it’s believed it cannot develop in adults without it first appearing during childhood.

But it’s known that symptoms of ADHD often persist from childhood into a person’s teenage years and then adulthood.

Any additional problems or conditions experienced by children with ADHD, such as depression or dyslexia, may also continue into adulthood.

By the age of 25, an estimated 15% of people diagnosed with ADHD as children still have a full range of symptoms, and 65% still have some symptoms that affect their daily lives.

The symptoms in children and teenagers are sometimes also applied to adults with possible ADHD.

But some specialists say the way in which inattentiveness, hyperactivity and impulsiveness affect adults can be very different from the way they affect children.

For example, hyperactivity tends to decrease in adults, while inattentiveness tends to get worse as the pressures of adult life increase.

Some specialists have suggested the following as a list of symptoms associated with ADHD in adults:

How to Get An Adderall Prescription

In order to get prescribed Adderall, you must meet with a doctor in person who will diagnose your condition before prescribing Adderall for you, this is the easiest way to get prescribed Adderall because the drug is classified as a Schedule II controlled substance. It is therefore considered to have a significant risk for abuse and the development of physical dependence.

Being in possession of  Adderall without a prescription can result in a criminal fine, and/or a jail sentence of less than one year. For instance, a misdemeanor conviction might result in a fine of $500 and 6 months in jail, depending on the substance and amount possessed.

Felony possession charges will result in higher criminal fines, and a sentence in prison (not jail) of more than one year. For example, a felony conviction might result in a fine of $10,000 and a prison sentence of five years. Felony convictions can also result in a loss of certain rights, such as the loss of the right to possess a firearm.

Each state has different controlled substance penalties. California has some of the lightest penalties, while states such as Washington might impose more strict penalties.

What doctors look for when prescribing Adderall?

Generally, doctors look for signs and symptoms of Attention-deficit/hyperactivity disorder (ADHD) which is now recognized in most countries although diagnostic practices differ. Only licensed physicians can prescribe Adderall for you.

What Should I Discuss With My Healthcare Provider Before Taking Adderall?

How Should I Take Adderall?

Stimulants are usually taken 1 to 2 times per day with or without food.

The dose of stimulant medication is variable. Only your healthcare provider can determine the correct dose for you.

What Happens If I Miss A Dose Of Adderall?

What Should I Avoid While Taking Adderall?

Avoid drinking alcohol or using illegal drugs while you are taking this medication. They may decrease the benefits (e.g., worsen your condition) and increase adverse effects (e.g., sedation) of the medication.

What Happens If I Overdose With Adderall?

If an Adderall overdose occurs call your doctor or 911. You may need urgent medical care. You may also contact the poison control center at 1-800-222-1222.

A specific treatment to reverse the effects of stimulants does not exist.

What Are Possible Side Effects Of Adderall?

Contact your healthcare provider if any of the following occur while taking stimulants:

Are There Any Risks For Taking Adderall?

Stimulants are Schedule II controlled substances. There is a risk of physical and/or emotional dependence (addiction) when they are taken for long periods of time.

Although treatment with stimulant medications can slow growth, many studies have shown that these changes are small. Children may catch up with growth over time; therefore, it should not be a concern for most children. Height, weight, and eating habits should be discussed before treatment starts and regularly during treatment. If you are concerned about your child’s growth, discuss other possible treatments with your child’s doctor.

What Other Medications May Interact With Adderall?

Medications used to treat depression can interact with amphetamine medications resulting in serious reactions including high body temperature, high blood pressure, and seizures (convulsions). Tell your healthcare provider if you are beginning or have recently discontinued any of these medications.

Stimulants should not be taken with or within 2 weeks of monoamine oxidase inhibitor antidepressants (MAOIs), including phenelzine (Nardil®), Tranylcypromine (Parnate®), selegiline (Emsam®), and isocarboxazid (Marplan®) or the antibiotic linezolid (Zyvox®).  Taking stimulants with or within 2 weeks of MAOIs can result in seizures, fever or dangerously high blood pressure that can lead to death.

The following medications may increase the levels and/or effects of stimulant medications:

Stimulant medications may decrease the effects of blood pressure medications.

How Long Does It Take For Adderall To Work?

Although you may experience beneficial effects from stimulants within a few days of starting the medication, it often takes several weeks to get the full effect of the medication. Your healthcare provider may also need to gradually adjust the dose to find the dose that works best for you.

Dependence: Amphetamines have a high potential for abuse.  Prolonged use of amphetamines may lead to drug dependence.  Particular attention should be paid to the possibility of subjects obtaining amphetamines for non-therapeutic use or distribution to others.  They should be prescribed or dispensed sparingly.

Can A Nurse Practitioner Prescribe Adderall?