How To Avoid Prostate Cancer 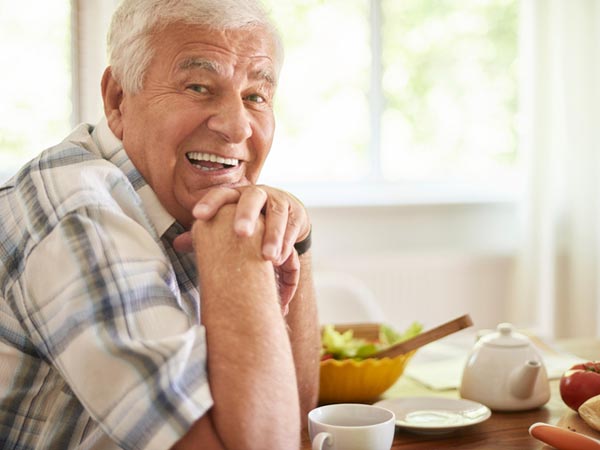 What is prostate cancer?

Prostate cancer is marked by an uncontrolled (malignant) growth of cells in the prostate gland. The prostate is the walnut-sized gland in men, located just below the bladder and in front of the rectum, surrounding the urethra – the tube that carries urine out of the bladder. The prostate produces and stores fluid that helps to make semen.

It is not yet known exactly what causes prostate cancer, but researchers are studying certain risk factors to determine if these factors contribute to prostate cells developing into cancer.

Who is at risk for prostate cancer?

Certain men are at higher risk than others for prostate cancer, which may affect when they should start being screened. The risk increases with age, particularly after age 50. Some risk factors include:

What are the symptoms of prostate cancer?

In most cases, prostate cancer causes no symptoms. In rare cases, men may experience certain symptoms when they have advanced prostate cancer. However, these symptoms are also present in many men who do not have cancer, so it is best to discuss them with a doctor before jumping to any conclusions.  Some of these symptoms can include difficulty emptying the bladder, blood in the urine, and bone pains.

How to avoid prostate cancer

There are no clear prevention strategies for prostate cancer. There are a few categorical changes you can make to your diet that make a big difference in overall health, as well as prostate health. What you eat can potentially disadvantage your prostate health – e.g. foods you might want to avoid – or protect the prostate in various ways. The Science of Living Well, Beyond Cancer recommends a diet that is high in colorful vegetables, low in sugar and processed carbohydrates, and moderate in animal-based protein (taking advantage of the health benefits of beans, nuts, soy, and certain fish). Some might refer to this as a version of the Mediterranean Diet. PCF-funded epidemiologist Lorelei Mucci, M.P.H., Sc.D., at Harvard T.H Chan School of Public Health notes that people in Mediterranean countries not only eat more vegetables and fruits… they also eat less fatty foods, processed food, and red meat – categories that can “increase insulin resistance, increase inflammation, raise cardiovascular risk and be a part of a dietary pattern that may increase obesity, as well.”

Here’s a look at the top five foods to eat for a healthy prostate:

This class of vegetables includes things like cabbage, bok choy, kale, cauliflower, and Brussels sprouts. Cruciferous vegetables are high in antioxidants, vitamins, minerals, and phytochemicals. Broccoli, often hailed as a prostate superfood, contains glucoraphanin, a phytochemical (Phyto means “plant”) which researchers suggest can convert to substances that potentially target and prevent cancer cell growth. Studies suggest that eating cruciferous vegetables can lower inflammation, which is related to your risk of getting prostate cancer. (Read more about the connection between broccoli and prostate cancer.)

“Oxidative stress” is what scientists call incremental damage that builds up over many years. It’s caused by “free radicals,” which are toxic byproducts of metabolism. When uncontrolled, free radicals wreak havoc on the body by stealing electrons, causing oxidative damage to cells and DNA. Damaged DNA cannot replicate properly, potentially leading to cancerous changes in cells. Antioxidants help to neutralize and remove free radicals from the body. Berries are a great source, particularly strawberries, blackberries, blueberries, and raspberries. These fruits offer up powerful antioxidants known as anthocyanins.

Certain fish (especially cold-water fish like salmon, sardines, and trout) provide “good fats” that don’t trigger inflammation the same way as saturated animal fats (e.g., beef fat). Over the past few years, scientists have begun to see inflammation within the prostate as a dangerous condition that can make it easier for cancer to take hold. Interestingly, not all fish is created equal. One study, led by Harvard scientists Fred Tabung, Ph.D., M.S.P.H., and Edward Giovannucci, M.D., Sc.D., examined the relationship between diet and inflammation and found that canned tuna, shrimp, lobster, scallops, and “other” fish were more inflammatory than “dark-meat” fish like salmon or red snapper.

If you aren’t wild about fish, you can try any of the other plant-based proteins described in The Science of Living Well, Beyond Cancer. One study that followed 4,577 men with localized prostate cancer over a 24-year period (The Health Professionals Follow-up Study) found that participants who replaced animal fat with vegetable fat had a lower risk of dying from their cancer.

Tomatoes are one food that’s been on prostate cancer researchers’ radar for a long time, and here’s why. Lycopene is another powerful antioxidant and is found in the cell walls of tomatoes. The cooking process loosens the bond, making it easier for our bodies to access the antioxidant and send it to the prostate. Dr. Mucci notes, “When a man eats a diet high in lycopene, for some reason, lycopene levels in the prostate go up.” Tomato sauce, paste, and juice can help our bodies make the most of this nutritional superstar. Even better: cook your tomatoes in olive oil, which helps the body absorb lycopene.

You might have heard about green tea as a source of antioxidants such as catechins (the most important are two called EGCG, for epigallocatechin-3-gallate, and epicatechin), which are believed to be anti-carcinogenic and anti-mutagenic (preventing healthy cells from mutating). A systematic review of multiple studies published in Medicine (Baltimore) suggested that men who drank seven cups of green tea per day had a decreased risk of prostate cancer.

You may be more surprised to find coffee on this list. “Coffee is looking more and more promising,” says Dr. Mucci, “There are now a number of studies that suggest drinking coffee regularly, one to two cups a day, can help prevent prostate cancer.”

Coffee and tea offer an important segue into the topic of what NOT to eat. Top of the list? Sugar. If you’re going to drink coffee and tea, make sure to keep the sugar at a minimum, which means staying away from the double-cream pre-sweetened lattes from your favorite coffee chain. For more on what foods to eat and what to avoid, check out The Science of Living Well, Beyond Cancer. ALSO, READ: Do Prostate Massages Help Prevent Cancer