How Much Does HIV Test Cost In Nigeria? 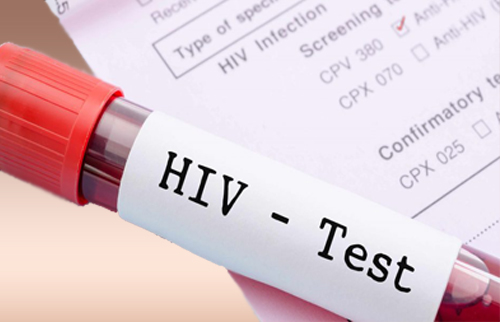 Human immunodeficiency virus (HIV) is an infection that attacks the body’s immune system, specifically the white blood cells called CD4 cells. HIV destroys these CD4 cells, weakening a person’s immunity against infections such as tuberculosis and some cancers.

WHO recommends that every person who may be at risk of HIV should access testing. People diagnosed with HIV should be offered and linked to antiretroviral treatment as soon as possible following diagnosis. If taken consistently, this treatment also prevents HIV transmission to others.

If the person’s CD4 cell count falls below 200, their immunity is severely compromised, leaving them more susceptible to infections. Someone with a CD4 count below 200 is described as having AIDS (acquired immunodeficiency syndrome).

According to Avert, Nigeria has the second largest HIV epidemic in the world. Although HIV prevalence among adults is much less (1.3%) than other sub-Saharan African countries such as South Africa (19%) and Zambia (11.5%), the size of Nigeria’s population means 1.8 million people were living with HIV in 2019. Recent drops in prevalence estimates for the country has been attributed to better surveillance. Nevertheless, UNAIDS estimates that around two-thirds of new HIV infections in West and Central Africa in 2019 occur in Nigeria.

Anyone can get HIV. You’re at greater risk for it if you:

Pregnant women who are HIV-positive can pass the virus to their baby before or during birth. HIV can also pass to a baby through breastfeeding. But the risk is very low for women who take HIV medicine. It’s possible, but not common, for health care workers to become infected if they have an accidental needle stick while treating someone who has HIV.

There is little to no risk of catching HIV through oral sex. And it’s extremely rare to get it by being bitten by someone infected with HIV. There have been very few cases of that, and those were severe bites that broke the skin. SEE: Can You Get HIV From Saliva

Why Should I Get Tested?

According to the National Agency for the Control of AIDS in Nigeria , there are many reasons for wanting to get yourself checked out for HIV. The obvious one is that you’ve had sex – and now the afterglow has worn off you’re worried you may have got more than you bargained for. Or maybe you’re starting a new relationship, or have found out that you’re not your partner’s one and only. Or you shared an unsterilized needle or blade. Or you just got a tattoo in a shop in which you have doubts about the instruments.

The first step is taking an HIV/AIDS test. The test checks your blood for traces of HIV antibodies. If there are, then that means the virus is there. A blood test is the only way to be sure of your HIV status. Before you get tested, make sure you talk to a counselor – it’s your right! Know what to expect and think about how you will deal with the results.

Due to the ‘window period’, it is advised that you get tested every three to six months. Now, the window period is the time between when you get infected with HIV and when your body starts making antibodies to fight off the virus. So, if you get tested during this period, the result could come up as HIV negative (this is called a false negative) when you actually have the virus – that’s why you’ve got to be smart about this whole testing thing. Antibodies usually become detectable four to six weeks after infection. That’s why if you get tested within three months of having unprotected sex, you need to get tested again three months later to be extra sure.

The whole point of taking an HIV test is find out whether or not you have the virus. Having the virus means that you are HIV+ (HIV positive) and will have to make changes in your life. Not having the virus means you’re HIV negative, which doesn’t mean you get a free pass… you need to Make YOUR Move to ensure you STAY HIV free.

If you know your HIV status, there’s a lot you can do. For example, if you’re negative, you can STAY NEGATIVE by abstaining from sex or, if you’re already sexually active, by sticking to one partner and ALWAYS using a condom. If you’re HIV positive – and sexually active – you MUST still always use a condom to protect your partner from infection, and yourself from repeat infections that could hasten the onset of Aids. You can take measures to boost your immune system, like healthy eating and exercise, and early treatment for secondary infections.

How Do I Know If I Have HIV?

The only way to know for sure if you have HIV is to get tested. Testing is relatively simple. You can ask your health care provider for an HIV test. Many medical clinics, substance abuse programs, community health centers, and hospitals offer them too. You can also buy a home testing kit at a pharmacy or online.

HIV can be diagnosed using simple and affordable rapid diagnostic tests, as well as self-tests. HIV testing services usually follow the 5Cs: consent, confidentiality, and counseling, correct results and connection with treatment and other services. HIV self-testing is also an option. Self-testing allows people to take an HIV test and find out their result in their own home or other private location. You can buy a self-test kit at a pharmacy or online. Some health departments or community-based organizations also provide self-test kits for free.

How Much Does HIV Test Cost In Nigeria?

Antiretroviral drugs in Nigeria are free but HIV testing in most places is NOT free.  Government hospitals charge between =N= 500 to =N= 2500 for a single test while private hospitals can charge as much as =N= 3000 for HIV Testing in Nigeria.  Nevertheless, many Nongovernmental organizations such as AIDS Healthcare Foundation (AHF) provides free HIV testing across Nigeria. AHF is a Los Angeles-based, global nonprofit organization providing cutting-edge medicine and advocacy to over 1.5 million people in 45 countries. To date, AHF Nigeria has conducted over 2 million HIV tests, distributed over 8 million condoms and awarded financial support to its partners through the AHF GRANT FUND. SEE: Complete List of HIV Symptoms After 3 Months