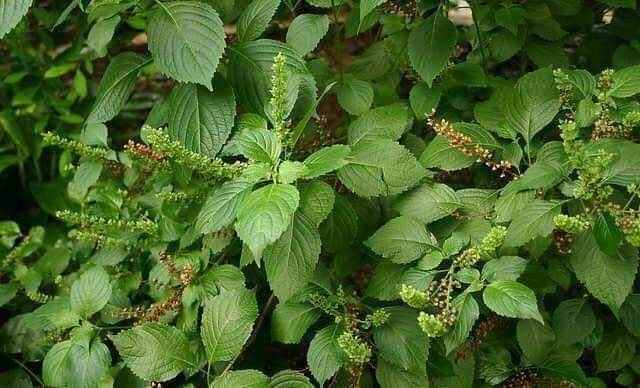 Scent leaf also known as basil leaf is a herb that is widely used for its culinary and medicinal benefits. Scent leaf is commonly used for stomach problems such as spasms, loss of appetite, intestinal gas, diarrhea, constipation, and many other conditions, but there is no good scientific evidence to support these uses. In Nigeria, it is widely used in the preparation of diverse array of food due to its distinct flavor. Scent leaf also supplies beneficial plant compounds that have antioxidant, anti-inflammatory and other health properties. In addition, these compounds give Scent leaf its “essence”  or distinct aroma and flavor. That’s why oils derived from Scent leaf and other plants are called essential oils.

Scent leaf is not only a popular folk remedy for ailments like nausea and bug bites but also widely utilized in traditional Chinese medicine, Ayurvedic medicine and other holistic medicine systems. Below is a summary of potential benefits of extracts of sweet Scent leaf, primarily based on mouse and test-tube studies. Whether the same results would occur in people is uncertain.

A stroke happens when blood carrying oxygen is unable to get to part of the brain. Brain cells get damaged and can die if left without oxygen even for a few minutes. A stroke requires immediate medical care, is potentially deadly, and can affect several parts of the body well after the event is over. Scent leaf can reduce stroke damage and support recovery, whether given before or right after a stroke.

Cancer is a group of diseases involving abnormal cell growth with the potential to invade or spread to other parts of the body. These contrast with benign tumors, which do not spread. Scent leaf can help to prevent certain cancers, including of the breast, colon and pancreas.

The mental alertness refers to any function pertaining to the mind, such as awareness, perception, imagination, reasoning and the like. The alertness means keenly watchfulness ready for sudden action. When inhaled as aromatherapy oil from this plant improve mental alertness.

Ovulation refers to the release of an egg during menstruation in females. Part of the ovary called the ovarian follicle discharges an egg. The egg is also known as an ovum, oocyte, or female gamete. It is only released on reaching maturity. The use of scent leaf for boosting the chances of pregnancy predates the digital era. Its healthy properties can promote inducing of estrogen. It helps to balance hormone levels, specifically by decreasing cortisol also protects against chemical and environmental pollutants, which can contribute to other hormone imbalances. A hormonal imbalance can cause female infertility by disrupting ovulation, preventing the thickening of the uterine lining, or otherwise preventing a pregnancy from becoming established. This plant can also delay menopause.

Tooth decay is the softening of your tooth enamel and refers to the damage of the structure of the tooth caused by acids that are created when plaque bacteria break down sugar in your mouth. If this loss of mineral from the enamel is left untreated, a cavity, or hole in the tooth, can eventually occur. Basil inhibit the growth of bacteria that cause dental decay. In addition, it provide an alternative to antibiotics for infectious diseases, including combating antibiotic-resistant strains of bacteria.

Scent leaves has also been shown to possess anti-inflammatory properties akin to drugs such as aspirin and ibuprofen but are milder to the inner linings of the stomach. Extract from scent leaves  is useful for healing menstrual pain, stomach ache, earache, and fever.

An insect repellent a substance which discourages insects (and arthropods in general) from landing or climbing on that surface. They repel insects, such as mosquitos and ticks

Safety and Side Effects

Scent leaf is generally safe when consumed in small amounts, but a few precautions are warranted.

Liver Cancer: Scent leaf herb and Scent leaf oil contain estragole. Estragole is a chemical that might increase the risk of getting liver cancer.

Could interfere with blood-thinning medications: Scent leaf leaves are high in vitamin K, which helps blood clot. High intakes could interfere with blood-thinning drugs, such as warfarin. If you’re taking a blood thinner, aim to consume consistent amounts of vitamin K daily so that your doctor can regulate your medication. Eating foods made with a lot of Scent leaf could make this difficult.

How does Scent leaf work?

Scent leaf contains many chemicals. These chemicals might kill bacteria and fungi. Chemicals in Scent leaf might reduce symptoms in the gastrointestinal tract.