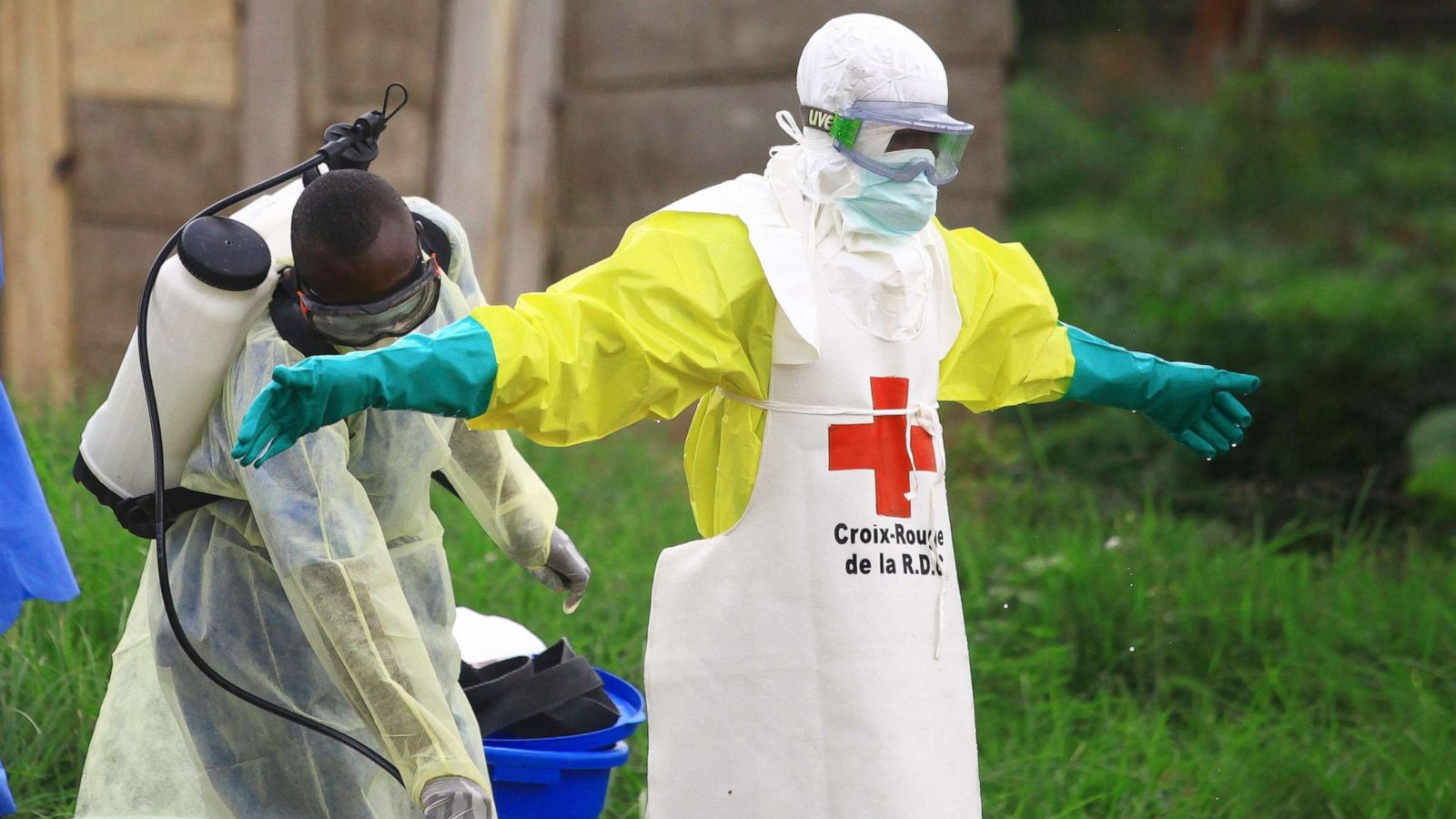 Ebola virus disease (EVD) also known as Ebola hemorrhagic fever (EHF) is a severe disease of humans and other primates caused by an RNA virus of the family Filoviridae and genus Ebola virus. The disease has a high fatality rate killing between 25%-90% of those infected. Research conducted in 2005 suggested fruit bats to be the likely reservoir due to their ability to spread the virus without being affected by it.

Emergence of Ebola in Humans

Ebola virus disease (EVD), one of the deadliest viral diseases, was discovered in 1976 when two consecutive outbreaks of fatal hemorrhagic fever occurred in different parts of Central Africa. The first outbreak occurred in the Democratic Republic of Congo (formerly Zaire) in a village near the Ebola River, which gave the virus its name. The second outbreak occurred in what is now South Sudan, approximately 500 miles (850 km) away.

Initially, public health officials assumed these outbreaks were a single event associated with an infected person who traveled between the two locations. However, scientists later discovered that the two outbreaks were caused by two genetically distinct viruses: Zaire ebolavirus and Sudan ebolavirus. After this discovery, scientists concluded that the virus came from two different sources and spread independently to people in each of the affected areas.

Viral and epidemiologic data suggest that Ebola virus existed long before these recorded outbreaks occurred.  Factors like population growth, encroachment into forested areas, and direct interaction with wildlife (such as bushmeat consumption) may have contributed to the spread of the Ebola virus.

Following the discovery of the virus, scientists studied thousands of animals, insects, and plants in search of its source (called reservoir among virologists, people who study viruses). Gorillas, chimpanzees, and other mammals may be implicated when the first cases of an EVD outbreak in people occur. However, they – like people – are “dead-end” hosts, meaning the organism dies following the infection and does not survive and spread the virus to other animals. Like other viruses of its kind, it is possible that the reservoir host animal of Ebola virus does not experience acute illness despite the virus being present in its organs, tissues, and blood. Thus, the virus is likely maintained in the environment by spreading from host to host or through intermediate hosts or vectors.

African fruit bats are likely involved in the spread of Ebola virus and may even be the source animal (reservoir host). Scientists continue to search for conclusive evidence of the bat’s role in transmission of Ebola.  The most recent Ebola virus to be detected, Bombali virus, was identified in samples from bats collected in Sierra Leone. The largest outbreak to date took place in West Africa between March 2014 to June 2016, affecting primarily Guinea, Liberia, Sierra Leone, Senegal, and Nigeria. A total of 11,296 cases were recorded including suspected and probable cases.

The first case of EVD in Nigeria was confirmed in Lagos on 23 July 2014 and spread to involve 20 laboratory-confirmed EVD cases. 8 of the confirmed cases of EVD in Nigeria eventually died (case fatality rate of 42.1%) and 12 were nursed back to good health. In Nigeria, the rapid control of the EVD was facilitated by the rapid detection of the index case, the comprehensive contact tracing measures and the isolation and treatment of the secondary cases. On October 20th, 2014 Nigeria was declared free of EVD by the World Health Organization

Infection in the index case occurs after human contact with fruit bats or intermediate infected hosts, such as non-human primates, rodents, antelopes or their carcasses. Human to human transmission occurs through contact with body fluids: Vomitus, diarrheal stool, blood, sweat, semen, saliva, breast milk, and tears. Contact with objects, such as needles or soiled clothing contaminated with infected secretions can also cause infection. The average incubation period of the virus is 2 to 21 days.

It may take up to three days for the virus to reach a detectable level in the blood. The onset of illness is sudden, with fever, nausea, diarrhea, headache, joint and muscle pain, sore throat and intense weakness. Some patients may develop a rash, red eyes, hiccups, impaired kidney and liver function, and internal and external bleeding.

According to the WHO, samples from patients with Ebola are an extreme biohazard risk. Testing should be conducted under maximum biological containment conditions.

Before Ebola can be diagnosed, other diseases should be ruled out, and, if Ebola is suspected, the patient should be isolated. Public health professionals should be notified immediately. Ebola virus infections can be diagnosed definitively in a laboratory through several types of tests, including:

In the more advanced stages of the disease or after recovery, diagnosis is made using IgM and IgG antibodies. Ebola can be diagnosed retrospectively in deceased patients by other forms of testing.

Up until recent, treatment for Ebola was limited to intensive supportive care and includes:

In a major trial in Guinea during 2015, an experimental vaccine rVSV-ZEBOV, developed in 2014 was highly protective against the deadly virus. In May 2017, officials in the Democratic Republic of the Congo approved the use of the experimental Ebola vaccine in the hopes of stemming the spread of a recent outbreak of the deadly virus.

The risk of contracting Ebola is low. There is a higher risk of becoming infected when: