Does Clove Soaked In Water For Infections Work? 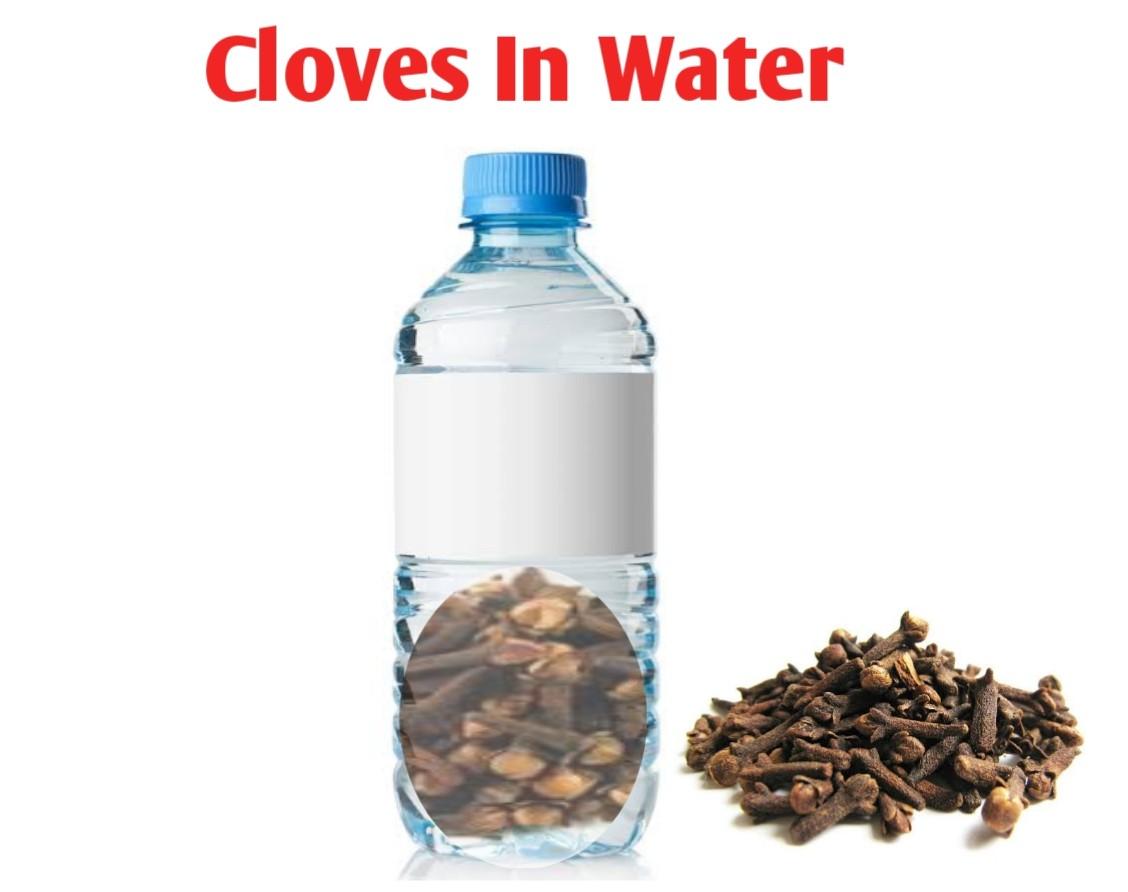 Globally, hundreds of plants are used in traditional medicine as treatments for fungal, bacterial infections and viral infections. Some of these have also been subjected to in vitro screening controlled clinical trials to fully understand how they work. Conventional drugs usually provide effective antibiotic therapy for bacterial infections but there is an increasing problem of antibiotic resistance and a continuing need for new and less toxic natural solutions.

Cloves are derived from the flower buds of Syzygium aromaticum, an evergreen tree in the myrtle plant family, cloves are a powerfully aromatic spice that resemble a tiny tack. Named after the French word “clou,” meaning “nail,” cloves are a popular spice around the world and are used in a wide range of international cuisines. First originating in the Maluku Islands of Indonesia, this aromatic spice is still a prominent product of Indonesia. Today, cloves are also harvested in Madagascar, Sri Lanka, India, Tanzania, Zanzibar, and other hot, tropical areas.

In Ancient China, this aromatic spice was used not only as medicine, but also as an oral antiseptic for anyone meeting with the emperor in order to guarantee their breath was as fresh as possible. As word of this potent spice spread around the world, it became the focus of trade wars between European empires who hoped to control the market of this popular herb. The Dutch even took the extreme step of burning down every clove tree that didn’t grow in the Dutch-controlled spice islands in order to guarantee they had a monopoly on this mighty ingredient.

This intensely aromatic spice has a subtly sweet flavor when soaked in water. Drinking cloves water lends plenty of warmth but it also has a slight note of bitterness and astringency that counterbalances the sweetness. This  notably strong taste and aroma, explains why cloves are used sparingly. Just a teaspoon of these tiny spices is loaded with fiber, vitamins C and vitamin K. It also contains manganese that helps boost memory function while vitamin C and vitamin K boosts your immunity and prevents you from blood clots. This spice has been used to flavor hot beverages. Cloves also have medicinal properties that can aid in good liver health and stabilize blood sugar levels.

Does Clove Soaked In Water Work For Infection?

Soaking cloves in water has become one of the popular ways by which people seek to benefit from the many health benefits of cloves. An infection occurs when another organism enters your body and causes disease. The organisms that cause infections are very diverse and can include things like viruses, bacteria, fungi, and parasites. You can acquire an infection in many different ways, such as directly from a person with an infection, via contaminated food or water, and even through the bite of an insect.

Cloves have been shown to have antimicrobial properties, meaning they can help stop the growth of microorganisms like bacteria. One test-tube study showed that clove essential oil killed three common types of bacteria, including E. coli, which is a strain of bacteria that can cause food poisoning. The antibacterial properties of cloves could even help promote oral health.

In one test-tube study, the compounds extracted from cloves were found to stop the growth of two types of bacteria that contribute to gum disease. Another study in 40 people tested the effects of an herbal mouthwash consisting of tea tree oil, cloves, and basil. After using the herbal mouthwash for 21 days, they showed improvements in gum health, as well as the amount of plaque and bacteria in the mouth. In combination with regular brushing and proper oral hygiene, the antibacterial effects of cloves may benefit your oral health.

The most common type of yeast infection in Nigeria is vaginal candidiasis popularly known as toilet disease. It has been documented that the incidence of this disease is quite high in places like Nicaragua and other parts of the world too. The fungus Candida is a naturally occurring microorganism in the vaginal area. Lactobacillus bacteria keeps its growth in check. But if there’s an imbalance in your system, these bacteria won’t work effectively. This leads to an overgrowth of yeast, which causes the symptoms of vaginal yeast infections. Cloves contain a powerful antifungal agent known as eugenol, with antiseptic properties that have been shown to kill the Candida yeast cells according to research.  Eugenol is also an immune system stimulant, which means it helps to increase the body’s disease-fighting powers. The powerful antifungal activity of cloves water means it can be used to treat a variety of fungal infections and fungal-related symptoms.

However, Paul Nyirjesy, an obstetrician–gynecologist and director of the Drexel Vaginitis Center at Drexel University College of Medicine, who treats women with complicated and chronic vaginal problems, including recurrent yeast infections says most of these remedies don’t really make much  of a difference. He recently published a paper examining how a majority of women with such problems use alternative treatments primarily out of desperation. SEE: 10 Reasons Why Your Discharge Smells Like Dead Animal

Does Clove Soaked In Water Work For Sexually Transmitted Infections?

Although the benefits of cloves sexually is well documented, the ability of cloves to treat or cure sexually transmitted disease is limited to the microorganisms that are sensitive to the compounds present in it.  The use of herb in the treatment of sexually transmitted diseases  is a practice that is very popular in Africa and other developing countries. Cloves water does not cure STDs because they kill mostly Escherichia coli, also known as E. coli, a Gram-negative, facultative anaerobic, rod-shaped, bacterium. Although this bacteria are most often found in the gastrointestinal (GI) tract or feces. They may move from the anus or GI tract onto you or your partner’s hands, mouth, genitals, or a sex toy. Sex can also push bacteria further into your body through penetration, which sets up a higher likelihood of an infection.

Can a Pregnant Woman Use Clove Water During Pregnancy?

Using clove water during pregnancy is NOT safe. When you are pregnant, cloves can only be used in small quantities as a part of your food because there is not enough research information on whether or not it is also safe for use as a medicinal supplement. The best thing to do is include small amounts of clove in your food and stay away from using it in the form of medication.

What are the likely side effects of drinking or using clove water for infection?

According to the National Center for Biotechnology Information, multiple hazards are associated with clove water containing its oil. It may cause skin, eye, and respiratory irritation, or an allergic reaction on the skin. It is also flammable and could be fatal if it is swallowed and goes into the airway.

Cloves may also increase the chance of bleeding or increase the body’s response to warfarin. It is important to discuss the use of any herbal products with a medical professional so that they can review potential side effects and interactions.

How to Use Cloves the Healthy Way

Cloves can be used for many other purposes other than helping your body function in the right way. You can use clove for cooking purposes and this can aid in improving your health. However, here are some other ways in which cloves can benefit you.

READ: How To Use Cloves To Treat Infection

How To Use Cloves To Treat Infection

Does Cloves Water Tighten The Vagina?