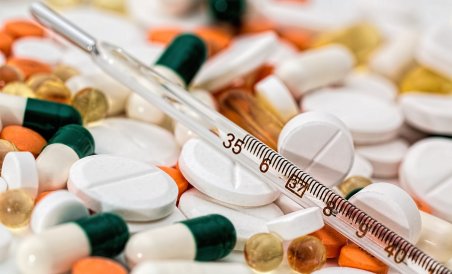 There are an estimated 100 million malaria cases with over 300,000 deaths per year in Nigeria. Malaria is a life-threatening disease. It’s typically transmitted through the bite of an infected Anopheles mosquito. Infected mosquitoes carry the Plasmodium parasite. When this mosquito bites you, the parasite is released into your bloodstream. Once the parasites are inside your body, they travel to the liver, where they mature. After several days, the mature parasites enter the bloodstream and begin to infect red blood cells. Within 48 to 72 hours, the parasites inside the red blood cells multiply, causing the infected cells to burst open. The parasites continue to infect red blood cells, resulting in symptoms that occur in cycles that last two to three days at a time. Malaria is typically found in tropical and subtropical climates where the parasites can live. The World health organization states that, in 2016, there were an estimated 216 million cases of malaria in 91 countries. SEE: WHO Definition of Cerebral Malaria

Malaria is treated with prescription drugs to kill the parasite. The types of drugs and the length of treatment will vary, depending on:

The most common antimalarial drugs include:

Artemisinin-based combination therapies (ACTs). ACTs are, in many cases, the first line treatment for malaria. There are several different types of ACTs. Examples include artemether-lumefantrine (Lonart ds) and artesunate-amodiaquine. Each ACT is a combination of two or more drugs that work against the malaria parasite in different ways.

Chloroquine phosphate. Chloroquine is the preferred treatment for any parasite that is sensitive to the drug. But in many parts of the world, the parasites that cause malaria are resistant to chloroquine, and the drug is no longer an effective treatment.

Other common antimalarial drugs include:

Can I take Malaria Drugs With Antibiotics?

Both typhoid and malaria share social circumstances which are imperative to their transmission. Therefore, a person living in such an environment is at risk of contracting both these diseases, either concurrently or an acute infection superimposed on a chronic one. Typhoid is a bacterial infection that can lead to a high fever, diarrhea, and vomiting. It can be fatal. It is caused by the bacteria Salmonella typhi. The infection is often passed on through contaminated food and drinking water, and it is more prevalent in places where hand washing is less frequent. Although caused by very different organisms  one a Gram negative bacilli, the other a protozoa, and transmitted via different mechanisms ingestion of contaminated food and water and via the bite of an insect vector respectively, both typhoid and malaria share similar symptoms. Hence the prescription of Antimalaria drugs with antibiotics.

Studies have shown that Invasive bacterial infections and misdiagnosis of bacterial infections as severe malaria are well recognized phenomena, but recent data indicate that their prevalence and clinical importance might be far greater than previously anticipated. Therefore, there are very good reasons to routinely combine antimalarials, such as artemisinins or quinine, with broad spectrum antibiotics with antimalarial activity in standardized combination therapies for the treatment of severe falciparum malaria.

Plasmodium falciparum is the dominant malaria species, as in most of Nigeria and artemether lumefantrine(AL) is first-line treatment for uncomplicated malaria since 2005.