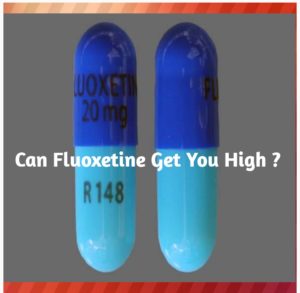 Fluoxetine -is in a group of medications known as selective serotonin reuptake inhibitors (SSRIs). They exert their action by increasing the amount of serotonin, a natural substance in the brain that helps maintain mental balance. The drug  is used to treat depression, bothersome thoughts that won’t go away (obsessive-compulsive disorder ) some eating disorders, and panic attacks. It is also used to relieve the symptoms of premenstrual dysphoric disorder, including mood swings, irritability, bloating, and breast tenderness. Fluoxetine can sometimes be used to treat attention-deficit disorder, borderline personality disorder, alcoholism, sleep disorders, headaches, mental illness, posttraumatic stress disorder, phobias, Tourette’s syndrome, obesity and  sexual problems.

Prozac should be administered once a day, either in the morning or the evening. It is only available in an oral formulation available in liquid form, tablet, and capsule and started at a dose of 20 mg per day. Keeping in mind that this medication can be efficacious at doses of 5 milligrams and weigh in one side effect profile. Upon therapy discontinuation, taper gradually over 4-6 months to minimize incidence of withdrawal symptoms and allow for detection of re-emerging symptoms; if withdrawal symptoms intolerable, following a dose reduction, resume previously prescribed dose and/or decrease dose at more gradual rate or better still talk to your doctor. However, Care should always be taken when used with drugs that affect the central nervous system (CNS), such as those belonging to the “benzodiazepines” class of drugs. Examples include diazepam and lorazepam.

Can Fluoxetine Get You High?

Yes, you can get high while using Fluoxetine. Many users have reported euphoric effects following the administration of Fluoxetine even though getting high on the drug is considered to be fairly rare. In fact, only about 0.1 – 1% of users report feelings of extreme well-being while using Prozac. Fluoxetine exert its action by increasing the amount of serotonin, a natural substance in the brain, serotonin is responsible for mood, appetite and sleep. The increased amounts of serotonin in the brain can help elevate mood, and contribute to feelings of well-being that are important when treating mental health disorders. This increased serotonin levels may also be responsible for the euphoric effect or high reported by Fluoxetine users.

However, it is illegal to deliberately use Fluoxetine or any pharmaceutical preparation in order to get high, always seek medical counsel before you take an antidepressant. You should discuss with your doctor about the risks and benefits of treating your condition with an antidepressant or with other treatments. You should also talk about the risks and benefits of not treating your condition.

Controversy continues to rage on the impact of this drug on violence. A randomized clinical trial performed by the US National Institutes for Mental Health found that fluoxetine reduced acts of domestic violence in alcoholics with a history of such behavior. Despite the above cited evidence, psychiatrist David Healy and certain patient activist groups have compiled case reports of violent acts committed by individuals taking fluoxetine or other SSRIs, arguing that these drugs predispose susceptible individuals to commit violent acts. Also Read: Can You Get High Off Gabapentin

Prozac can help treat depression, but it may have adverse effects. It can lead to suicidal thoughts, or a worsening of these, in children and young adults. This is why regulations require that this drug comes with a black box warning stating that antidepressants may increase the risk of suicide in people younger than 25 years. Other possible side effects of fluoxetine can include:

Asthenia, or lack of bodily strength

Sinusitis, an inflammation of the mucous membrane

Vasodilatation, or widening of the blood vessels

Summary of Fast facts on Fluoxetine

Prozac, also known as fluoxetine, is a selective serotonin reuptake inhibitor (SSRI) that is widely used as an antidepressant.

The adverse effects related to the use of fluoxetine include an increased risk of suicidal thoughts in some younger people.

Fluoxetine or Prozac should not be used with monoamine oxidase inhibitors (MAOIs) and some other drugs.

Anyone who wishes to stop using Prozac should do so gradually, under the supervision of a doctor in order to prevent adverse reactions. How Long Does Ecstacy High Last