Can Alcohol Cause Hemorrhoids? 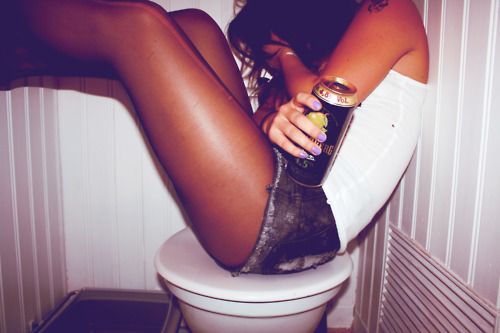 An estimated 1 in 20 Americans has symptomatic hemorrhoids. They affect people of all ages, genders, races, and ethnicities. They’re more common as you age, affecting more than half of people over age 50.

Hemorrhoids are swollen, enlarged veins that form inside and outside the anus and rectum. They can be painful, uncomfortable, and cause rectal bleeding. Hemorrhoids are also called piles. We’re all born with hemorrhoids, but at baseline, they don’t bother us. It’s only when they become swollen and enlarged that they produce irritating symptoms.

What are the types of hemorrhoids?

Hemorrhoids can happen inside or outside the rectum. The type depends on where the swollen vein develops. Types include:

External: Swollen veins form underneath the skin around the anus. Your anus is the canal where poop comes out. External hemorrhoids can be itchy and painful. Occasionally, they bleed. Sometimes they fill with blood that can clot. This is not dangerous but can result in pain and swelling.

Internal: Swollen veins from inside the rectum. Your rectum is the part of the digestive system that connects the colon (large intestine) to the anus. Internal hemorrhoids may bleed, but they usually aren’t painful.

Prolapsed: Both internal and external hemorrhoids can prolapse, meaning they stretch and bulge outside of the anus. These hemorrhoids may bleed or cause pain.

Can Alcohol Cause Hemorrhoids?

According to an April 2020 report from the National Institute on Alcohol Abuse and Alcoholism, Americans’ alcohol consumption reached 7.8 billion gallons in 2018. Alcohol disorders affect the lives of over 6% of Americans over the age of 18.

Among the many health issues attributed to AUD’s, The health of your veins depends on a strong, healthy flow of blood throughout the arteries and veins of the circulatory system. There is no direct relationship between alcohol and hemorrhoids, but there is an undeniable indirect relationship. Drinking too much alcohol can raise blood pressure, putting stress on the veins and circulatory system. When you have more than three or four drinks in one sitting (on average), your blood pressure will temporarily be raised, which is why people experience reddening of the skin when intoxicated. Long-term, repeated binge drinking can cause long-term increases and lead to problems later on in life.

High blood pressure puts stress on the veins. When your veins are stressed, you have a higher chance of things like hemorrhoids and other vein issues occurring. Hemorrhoids are essentially over-stressed veins becoming inflamed, leading to symptoms of bleeding and swelling. In this way, alcohol and hemorrhoids share a relationship.

Alcohol can also cause issues with bowel movements. Alcohol is a diuretic. It causes dehydration in the drinker. Dehydration often causes constipation. When constipated, more force than normal is needed to pass bowel movements. It is this exertion that can strain the hemorrhoids and lead to symptoms and pain.