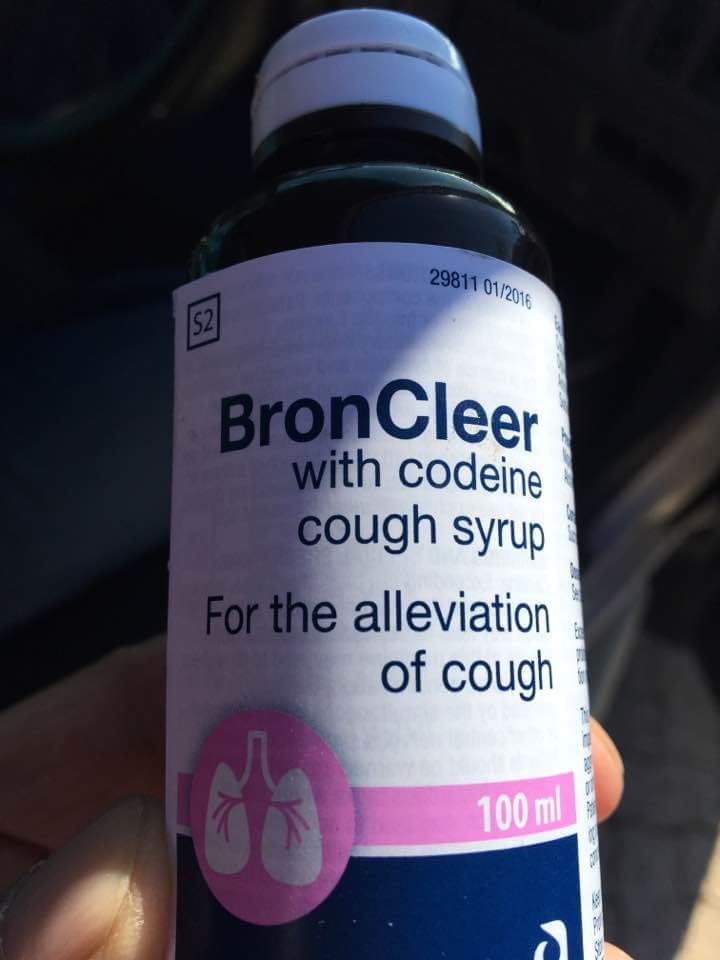 BronCleer is a codeine based cough syrup produced by a pharmaceutical company in Africa. It contains both alcohol and 16.9% codeine. This combination product is used to treat symptoms caused by the common cold, flu, allergies, hay fever, or other breathing illnesses (e.g., sinusitis, bronchitis). Decongestants help relieve stuffy nose symptoms.

This product also contains an opioid cough suppressant (antitussive) that affects a certain part of the brain, reducing the urge to cough. Antihistamines relieve watery eyes, itchy eyes/nose/throat, runny nose, and sneezing. Opioid cough suppressants like BronCleer should not be used in children younger than 18 years. Children are at higher risk for serious (even fatal) side effects, especially breathing problems. Talk with the doctor about the risks and benefits of this medication. Cough-and-cold products do not cure colds. Cough due to a common cold often does not need to be treated with medicine. Ask your doctor or pharmacist about other ways to relieve cough and cold symptoms, such as drinking enough fluids, using a humidifier, or saline nose drops/spray.

Because codeine based syrups such as BronCleer are less regulated than some opiates considered to be more dangerous, getting and abusing it is relatively easy. This is despite the fact that codeine is very similar chemically to drugs such as morphine and hydrocodone.

The effects of Broncleer include:

As an opiate based cough syrup, BronCleer runs a high risk of its users developing a tolerance and eventually a dependence on it. Although many people begin using codeine to relieve a legitimate condition, it is frequently abused as tolerance develops. Many BronCleer users begin to turn to the drug to cope with all of their physical pain and eventually their emotional pain as well.

An addiction to codeine may develop from continued abuse of the BronCleer cough medicine. Codeine can lull its users into a false sense of security because many people do not consider it to be as powerful or addictive as its opiate family members. Codeine is considered a gateway drug to other opiates, including morphine and even heroin.

Many people don’t stop at codeine based syrups. They try to reach a better high by mixing it with other substances, including alcohol. Because codeine and alcohol are both central nervous system (CNS) depressants, combining them can lead to dangerous levels of depression in the brain and respiratory failure. 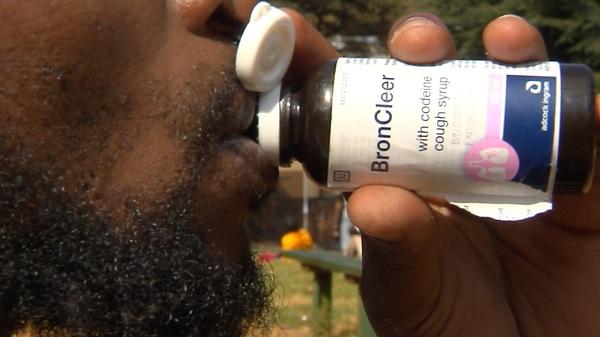 The Menace of BronCleer Abuse

People in Southern Africa especially in countries like Zimbabwe consume thousands of bottles of BronCleer to feel drunk and high simultaneously. Studies show that around 57% of those admitted to Zimbabwe mental institutions were because of BronCleer abuse. 80% of those patients were 16-40-year-olds (mostly males.) BronCleer cough syrup is often smuggled in from South Africa and according to the Medicines Control Authority of Zimbabwe, BronCleer is not licensed for sale, even with a prescription in the country.

Following widespread abuse, Adcock suspended the production of Broncleer and implemented extensive measures to control the distribution of codeine-containing products and curb abuse. This included a temporary voluntary sales suspension of BronCleer that was widely available without prescription.

What are the Side Effects of BronCleer?

The Codeine component of this syrup may cause serious side effects including:

The most common side effects of Codeine include:

Tell the doctor if you have any side effect that bothers you or that does not go away. These are not all the possible side effects of Codeine Sulfate. For more information, ask your doctor or pharmacist. Call your doctor for medical advice about side effects. SEE: How to Spot Fake Qualitest Codeine Products

RP 7.5/325, Basic, Side Effects Addiction
Broncleerhow much codeine is in broncleer cough syrup
May 14, 2021 Family & Community HealthPublic HealthComments Off on Broncleer With Codeine: Uses, Side Effects, Addiction