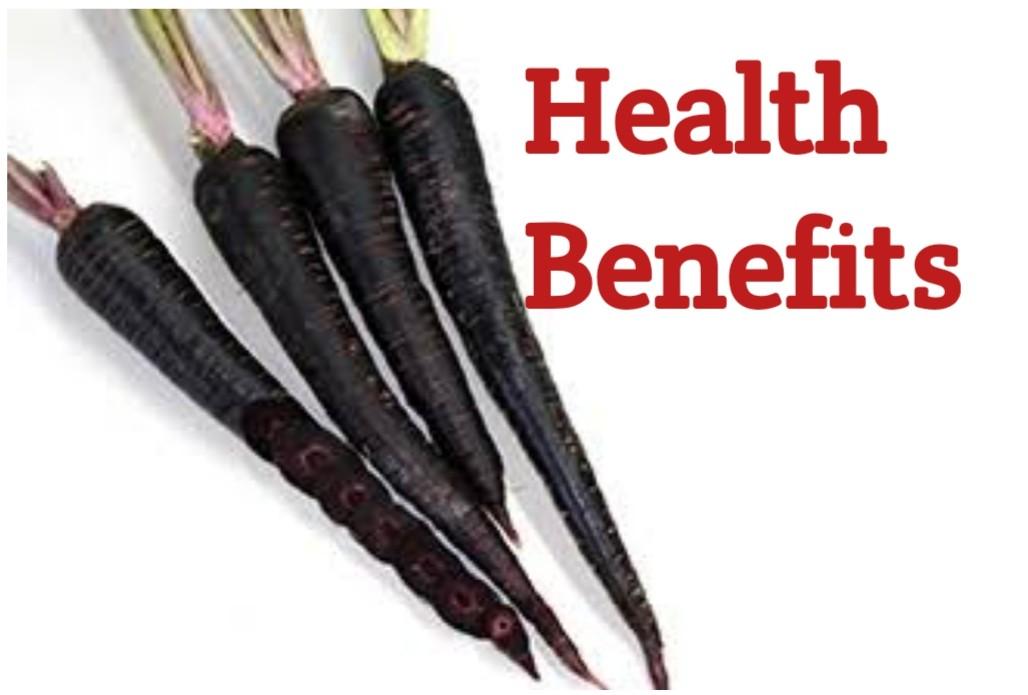 Black carrot scientifically known as Daucus carota L, belong to the Apiaceae family of mostly aromatic flowering plants named after the type genus Apium and commonly known as the celery. They are a source for natural food coloring that originate from Turkey and other regions of the Middle East and Asia. Carrots were first cultivated in Afghanistan approximately 1,100 years ago and the flesh of these carrots was purple. It wasn’t until the 16th century when the Dutch starting selecting specific carrot seeds that bred specifically for an orange colored carrot. The nutrients in Black Carrot Pigment that give them their colour are anthocyanins which have several health benefits, such as the potential for treating many diseases and neurological dysfunctions.

The fresh black carrots are suitable for salad, juice, pickle and kanji which are good appetize. The “Journal of Agricultural and Food Chemistry” published a study in April 2011 that investigated the anthocyanin content in four varieties of black carrots including the Antonina, Beta Sweet, Deep Purple and Purple Haze and found a range of anthocyanin levels, from 1.5 milligrams per 100 grams up to 97.9 milligrams per 100 grams. Here are the health benefits of  black carrot:

Alzheimer’s disease is a progressive disorder that causes brain cells to waste away (degenerate) and die. Alzheimer’s disease is the most common cause of dementia — a continuous decline in thinking, behavioral and social skills that disrupts a person’s ability to function independently. Black Carrot Extract Juice has potential benefit in the management of this condition. New research suggests that eating black carrots on a regular basis could have positive benefits in reducing the risk of neurological diseases such as Alzheimer’s. Some components of black carrots -including its anti-inflammatory properties and anthocyanin- can play an important role in treating these conditions. The research is not yet conclusive but it’s a big step towards understanding Alzheimer’s as well as its potential natural treatments.

Alzheimer’s is one of the leading causes of death among seniors around the world. Despite billions of dollars dedicated to research, there hasn’t been any definitive step forward yet in understanding what causes the ailment and how to treat it. Alzheimer’s is a neurological disease that causes progressive loss of memory and cognitive abilities.

Black carrot can also be beneficial when treating cancer. Cancer is a group of diseases involving abnormal cell growth with the potential to invade or spread to other parts of the body. These contrast with benign tumors, which do not spread. The anthocyanins of black carrot are effective for the risk reduction of different types of cancer.

A daily intake of anthocyanins has a certain demonstrated several benefits in the management of cancer due in part to their antioxidant and anti-inflammatory activities. Lately, great attention is paid to their anticancer properties due to the need for user-friendly approaches to improve the treatment. So far, cancer had been nominated to be the second in top 10 diseases of the twenty-first century. Those colorful pigments have the ability to modulate the activity of multiple targets involved in carcinogenesis through direct interaction or modulation of gene expression and can also inhibit the growth of cancer cells. READ MORE ON: Can Carrot Juice Kill Cancer Cells

Black Carrot extract juice can lower serum cholesterol, soften the blood vessel, prevent arteriosclerosis. Arteriosclerosis occurs when the blood vessels that carry oxygen and nutrients from your heart to the rest of your body (arteries) become thick and stiff sometimes restricting blood flow to your organs and tissues. Over time, plaque hardens and narrows your arteries. This limits the flow of oxygen-rich blood to your organs and other parts of your body. Atherosclerosis can lead to serious problems, including heart attack, stroke, or even death. Black carrot can also slow down blood pressure, inhibit cardiac muscle and slow down the heart rate, sedation.

Black carrots are rich sources of  vitamins C and E in addition to phenolic and anthocyanins compounds which  contributes significantly to anti-oxidant activity which prevent or inhibit, the oxidation by scavenging free radicals and reducing the oxidative stress and support the immune system. The immune system prevents countless diseases and cures infections. However, sometimes it needs a little help. Eating a diet rich in antioxidants like black carrots can provide that extra boost.

In addition, black Carrot extract juice is a good anti-aging agent. Antioxidants reduce the chance of ageing by diminishing or maintaining the level of oxidants with or without free radical activity. Antioxidants and “anti-aging” go hand-in-hand because they slow the process of ageing.

Black Carrot extract juice promotes a balanced female sex hormone profile. A hormonal imbalance can cause female infertility by disrupting ovulation, preventing the thickening of the uterine lining, or otherwise preventing a pregnancy from becoming established. In addition, A study by Harvard researchers published in the journal Fertility and Sterility found that produce rich in beta-carotene like black carrots can improve sperm motility (its ability to swim toward an egg) by up to 8 percent. Carrots were singled out for their sperm-boosting properties.

Alternative To Synthetic Food Colorings Such as FD&C Red 40

Red Dye 40 is one of the most widely used food dyes, as well as one of the most controversial. The dye is thought to be linked to allergies, migraine, and mental disorders in children. The peach to strawberry red colour that Black Carrot Pigment produces can provide a natural alternative to synthetic food colorings such as FD&C Red 40.  Manufacturers use color additives in foods and beverages to enhance naturally occurring colors, add color for visual appeal, and offset color loss that may occur due to storage conditions. However, compared with their natural alternatives, synthetically produced color additives provide a more uniform color, blend easier, are cheaper, and do not add undesirable flavors.

Although black carrot proposes many benefits, if consumed in high doses, it can cause side effects. High doses of the juice of extract of black carrot can cause nerve and kidney problems, skin rash and allergic reactions in persons with an allergy to celery, birch and related plants. Black carrot should be avoided during pregnancy and breastfeeding.

What are the Benefits and Side Effects of IPulse?