Before Touching Prepared Food With Your Hands You Must? 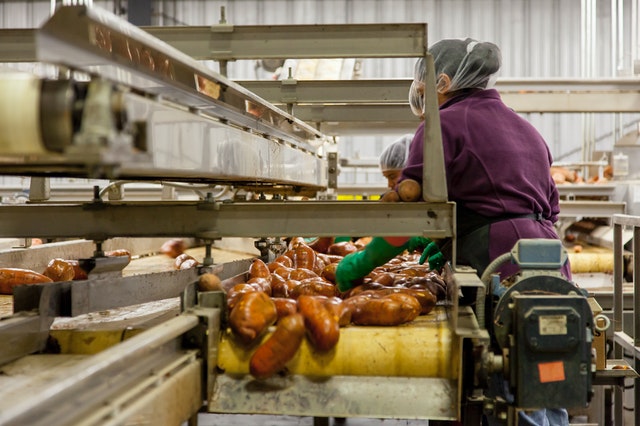 Question: Before touching prepared food with your hands, you must:

a. Put your hands under running water

b. Wipe your hands with paper towels

d. Use an alcohol-based hand sanitizer

WHO data indicate that a number of factors related to food handling are responsible for a large proportion of foodborne disease episodes everywhere. Common errors include:

Gloves are used very often in the food industry, especially when workers are preparing food. Unfortunately, some people don’t understand how to properly use gloves. Use these key points to help remind your food workers that gloves are an important step in serving safe food.

Over fifteen years ago, the National Advisory Committee on Microbiological Criteria for Foods concluded that bare hand contact with food contributes greatly to the transmission of foodborne illness. Employees can very easily shed viral pathogens if they are infected, and they can shed these pathogens even before they realize they are sick. Most of these pathogens have a low infective dose, meaning that people don’t have to ingest many of them before they start to get sick. The FDA decided that handwashing alone is not sufficient to prevent transmitting these pathogens. That’s why using gloves is so important! It provides another barrier between potentially dangerous pathogens and the food the worker is preparing. This is especially important when preparing foods that will not go through a cooking step before it reaches the customer.

Gloves certainly are useful, but they are not magical. Many people have the mindset that if they have gloves on, the food they prepare will always be safe. However, gloves can become contaminated just as easily as a worker’s hands. If food workers don’t wash their hands before putting on gloves or don’t put gloves on properly, the gloves could be contaminated with dangerous pathogens. Workers must wash their hands before putting on a new pair of gloves, whenever they put on a new pair. Also, simply having gloves on does not mean the food being prepared will be protected from pathogens.

Since gloves can become contaminated very easily, they must be changed often. They may only be used for one task and must be discarded if damaged or if the worker is interrupted during their task. If a worker is performing the same task, the gloves must be changed every four hours because that’s long enough for pathogens to multiply to dangerous levels. Anytime the gloves become contaminated, they must be changed. This includes if a worker simply touches a part of their exposed skin, or if they perform a task such as taking out the garbage. Don’t forget that they must wash their hands before putting on the new pair of gloves.

Gloves are a wonderful tool that can be used to protect customers from foodborne illness when used correctly. Gloves, just like bare hands, can be easily contaminated. Workers should remember to change their gloves often and wash their hands before putting on a new pair. Proper glove usage is a very important way to protect your customers from becoming sick from the food you serve. Use the above infographic and our Keep Food Safe Poster to visually remind food workers about important basic food safety principles and proper glove use. And food workers can use our Food Handler Training course to learn all the important food safety principles they need to know.

How to Wash Your Hands Properly?