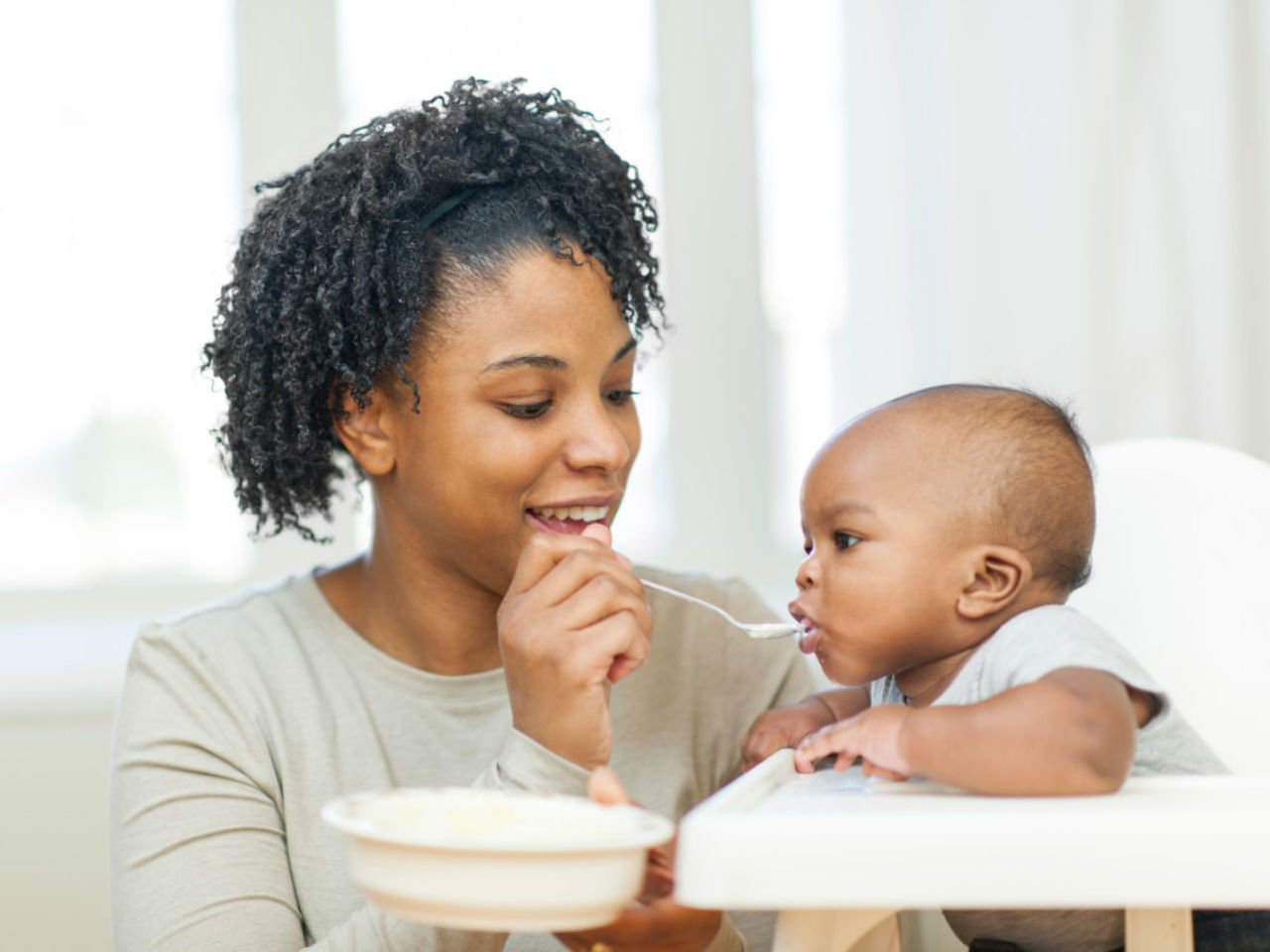 Exclusive breastfeeding for 6 months has many benefits for the infant and mother. Chief among these is protection against gastrointestinal infections which is observed not only in developing but also industrialized countries. Early initiation of breastfeeding, within 1 hour of birth, protects the newborn from acquiring infections and reduces newborn mortality. The risk of mortality due to diarrhea and other infections can increase in infants who are either partially breastfed or not breastfed at all.

Around the age of 6 months, an infant’s need for energy and nutrients starts to exceed what is provided by breast milk, and complementary foods are necessary to meet those needs. An infant of this age is also developmentally ready for other foods. If complementary foods are not introduced around the age of 6 months, or if they are given inappropriately, an infant’s growth may falter. Chicken livers have been one of the most controversial foods over the last few decades. Some have complained about their high cholesterol content while others have sung praises of their impressive nutrients portfolio.

In recent times, this organ meat from the chicken has proven to be rich in healthful nutrients and is mostly inexpensive, chicken liver is a rich source of protein. It also acts as a great choice when striving for a balanced diet. Often called a “superfood,” chicken liver is packed to the brim with nutrients such as Vitamin A, Vitamin B2, or riboflavin, and B12 which helps the brain work better.

Safety is of uttermost concern when considering or preparing foods for babies because they are more vulnerable to bacteria than older children and adults. In the past decades, there have been concerns that chicken livers are laden with dietary cholesterol, thus making them bad for heart health. However, recent studies have shown that the combination of saturated and trans fat is to blame for the increasing bad cholesterol levels in the body and not the cholesterol present in food. Another big concern regarding chicken livers is that they can cause infections if insufficiently cooked as a bacteria called ‘campylobacter’ can enter our system through the meat.

In addition, the amount of Vitamin A in chicken liver is too much for a pregnant woman and her unborn baby. As such, women should avoid chicken liver throughout their pregnancy. When improperly stored or prepared, chicken liver pate can cause food poisoning or infection. A bacteria known as campylobacters can grow and cause illness when chicken liver pate is not properly washed and heated.

Safety is a major concern when it comes to feeding infants and toddlers. Both food poisoning and choking can have serious consequences. Staying informed and following a few guidelines can help to make mealtime safer.

Infants and young children tend to have weaker immune systems than adults, which makes food poisoning very dangerous for this age group. The Centers for Disease Control and Prevention report those under 5 years of age as being at high risk, with increased rates of infection and serious complications, such as kidney failure.

By making use of safe food handling and preparation guidelines, you can help reduce the risk of spreading food poisoning.

Honey, until after the baby’s first birthday because it can harbor spores of toxic bacterium that can cause botulism, a severe foodborne illness caused by a bacterium that occurs in soil.

Avoid feeding young children straight from a container that is going to be stored again for later use such as a baby food jar. The “double dipping” from spoon-to-mouth and back to the container, introduces bacteria from your child’s mouth into the rest of the food. This bacteria can continue to grow in the leftovers and may cause food poisoning. A safer method is to spoon baby food from the jar into a separate dish and then feed from the new dish instead. Throw away all uneaten food from the dish. Food that has not been in contact with the child’s mouth can be stored in the refrigerator according to the guidelines below.

For safe food storage, reseal the container of food that has not been used to feed the child and store it in the refrigerator (at 40°F or below).

Best Milk For Babies In Nigeria

Which of These Methods is NOT Safe For Cooling Food?