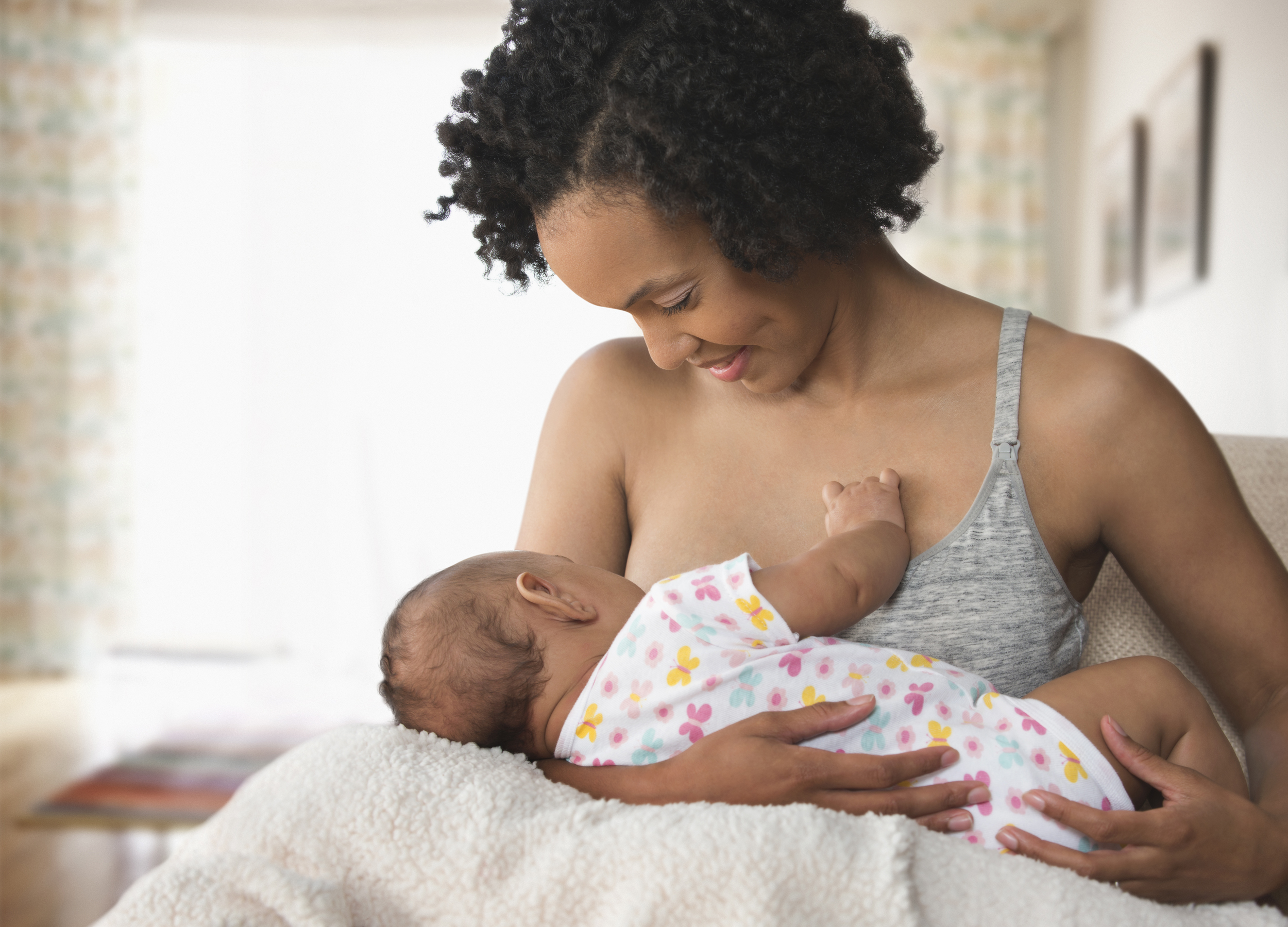 According to the World Health Organization, breastfeeding is one of the most effective ways to ensure child health and survival. However, nearly 2 out of 3 infants are not exclusively breastfed for the recommended 6 months—a rate that has not improved in 2 decades.

Breastmilk is the ideal food for infants. It is safe, clean, and contains antibodies that help protect against many common childhood illnesses. Breastmilk provides all the energy and nutrients that the infant needs for the first months of life, and it continues to provide up to half or more of a child’s nutritional needs during the second half of the first year, and up to one third during the second year of life.

Breastfed children perform better on intelligence tests, are less likely to be overweight or obese, and are less prone to diabetes later in life. Women who breastfeed also have a reduced risk of breast and ovarian cancers.  Inappropriate marketing of breast-milk substitutes continues to undermine efforts to improve breastfeeding rates and duration worldwide.

When should a mother avoid breastfeeding (contraindications)?

Breast milk provides the best nutrition for most infants, including premature and sick newborns. However, there are rare exceptions when breast milk or breastfeeding is not recommended. Learn more about contraindications to breastfeeding.

Only a few medications are contraindicated (not recommended) while breastfeeding. Although many medications do pass into breast milk, most have little or no effect on milk supply or on an infant’s well-being. However, health care providers should always weigh the risks and benefits when prescribing medications to breastfeeding mothers.

How is growth assessed for breastfed infants?

The World Health Organization (WHO) Growth Standard Charts are recommended for use with both breastfed and formula-fed infants and children, from birth to 2 years of age, to monitor growth. The WHO growth charts reflect growth patterns among children who were predominantly breastfed for at least 4 months and were still breastfeeding at 12 months. The WHO growth charts establish the growth of the breastfed infant as the norm for growth and are the standards for how children should grow when provided optimal conditions. Clinicians should be aware that healthy breastfed infants typically gain weight faster than formula-fed infants in the first few months of life but then gain weight more slowly for the remainder of infancy, even after complementary foods are introduced.

For children older than 2 years (2 to 19 years of age) CDC and the American Academy of Pediatrics recommend that health care providers use the CDC Growth Reference Charts.

How long should a mother breastfeed?

Mothers should be encouraged to breastfeed their children for at least 1 year. The longer an infant is breastfed, the greater the protection from certain illnesses and long-term diseases. The more months or years a woman breastfeeds (combined breastfeeding of all her children), the greater the benefits to her health as well.

The American Academy of Pediatrics recommends that children be introduced to foods other than breast milk or infant formula when they are about 6 months old.

What can happen if someone else’s breast milk is given to another child?

Very few illnesses are transmitted via breast milk. Learn more about what to do if an infant or child is mistakenly fed another woman’s expressed breast milk.

Occupational exposure to human breast milk has not been shown to lead to transmission of HIV or Hepatitis B infection. However, because human breast milk has been implicated in transmitting HIV from mother to infant, gloves may be worn as a precaution by health care workers who are frequently exposed to breast milk (e.g., people working in human milk banks (defined below).

What are human milk banks?

Human milk banks are a service established for the purpose of collecting milk from donors and processing, screening, storing, and distributing donated milk to meet the specific needs of individuals for whom human milk is prescribed by licensed health care providers. When possible, human milk banks also serve healthy infants who have been adopted or are not able to get their own mother’s milk.

Milk banks accept donations directly at their deposit or they can arrange for safe, overnight transportation of human milk at no cost to the donor.

Is it safe for families to buy breast milk on the internet?

The American Academy of Pediatrics and the Food and Drug Administration recommend avoiding Internet-based milk sharing sites and instead recommend contacting milk banks. Research has demonstrated that some milk samples sold online have been contaminated with a range of bacteria. ALSO SEE: Best Milk For Babies

WHO and UNICEF Recommendations on Breastfeeding

Can You Smoke Weed While Breastfeeding?