Why Is My Hairline Receding? 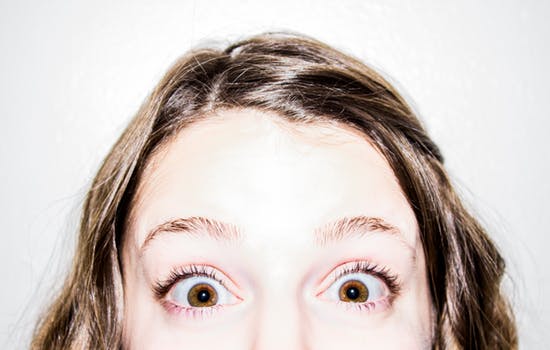 Why Is My Hairline Receding

A receding hairline is the loss or  failure of the hair to grow at the temples and above the forehead . Receding hairlines are more common in men than in women and the tendency for hair to recede increases as an individual grows older. Available data has shown that by the age of 35, about 40 percent of men have experienced some substantial level of  hair loss while hair loss in women mostly become evident as they approach the age of 50.A study conducted in 2010, by the International Society of Hair Restoration, reported that over  923,599 individuals around the world have sought the assistance of Trichologists for various issues relating to receding hair or hair loss.

Dr Ronald Shapiro a renowned  dermatologist in a recent paper on the social impact of hair loss  stated that; although, there are those who accept hair loss gracefully, for the many it is the causes of significant social and psychological stress. Hair loss and receding hairline is a condition that dates back centuries ago. One of the oldest known medical texts is an ancient Egyptian papyrus scroll. Among its remedies is an ointment for the restoring hair loss consisting of equal parts crocodile and hippopotamus fat.

Why do hairlines recede

Why do hairlines recede # 1 Genetics

A combination of gene and hormone levels play a vital role in hair loss especially in men. The conversation of testosterone into dihydroxytestosterone in the scalp is a key factor in this regard . Hereditary hair loss accounts for 99% of hair loss in men.

Why do hairlines recede # 2 Hair style

One of the major causes of receding hairline especially in Africans and other people of color is hairstyle. The pressure,tension and stress inflicted the hair root by certain types of hair styles results in a specific type of receding hairline known as  traction alopecia.

Why do hairlines recede # 3 Infections

Fungal infections such as Tinea Capitis which is caused by a dermatophyte can lead to a receding hairline. Tinea capitis accounts for about 90% of all fungal infections in Europe and America according to the World Heath Organization (WHO).

Why do hairlines recede # 4 Diet

The type of food an individual consumes has a significant impact on the health of the hair. A research which evaluated the impact of food and certain nutrients on hair reported that women with receding hair  have significantly lower levels of  iron and vitamin D2 .

Why do hairlines recede # 5 Stress

The Human body responds to stress by the release of a substance known as cortisol which has a negative effect on the bodys system’s including the immune system and natural hair growth. In men it has been estimated that stress account for up to 40% of hair loss.

Why do hairlines recede # 6 Damage from Chemicals in Hair Products

Many hair products contains ingredients that  are detrimental to the hair, scalp, and follicles. The continuous or application of these  products  cause the hair to thin which eventually contributes to hair loss. It is important to note that the application of certain innocuous  hair products beyond specified quantities as recommended by the manufacturers  can also lead to loss of hair .

Why do hairlines recede # 7 Pharmaceuticals and Other Medications

Pharmaceutical products mainly prescription medicines have been implicated in the loss of hair. One of the first places to look , when a receding hair is noticed  should be the  the drug cabinet because of the variety of medications that can lead to loss of hair .

Medications that can cause receding hairline:

Hair loss is a major side effect  of acne medications  especially those containing retinol (Vitamin A). A typical example is  Isotretinoin (Absorica , Accutane).

Anticoagulants like warfarin or Coumadin have also  been reported to cause hair loss.

With the exception of rosuvastatin (Crestor),  the administration of statins such as atorvastatin (Lipitor) and simvastatin (Zocor)  often lead to hair loss.

Contraceptives is one of the major cause of receding hairline in women of reproductive age  and the administration of  hormones such as  progesterone, androgen and testosterone is  often accompanied with hair loss as a side effect.

Blood pressure medications such as ACE  Inhibitors have been reported to cause hair loss in a limited number of individuals using the medications. The ACE inhibitors implicated in this regard are  captopril and lisinopril.

Read : How to Regrow Hair on Bald Head

How To Stop Receding Hairline For Women