Who Are the Stakeholders in The Healthcare System? 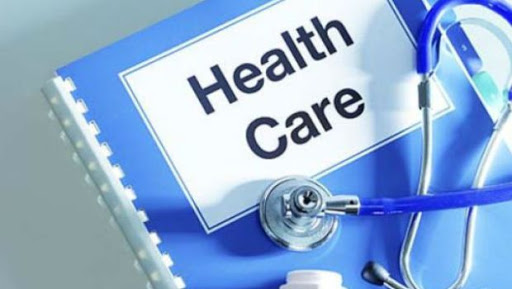 A stakeholder has an interest, or “stake,” in the success or failure of a business or its projects. If An entity folds up tomorrow, these people would be affected in some way. When somebody is labeled a key stakeholder, it simply means that person is one of the top stakeholders in the business and its projects.

Who are the stakeholders in the healthcare system?

For the purposes of our discussion, we define stakeholders as those entities that are integrally involved in the healthcare system and would be substantially affected by reforms to the system. The major stakeholders in the healthcare system are patients, physicians, employers, insurance companies, pharmaceutical firms, and the government. Insurance companies sell health coverage plans directly to patients or indirectly through an employer or governmental intermediaries. Pharmaceutical firms develop and then market medications that are prescribed by doctors to treat patients. Typically they receive remuneration through insurance or governmental drug-benefit plans. Many employers offer health insurance coverage with varying deductibles and co-pays for their employees. Physicians are the providers of medical care; patients are the recipients. And government subsidizes healthcare for the elderly, the disabled, and the poor. All stakeholders have duties and responsibilities.

Clearly, the interrelationship among the stakeholders in the healthcare system is rather complex. Two of the stakeholders, pharmaceutical firms and insurance companies, are publically owned corporations listed on the stock exchange. Their primary responsibility is to maximize stockholder wealth. Likewise, the primary goal of employers is to make money; however, their provision of health insurance for employees is a benefit, not a source of profit. Unlike the other stakeholders, physicians have direct fiduciary duties and responsibilities toward their patients. Although they receive remuneration for their services, the doctor-patient relationship is a sacred trust that transcends monetary reward. Patients have rights, duties, and responsibilities. Finally, democratic government has duties and responsibilities towards its citizens, but how they are defined in regard to the provision of healthcare is an evolving American story.

Currently, rising premiums and strict requirements are keeping many people from obtaining health insurance. Insurance companies remain profit-driven, but the nature of their service should not be profit-focused. Adequate healthcare is becoming harder to obtain due to financial hardship. Insurance companies need to find an appropriate balance between their responsibilities towards both shareholders and patients. Quarterly reports for stockholders encourage the companies to focus more on profits than affordability. This causes insurance companies to have tight regulations against preexisting conditions so that most healthy individuals are selected for their plans. Such patients will not utilize costly procedures as often as individuals with chronic illnesses. However, this is unethical of insurance companies because it reduces healthcare to a profit-centered industry, and prevents those in need from receiving care. 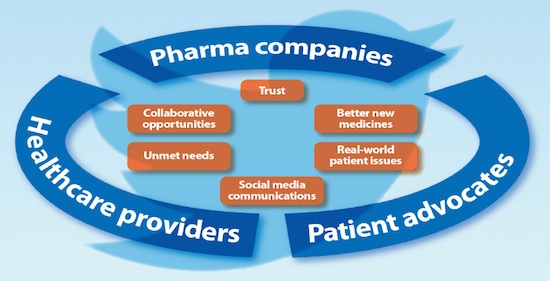 Pharmaceutical companies also play a key role in the healthcare system because many patients rely on their products. The prices for drugs are rising, and there are no caps to prevent them from reaching extravagant prices. The argument that pharmaceutical companies need to charge ever-higher prices to cover research costs is simply not true. Although PHARMA spent $43 billion on R&D in 2006, it spent nearly twice as much on promotion, and it consistently has profit margins far above those of most Fortune 500 companies.

Whether or not you argue that pharmaceutical companies have a moral responsibility to ensure that people can afford their products, at the very least they have the duty, to be honest, and practice fair marketing. Marcia Angell, previously an editor of the New England Journal of Medicine, has written extensively about the unethical behaviors of pharmaceutical companies. Let me cite one example. Through personal experience, the author who had an office practice since the early 1980s witnessed a sinister change in the way pharmaceutical companies market their products to physicians. Previously they sent pharmacists with a depth of knowledge about their products to objectively educate the physician about the benefits and risks of a particular brand of medication. However, since the late 1980s pharmaceutical firms send young attractive representatives with no formal training to market their drugs by establishing a social relationship with the physician and by offering incentives to prescribe their product. Many physicians whose prescribing practices are unduly influenced by pharmaceutical representatives share the blame. They tend to respond to conversations about certain drugs rather than reading biomedical literature. 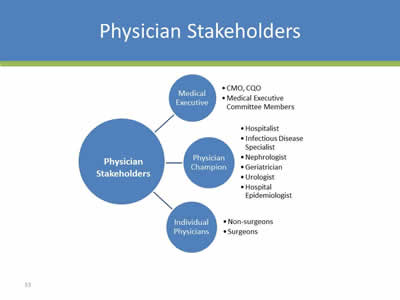 Physicians play a key role in ensuring that their patients receive adequate healthcare, but also in controlling the rising costs of healthcare. They have to find a balance between having a gatekeeper role for the insurance companies and being an advocate for the patient. Assigning a gatekeeper role to primary care physicians had the intention of lowering healthcare costs because fewer tests and referrals would be made. However, this is not working and it may be best to re-evaluate the role a primary care physician has in regard to referring patients. A coordinator role may be more beneficial than a gatekeeper status. Also, since primary care physicians have increased the number of patients seen in a day to compensate for their decrease in revenue, this causes an increase in defensive diagnostic testing. The doctors do not have adequate time to review the chart or spend time with the patient, so they order more tests to reduce their liability risks. These actions cause healthcare spending to increase as well. By placing the physician between these two roles, a conflict of interest is created. Ethically, the doctor has a fiduciary duty to protect the interests of his patient, but in the current managed care environment, insurance companies give incentives to physicians to order fewer referrals and to cram more patients into each workday. Edmund Pellegrino stated, “What our health policies do to the individual patient serves as a reality check to what values we hold most dear and the ethical foundation of the policies we develop and impose”. It appears that money is at the center of our values.

Physicians also have obligations to patients independent of insurance companies. A physician has an obligation of beneficence to do whatever is necessary to benefit his patient. However, if he acts independently (“doctor knows best”) without taking into account the desires of his patient, he is practicing paternalism. Thus, the obligation of beneficence must be balanced by the principle of patient autonomy. Each patient is unique and has the right to participate completely in decisions about his health. 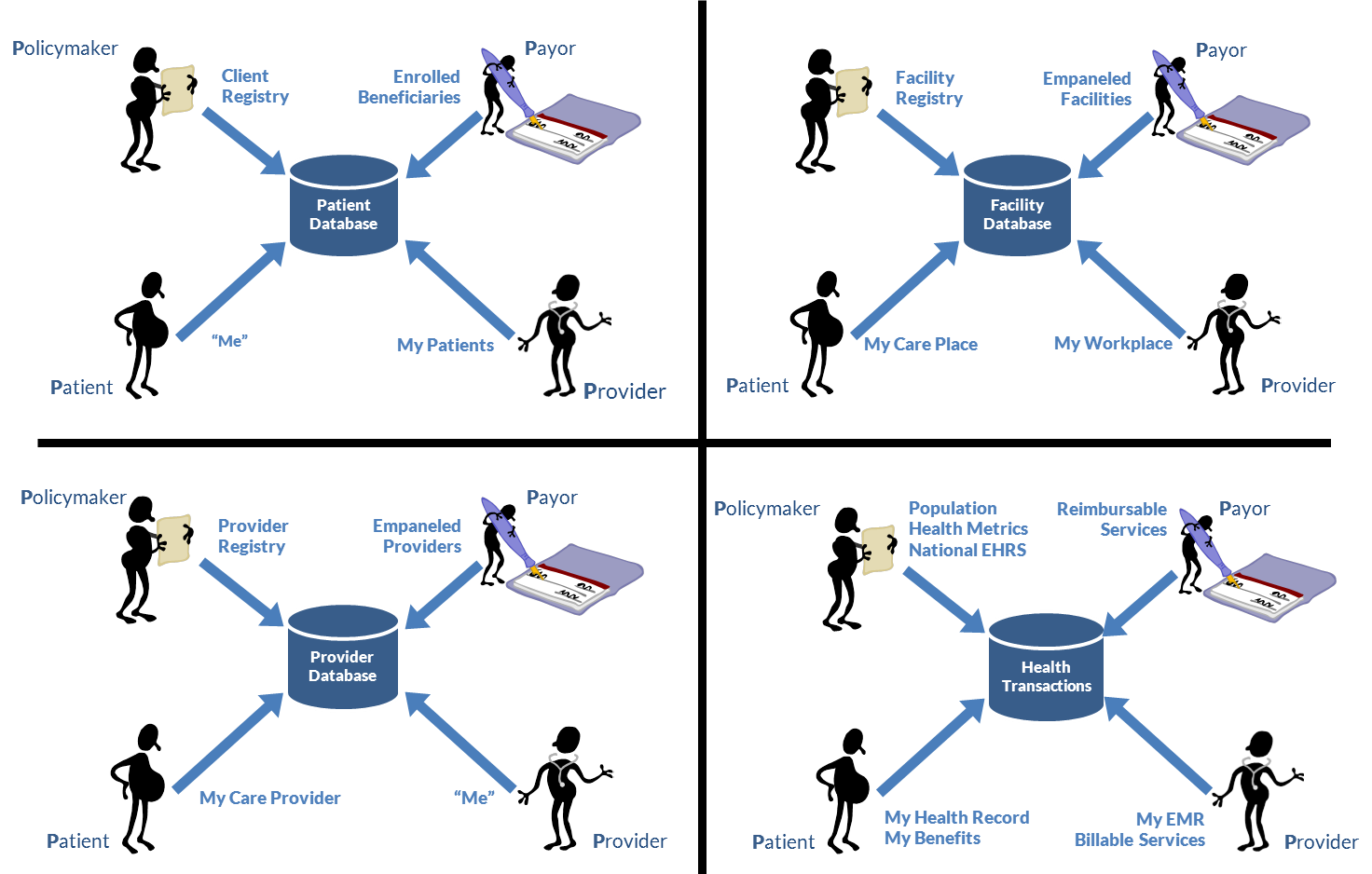 Patients also have an ethical responsibility toward their own health and towards controlling costs. While it would be impossible to implement a program that forced people to live healthy lifestyles, it is reasonable to assume that healthier living would lead to lower healthcare costs. Some companies, such as Wal-Mart and the WHO, have stopped hiring employees who smoke to reduce healthcare-related costs. Often doctors are accused of overprescribing diagnostic tests, but this practice may be the result of patients who demand multiple tests even if some are unnecessary. As technology increases, patients with insurance want the newest, most advanced, and most expensive treatments that their insurance plan will cover, and oftentimes physicians succumb to their requests. The most expensive treatments are not necessarily the best, and the patient has a duty to participate with the physician in making reasonable and cost-effective choices. 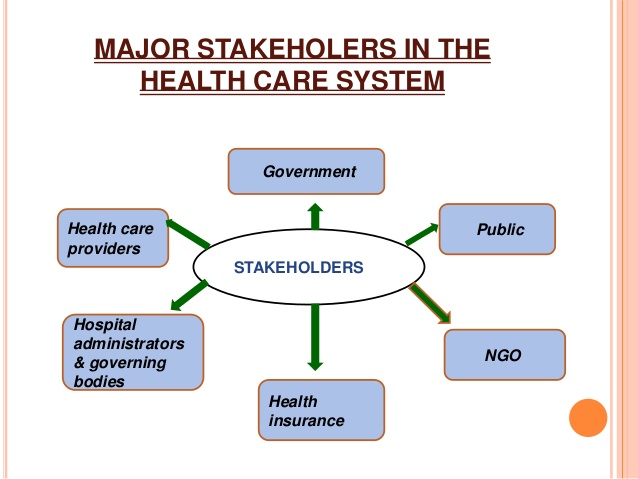 “We hold these truths to be self-evident, that all men are created equal, that they are endowed by their Creator with certain unalienable rights that among these are Life, Liberty and the pursuit of Happiness”. The Declaration of Independence seems to juxtapose two rights: the right to equality and the right to liberty. Equalitarians emphasize the former; libertarians, the latter. Equalitarians hold that healthcare is a human right; libertarians hold that healthcare is a commodity. Equalitarianism emphasizes the role of government and is more appealing to democrats; libertarianism emphasizes the role of free-market and is more appealing to republicans. The fundamental chasm between these two contrasting ideologies which are operative in American culture remains an impediment to healthcare reform in the United States. SEE: How 5G Networks Will Affect Healthcare

6 Reasons to Utilize Automation in Healthcare

What Is Behavioral Healthcare?

NHIS Operational Guidelines PDF
stakeholders in healthcare
November 3, 2022 Family & Community HealthPublic HealthComments Off on Who Are the Stakeholders in The Healthcare System?