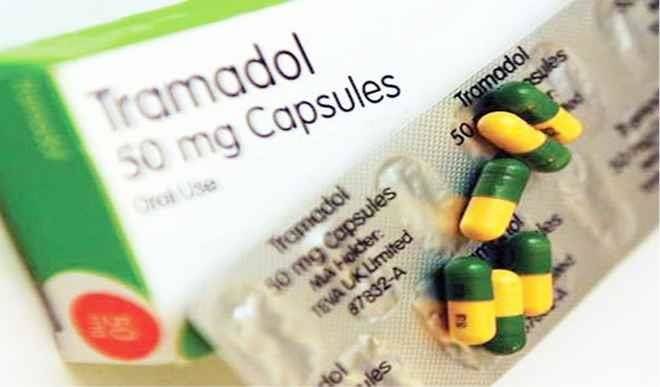 Tramadol is a centrally acting analgesic with a multimode of action. It acts on serotonergic and noradrenergic nociception, while its metabolite O-desmethyltramadol acts on the µ-opioid receptor. Its analgesic potency is claimed to be about one tenth that of morphine.

Tramadol is used to treat both acute and chronic pain of moderate to (moderately) severe intensity. Tramadol monotherapy does not usually provide adequate analgesia. In chronic non-cancer pain, there is little evidence for the use of tramadol for more than three months. Tramadol is considered to be a relatively safe analgesic.

The main adverse reactions to tramadol therapy are nausea, dizziness, and vomiting, particularly at the start of the therapy. At therapeutic doses, tramadol does not cause clinically relevant respiratory depression. Tramadol is contra-indicated, however, in patients with diminished respiratory function. Tramadol is generally considered as a medicinal drug with a low potential for dependence relative to morphine.

Nevertheless, tramadol dependence may occur when used for prolonged periods of time (more than several weeks to months). Dependence to tramadol may occur when used within the recommended dose range of tramadol but especially when used at supra-therapeutic doses. In many individuals with tramadol dependence, a substance abuse history is found. Orally administered tramadol can produce opioid-like effects (both mentally and physically) but these effects are mild and not produced following parenteral administration.

Tramadol is generally considered as a medicine with a low abuse potential relative to morphine, and this potential is associated with high dose oral tramadol. At supra-therapeutic doses and rarely at therapeutic doses, intoxications may occur. Symptoms of tramadol intoxication are similar to those of other opioid analgesics but may include serotonergic and noradrenergic components. Symptoms include central nervous system (CNS) depression and coma, tachycardia, cardiovascular collapse, seizures, and respiratory depression up to respiratory arrest. Fatal intoxications are rare and appear to be associated with large overdoses of tramadol and co-ingestion of other drugs (including alcohol).

Tramadol is used worldwide and is listed in many medical guidelines for pain treatment. It is mentioned as a step-2 analgesic in the WHO guidelines for cancer pain relief. Tramadol is also listed on several national essential medicines lists. It is, however, not listed on the WHO Model List of Essential Medicines (April 2013). There is growing evidence of abuse of tramadol in some African and West Asian countries considering large seizures of such preparations in North and West Africa. Abuse of tramadol is reported by Egypt, Gaza, Jordan, Lebanon, Libya, Mauritius, Saudi Arabia and Togo. Because of increasing rate of abuse, Egypt has up-scheduled tramadol in 2009. Tramadol is widely available via the Internet without a prescription. Websites provide many user reports on the non-medicinal use of tramadol. Legal status of tramadol differs internationally. In most countries including Nigeria, it is a prescription-only medicine.

Tramadol is sometimes abused alongside other drugs, which is called polydrug use. Typically, users combine tramadol with other substances to increase their high or self-medicate. The following drugs are commonly combined with tramadol:

The risk of developing an addiction to tramadol is higher when the drug is taken with other substances. As a CNS depressant, it can be very dangerous to mix tramadol with other CNS depressants, like alcohol, opioids and sedative hypnotics. Mixing these substances can lead to respiratory depression. It also increases the risk of seizure or overdose.

Withdrawal symptoms associated with tramadol addiction can be intense and even dangerous in some cases. Medically assisted detox and treatment is the safest way to overcome a tramadol addiction. SEE: Does Tramadol Show Up on a Drug Test