What Does The Bible Say About Rh Negative Blood? 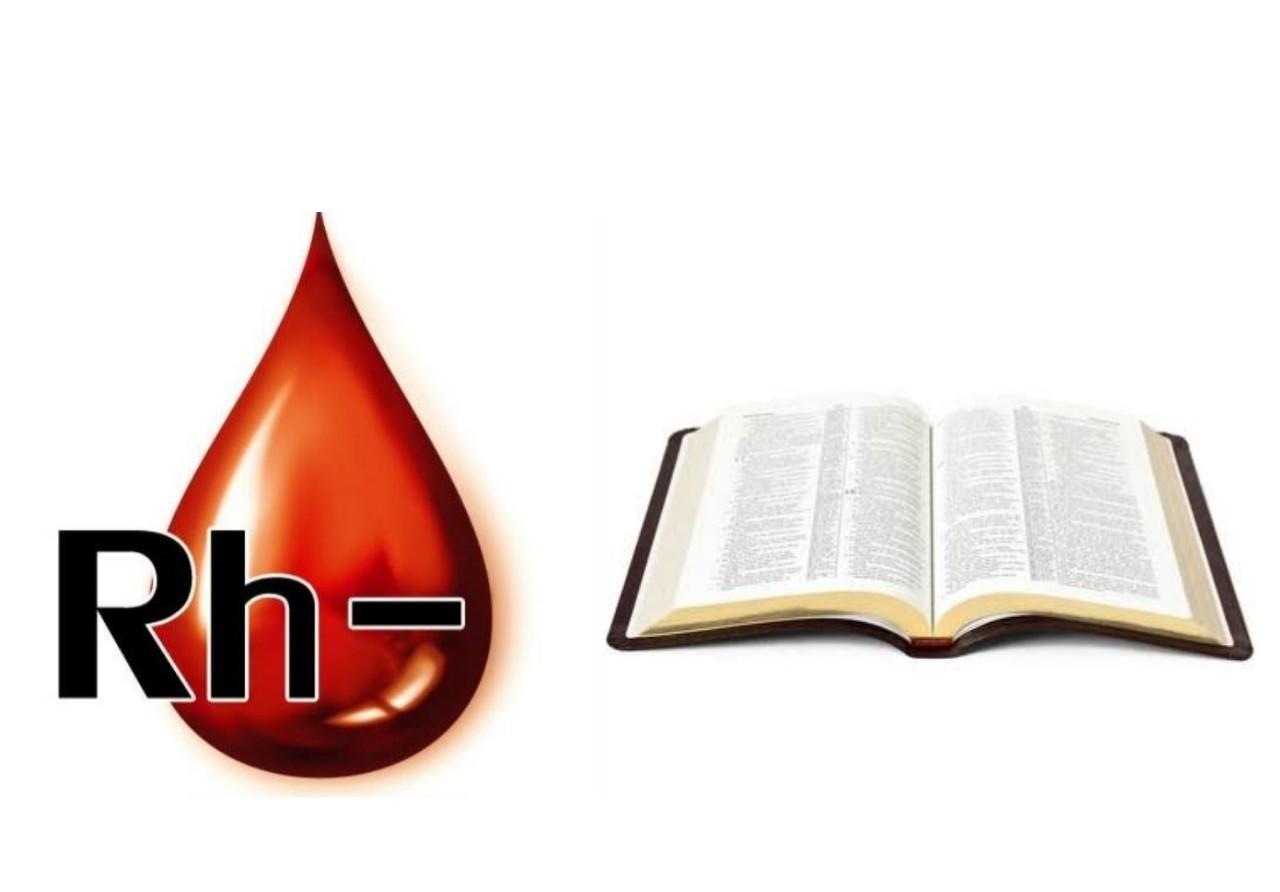 In 1937, Karl Landsteiner and Alexander Weiner discovered a new blood type: the rhesus blood type, or Rh factor. The rhesus protein is named for the rhesus monkey, which also carries the gene, and is a protein that lives on the surface of the red blood cells. This protein is also often called the D antigen. When it comes to blood transfusion, anyone who is Rh positive can receive blood from someone who is Rh negative, but those with negative blood types cannot receive from anyone with a positive blood type.

To put it simply, Landsteiner and Weiner discovered that blood types can be either Rh positive or Rh negative, doubling the commonly known blood types from four (A, B, AB, and O), to the eight we know today.

What is Rh factor?

In the United States, approximately 85% of the population has a Rh-positive blood type, leaving only 15% with Rh negative. Each person has two Rh factors in their genetics, one from each parent. The only way for someone to have a negative blood type is for both parents to have at least one negative factor.

Why is Rh factor important?

This protein does not affect your overall health, but it is important to know your Rh status if you are pregnant. Rh factor can cause complications during pregnancy if you are Rh-negative and your child is Rh-positive.

What is Rh incompatibility?

Antibody formation can happen after blood transfusions or when fetal blood enters the mother’s circulation:

Who is at risk for Rh incompatibility?

A woman who is Rh-negative is at risk for Rh incompatibility when she becomes pregnant. Rh incompatibility happens only when the father of the baby is Rh-positive. Doctors do not routinely test men’s Rh status. Instead, expectant parents discuss their individual status with their doctor.

A difference in blood type between a pregnant woman and her child causes Rh incompatibility. Children may be Rh-positive if they inherit the protein from their father, even if their mother is Rh-negative.

What Does The Bible Say About Rh Negative Blood?

Anecdotal evidence suggest that that researchers have linked the Rh negative blood to inter breeding between watcher angels and women during the pre-flood era. The watcher angels were described in Genesis 6:4.

“The Nephilim were in the earth in those days, and also after that, when the sons of God came in unto the daughters of men, and they bore children to them; the same were the mighty men that were of old, the men of renown.”

According to an analysis by Forbidden archeology, if we break it down, fallen angels came down, mated with humans, and had half-human, half-angel offspring. According to the Book of Enoch, these fallen angels were rebelling from God and thus were evil and had to be destroyed. God sent the Flood to destroy the Nephilim and their offspring. Somehow, some Nephilim survived and continued to reproduce. We can recognize the Nephilim bloodline by the Rh factor.

In a study to find genetic links to sexual orientation, scientists found that a high proportion of homosexuals were Rh negative. If you think that the Bible sees homosexuality as an evil, perhaps it makes sense: the Nephilim shouldn’t have survived the flood and now their descents are going around doing detestable things.

Another theory is that the Anunnaki, found in the Mesopotamian culture, where extra-terrestrial beings that came to earth to modify humans and create a slave race, altering our genetic structure and creating the Rh negative bloodline. Today, apparently some Rh negative people believe that they are not completely of this earth. They say that the trait causes them to have higher IQs, reddish hair, and supernatural powers, such as physic abilities and alien abductions. There is no science to back up these claims, but people have made an effort to find similar characteristics for their “race.” Neither of these ideas about Rh negative blood hold up to scrutiny, of course.

Scientists believe that the occurrence of Rh negative blood is related to a mutation that is more likely in European populations. In people with European ancestry, there is a 40-45% frequency for the Rh negative allele, while in other peoples the frequency is much lower (only 15% of the world overall has the Rh negative trait).

But if the Rh mutation has negative effects (such as hemolytic disease), why does it survive in relatively high frequencies? It may be because it is actually beneficial under some circumstances: the Rh negative mutation has been found to protect against the parasite Toxoplasma gondii. This parasite can cause damage to the eyes, brain, and other organs if left untreated.
​
The “mystery” of Rh negative blood has a strong appeal to those who want a supernatural story. Those who believe these stories have folded Rh negative blood into them, sometimes describing it as “the blood of the gods.” Scientists have made a great deal of progress learning about the Rh factor since it was discovered in the mid-20th century. Studies and experiments have shown that the Rh negative gene is understandable through natural science.