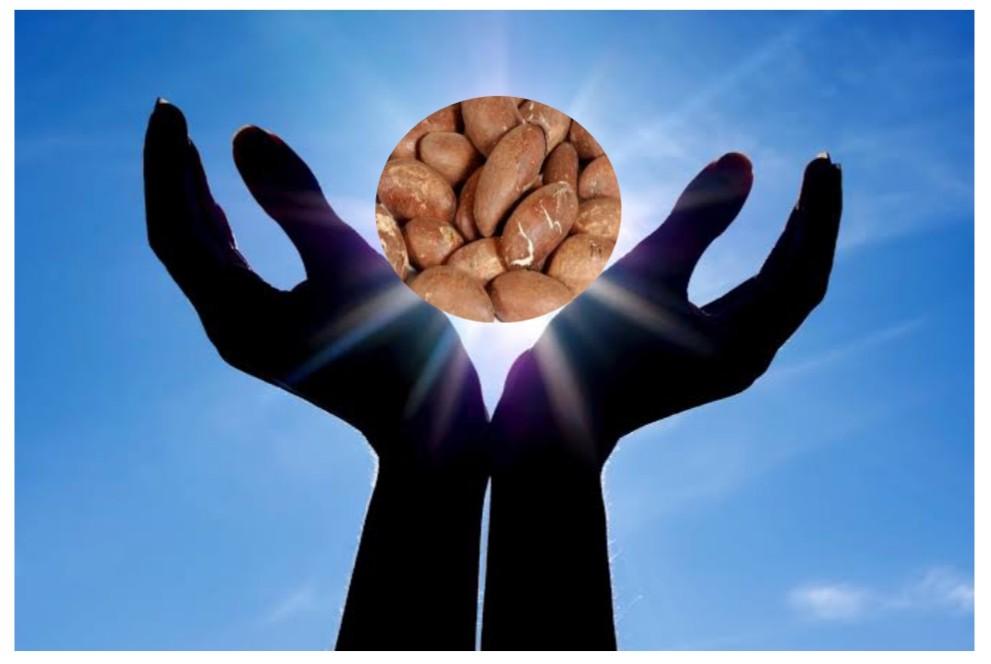 Garcinia kola, often known as Bitter kola, is a flowering plant found mostly in the tropical rain forest region of Central and West Africa. In folkloric medicine, every part such as the seeds, stem, and leaves has medicinal value. The seeds are edible and are consumed as an adjuvant to the true kola (Cola nitida) and for medicinal and spiritual purposes.

It is believed in the African traditions and cultures that this nut properties have divinity powers. The peelings or shelves of the fruits are used to search for information. They are also used in a traditional divination system called Obi divination. This ancient practice is currently enjoying increased growth within the United States and Caribbean.

Are There Any Spiritual Benefits Of Bitter Kola?

Traditional worshippers in Africa believe Bitter kola can prolong life, this explains why it is mainly consumed by the elderly. Scientific evidence supports this claim, bitter kola seeds have commonly been chewed in Africa to fight against inflammatory conditions like arthritis. One 2008 study showed that patients with osteoarthritis in their knees showed significantly reduced inflammation when eating bitter kola compared to a placebo. The high levels of potassium in bitter kola may be a contributing factor in reducing inflammation.

Early studies also suggest that a chemical called kolaviron, which is found in bitter kola, may protect against hypoglycemia in people with type 2 diabetes. Although this first study was done on rats and has not yet been reproduced on humans, these early findings are promising. Although the burden of diabetes is often described in terms of its impact on working-age adults, diabetes in older adults is linked to higher mortality, reduced functional status, and increased risk of institutionalization. Older adults with diabetes are at substantial risk for both acute and chronic microvascular and cardiovascular complications of the disease.

Despite having the highest prevalence of diabetes of any age-group, older persons and/or those with multiple comorbidities have often been excluded from randomized controlled trials of treatments and treatment targets for diabetes and its associated conditions.

Apart from helping individuals cope with diabetes, bitter Kola can help prolong the life by alleviating the complications and discomfort associated with inflammatory conditions like arthritis. The elderly are more likely than other segments of the population to suffer from rheumatoid arthritis (RA) and osteoarthritis (OA). Garcinia kola acts by restoring and maintaining the balance of fatty acids in osteoarthritis. Arthritis can result in chronic pain (common in older people) and can lead to depression and sleep disturbances, as well as increased health care costs

Poisoning is a common practice in Africa and especially so in West Africa, studies have x-rayed this practice in an attempt to explain the general absence of trust in relationships which is made explicit through expressions of fear of being poisoned. This phenomenon has been elsewhere described as simply a more sophisticated expression of sorcery and witchcraft beliefs.  Studies support the ability of this plant to serve as a remedy for poisoning. Bitter kola has been used as an antidote for cases of poisons or suspected poisons. When food is suspected to be contaminated by bacteria, bitter kola is chewed to prevent the development of any infection or poisoning. The plant products also contain chemical compounds that help in the breakdown of glycogen in the liver. This is because the phenolic compounds present in bitter kola possess anti-inflammatory, antimicrobial, antidiabetic, and antiviral properties.

Infertility is a disease of the reproductive system which affects both men and women, it is a global phenomenon. However, it is a very serious problem in developing countries like Africa. This is because marriage is basically for childbearing and continuity of the family lineage, thus, any marriage without their biological children is believed to be having a spiritual problem or under a curse. Among the Ikwerre people of Rivers State Nigeria, marriage is to show that a man has attained maturity and is ready to take responsibilities. Thus, when a young man gets married he is given farmland for himself and his wife. He is also eligible for a portion of land to build his own home where he and his wife will stay to raise their own family. After all these preparation and arrangements, it is expected that the woman (wife) should start bearing children so that the family name of the husband will not go extinct. Reason being that the Ikwerre people, just like other African communities, protecting and keeping their family name is very important. Hence, it becomes a problem if after the consummation of marriage children are not forthcoming, it creates so much pressure such that the parents of the couple and their relatives start seeking for solutions from different places ranging from tradomedical centers, spiritual houses and from orthodox medicine.

According to the Shona people in Mhondoro-Ngezi, male infertility is an intricate condition that transcends biology. Witchcraft and punishment either from God or angry ancestors were avowed to be the determinants of male infertility.

Legends concerning the appearance of bitter kola tagged it as an original food of the Gods, left behind by one of them on a visit to the earth. But science  has a completely different explanation as to how bitter kola affects fertility as studies have shown that bitter Kola can negatively affect female fertility  because it can significantly reduce the occurrence of estrous while producing 70% blockage of ovulation. In men Garcinia Kola seed produced decreased serum testosterone levels, decreased semen counts, decreased semen motility, all these effects were duration dependent and were reversible. However, a new study reports that bitter kola can increase testosterone levels which can have a beneficial effect on male fertility. SEE: How To Use Bitter Kola To Last Longer In Bed

The African culture encourages the discussion on sex and sexuality to be done in low tunes and reverence. Spiritual teachings and beliefs also tend to suppress such discussions during child up-bringing and these in the long run influence the help seeking habit of men when they develop erectile dysfunction(ED). An impotent man was in the past considered powerless and worthless and the topic was hardly discussed until the early 1980s when ED became a diagnostic entity and a subject of intense research. In many developing countries, ED is linked to spiritual and spousal infidelity and a significant percentage believe it is the work of the devil.

In Africa, from ancient times, plants have served as a dependable and ever-ready source of medicines for the treatment of a plethora of chronic and acute diseases of mankind. The various communities and societies on the continent, in addition to ‘owning’ traditional remedies for socio-cultural diseases such as erectile dysfunction. Studies reveal that Bitter Kola contains potent aphrodisiac properties and that if taken adequately, it can help boost libido and overall sexual performance.

Scientifically evaluating the effects of bitter kola on evil spirits is impossible. Nevertheless, it is important to state that the idea of religion in Africa presupposes the existence of a supernatural or suprasensory realm of existence. If the lives of ordinary Africans are governed by taboos, it is because they are aware that the spirit world is never far away.

It is the human belief in the existence of a spirit world, the revelations emanating from there, and the human responses to that world that gives rise to the idea of religion. In African philosophical thought the seen and unseen, visible and invisible, or sacred and secular worlds and realities are inseparably related. Since religion permeates all aspects of life

In African traditional societies, however, religion revolves around the expressions, appropriations, and experiences of supernatural power within the natural order hence the use of bitter kola. Gods, spirits, and other unseen forces including evil spirits and witches are believed to be at work in the world that is seen and they are “postulated in explanation of the workings of the universe, of the incidence of benefits and misfortunes, and of the strains of life in society.