What Are The Benefits of Zinc Sexually? 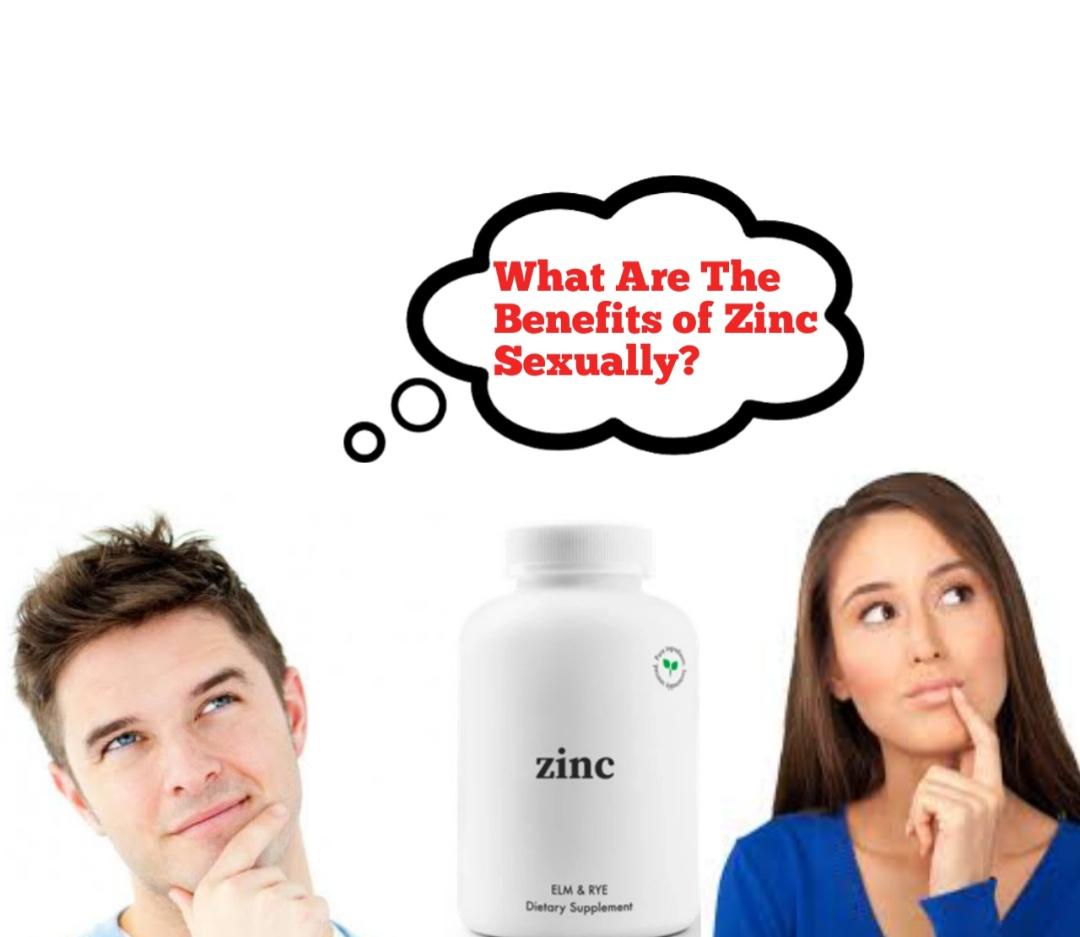 Zinc is a mineral. It is called an “essential trace element” because very small amounts of zinc are necessary for human health. Since the human body does not store excess zinc, it must be consumed regularly as part of the diet. An estimated 17% of the global population suffers from a zinc deficiency. However, this deficiency is much more common in the developing world as it’s associated with an imbalanced or poor diet. Most Americans get enough zinc in their diet to maintain at least moderate levels of zinc in their body.

Zinc supports a number of functions in the human body. As well as supporting the immune system, it enables the body to make proteins and DNA, contributes to wound healing, and plays a role in childhood growth and development. It also has  antioxidant properties. Zinc occurs naturally in many foods, such as beans, meat, and fish. It is also available as a dietary supplement.

What does zinc do for you sexually?

When it comes to sex and reproductive health zinc plays a number of critical roles in the body.

Boosts sperm count, quality, and motility: If you are looking to be a father, you need healthy sperm. This means you need a high sperm count with strong motility. Zinc plays a direct role in the health and quality of your sperm (and thus your fertility). Your testes need enough zinc in order to produce sperm. Zinc deficiency is linked to decreased sperm motility. Generally, men with lower levels of zinc have lower sperm counts and an increased rate of abnormal sperm morphology.

But high levels of zinc are linked to strengthened sperm and fertility. One study found that 66mg of zinc was actually able to increase sperm counts in sub-fertile men. (Don’t try this at home, though. Over 40mg of zinc daily can be toxic if not monitored by a physician.)   Another study found that a combined supplement of zinc, folic acid, and golden root improved ejaculatory control of men with previous premature ejaculation concerns.

Additionally, research has shown that zinc isn’t just a result of a healthy prostate—it’s a critical component that keeps the prostate healthy. For example, studies show that high levels of zinc can reduce the risk of BPH (an enlarged prostate) and prostatitis. This is likely due to zinc’s anti-inflammatory properties. Zinc abundance may also help fight the risk of prostate cancer. One study found that taking 15mg of zinc showed a 66% reduction in the risk of developing advanced prostate cancer. Another study found that a higher intake of zinc was linked to a 36% reduced risk of dying from prostate cancer.

Improves endurance and energy:  Zinc facilitates the conversion of energy. Your body uses zinc to turn food into usable energy. If you don’t have enough zinc, your body starts to lose energy. This leads to low endurance, reduced muscle strength, and even minimized organ function. Studies have shown that zinc supplementation may be able to increase endurance and performance. This energy boost keeps you motivated throughout the day… and throughout the night when it’s time to get sexy. Who doesn’t want greater endurance in the bedroom?

In order to avoid overconsumption, stay away from high-dose zinc supplements unless recommended by a doctor.

Pregnant and breastfeeding women should consume 11 and 12 mg per day, respectively.

Unless a medical condition is hindering absorption, you should easily reach the RDI for zinc through diet alone. The tolerable upper level for zinc is 40 mg per day. However, this does not apply to people with zinc deficiencies, who may need to take high-dose supplements. If you take supplements, choose absorbable forms such as zinc citrate or zinc gluconate. Stay away from zinc oxide, which is poorly absorbed. READ: How to Spot Fake Zinc Supplements