What Are Legal High Capsules? 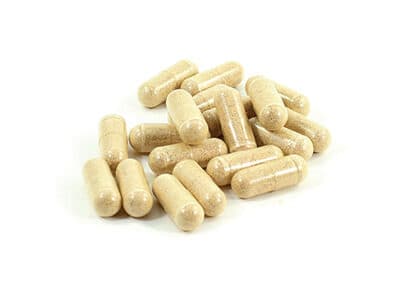 These are capsules or pills  containing one or more chemical substances some of which are illegal while others are not, but produce similar effects to drugs like cocaine, cannabis and ecstasy – and formerly known as ‘legal highs.

According to a BBC report, legal high capsules  are officially described as new psychoactive substances (NPS), legal highs – or designer drugs – have been linked to a number of deaths and hospital admissions over the years. They are sold in various forms, including powder, pills, capsules, liquids. smoking mixtures and perforated tabs.

Legal highs used to be available in head shops or online, making them easily accessible. As they cannot legally be labelled as safe for human consumption, they were often sold as plant food, bath salts or incense, but still often abused.

Many of the chemicals common in legal highs are not tested for safety, meaning users cannot be sure of what the exact effects of ingesting them will be. This risk is amplified when legal highs are taken with other psychoactive substances or alcohol.

How does it make you feel?

There’s not enough known about many of these drugs to know about their potency, their effects on people, or what happens when they’re used with other substances or alcohol.

The packaging might describe a list of ingredients but you can’t be sure that this is what’s inside. So you can’t really be sure of what you’ve bought or been given, or what effect it’s likely to have on you or your friends.

The main effects of almost all psychoactive drugs, including so-called legal highs, can be described using the four main categories below. While drugs in each of these categories will be similar in the effects they produce, they will have widely different strengths and effects on different people.

Stimulants (like mephedrone and naphyrone) act like amphetamines, cocaine, or ecstasy, in that they can make you feel energised, physically active, fast-thinking, very chatty and euphoric.

Downers or sedatives (like GHB and GBL act similarly to benzodiazepines (drugs like diazepam or Valium), or GHB/GBL, in that they can make you feel euphoric, relaxed or sleepy.

Hallucinogens or psychedelics (like N-bomb drugs) act like LSD, magic mushrooms, ketamine and methoxetamine. They create altered perceptions and can make you hallucinate (seeing and/or hearing things that aren’t there). They can induce feelings of euphoria, warmth, ‘enlightenment’ and being detached from the world around.

Synthetic cannabinoids (like Spice or Black Mamba): act similarly to cannabis. The effects of these are similar to cannabis intoxication: relaxation, altered consciousness, disinhibition, a state of being energised and euphoria.

What are the risks?

The chemicals contained in legal highs have not been tested for safety, so users cannot be sure what the outcome will be. They can cause paranoia, seizures, coma and can also lead to death.

The risks can be increased when legal highs are taken with alcohol or with another psychoactive drug. Legal highs can also be addictive and there are additional risks if they are injected. Drug advisory service Frank says: “Just because a drug is legal to possess, it doesn’t mean it’s safe.” READ: Which Country Has The Highest Mental Health Issues?

What is 2FDCK: Uses, Side Effects, Addiction, Legal status