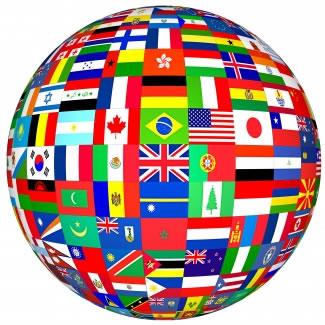 Mental health is defined as the absence of mental disease or it can be defined as a state of being that also includes the biological, psychological, or social factors which contribute to an individual’s mental state and ability to function within the environment.

For example, the World Health Organization includes realizing one’s potential, the ability to cope with normal life stresses, and community contributions as core components of mental health. Other definitions extend beyond this to also include intellectual, emotional, and spiritual development, positive self-perception, feelings of self-worth and physical health, and intrapersonal harmony. Prevention strategies may aim to decrease the rates of mental illness but promotion strategies aim at improving mental health. The possible scope of promotion initiatives usually depends on the definition of mental health.

What are mental health issues?

Mental health issues or problems range from the worries we all experience as part of everyday life to serious long-term conditions. The majority of people who experience mental health problems can get over them or learn to live with them, especially if they get help early on.

Mental health problems are usually defined and classified to enable professionals to refer people for appropriate care and treatment. But some diagnoses are controversial and there is much concern in the mental health field that people are too often treated according to or described by their label. This can have a profound effect on their quality of life. Nevertheless, diagnoses remain the most usual way of dividing and classifying symptoms into groups.

Multiple social, psychological, and biological factors determine the level of mental health of a person at any point in time. For example, violence and persistent socio-economic pressures are recognized risks to mental health. The clearest evidence is associated with sexual violence.

Most mental health symptoms have traditionally been divided into groups called either ‘neurotic’ or ‘psychotic’ symptoms. ‘Neurotic’ covers those symptoms which can be regarded as severe forms of ‘normal’ emotional experiences such as depression, anxiety, or panic. Conditions formerly referred to as ‘neuroses’ are now more frequently called ‘common mental health problems.’

Less common are ‘psychotic’ symptoms, which interfere with a person’s perception of reality, and may include hallucinations such as seeing, hearing, smelling, or feeling things that no one else can. Mental health problems affect the way you think, feel and behave. They are problems that can be diagnosed by a doctor, not personal weaknesses.

Anxiety and depression are the most common problems, with around 1 in 10 people affected at any one time. Anxiety and depression can be severe and long-lasting and have a big impact on people’s ability to get on with life. On the other hand, Apotemnophilia also known as body integrity identity disorder is the rarest mental illness. Apotemnophilia is characterized by the “overwhelming desire to amputate healthy parts of the body. Though not much is known about it, this disorder is believed to be neurological.

Between one and two in every 100 people experience a severe mental illness, such as bipolar disorder or schizophrenia, and have periods when they lose touch with reality. People affected may hear voices, see things no one else sees, hold unusual or irrational beliefs, feel unrealistically powerful, or read particular meanings into everyday events. Although certain symptoms are common in specific mental health problems, no two people behave in exactly the same way when they are unwell.

Many people who live with a mental health problem or are developing one try to keep their feelings hidden because they are afraid of other people’s reactions. And many people feel troubled without having a diagnosed, or diagnosable, mental health problem – although that doesn’t mean they aren’t struggling to cope with daily life.

Mental, neurological, and substance use disorders (MNS) are common, highly disabling, and associated with significant premature mortality. The human, social and economic toll imposed by lack of attention to MNS across the world is considerable. It is estimated that at least 10 percent of the world’s population is affected and that 20 percent of children and adolescents suffer from some type of mental disorder.

In countries affected by fragility, conflict, and violence, the number of people afflicted by mental ill-health rises to approximately one in five people (22.1%). And some segments of the population are disproportionality affected by MNS: women and children who have experienced violence, soldiers returning from war, migrants and refugees displaced by conflict, the poor, and other vulnerable groups in society such as the unemployed.

According to the World Health Organization global survey of 26 countries in all regions of the world, based on ICD and DSM criteria, the United States, Colombia, the Netherlands, and Ukraine have the highest rate (prevalence) of mental health issues across most classes of disorder, while Nigeria, Shanghai, and Italy were consistently low, and prevalence was lower in Asian countries in general.

In the United States, the Institute of Medicine (IOM) issued a detailed look at the state of treatment for brain disorders in developing countries. While much of the IOM’s attention recently has been focused on the aftermath of the terrorist attacks on the United States, a number of new initiatives are being planned to implement the study’s recommendations.

Neurological and psychiatric disorders constitute an often unseen but growing problem in developing countries, according to a report issued by the IOM, which added that statistical measures barely begin to encompass the degree of suffering they cause.

Epilepsy, depression, bipolar disease, schizophrenia, developmental disorders, and stroke “are currently estimated to affect as many as 1.5 billion people worldwide — a number that is expected to grow as life expectancy increases. Since most disorders affecting the brain and its neural connections result in long-term disability and many have an early age of onset, measures of prevalence and mortality vastly understate the disability they cause.” ALSO READ: Why is Mental Health a Global Issue?