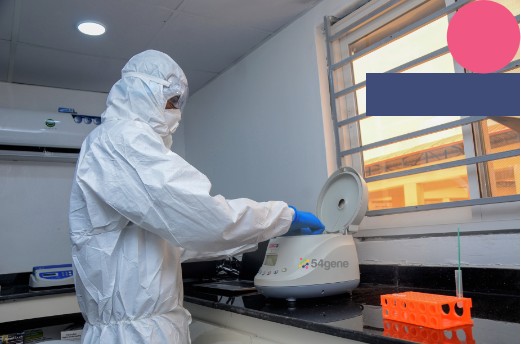 A centrifuge is a laboratory device that is used for the separation of fluids, gas or liquid, based on density. Separation is achieved by spinning a vessel containing material at high speed; the centrifugal force pushes heavier materials to the outside of the vessel. This apparatus is found in most laboratories from academic to clinical to research and used to purify cells, subcellular organelles, viruses, proteins, and nucleic acids.

There are multiple types of centrifuge, which can be classified by intended use or by rotor design. From the large floor variety to the micro-centrifuge, there are many varieties available for the researcher.

How does centrifugation work?

A centrifuge is used to separate particles suspended in a liquid according to particle size and density, viscosity of the medium, and rotor speed. Within a solution, gravitational force will cause particles of higher density than the solvent to sink, and those less dense than the solvent to float to the top. Centrifugation takes advantage of even minute differences in density to separate particles within a solution.

As the rotor spins around a central axis, it generates a centrifugal force acting to move particles away from the axis of rotation. If the centrifugal force exceeds the buoyant forces of liquid media and the frictional force created by the particle, the particles will sediment. Most laboratories undertaking active research will have more than one type of centrifuge, each capable of using a variety of rotors. SEE: How to Become a Medical Laboratory Scientist

These centrifuges can also achieve speeds of over 30,000 rounds per minute with relative centrifugal force of over 65,000 x g. They may come in varying configurations such as the swing bucket, fixed angle or both.  They are smaller (refrigerated microcentrifuges) and large capacity refrigerated centrifuges for different uses.

A microcentrifuge (microfuge) is used for smaller samples (2ml or less) and are often used for biological applications. They come with varying speed range and different holding capacities (the number of tubes it can hold at a time).

On the other hand, large capacity refrigerated centrifuges have capacity to change rotor chambers with varying sizes. These types of centrifuges can go to a maximum of up to 65,000g. They are typically used for collecting substances that sediment rapidly such as yeast cells, chloroplast and erythrocytes.

* The chamber of refrigerated centrifuges are sealed to meet the conditions of the material.

This is a type of refrigerated centrifuge that is capable of high speeds of up to 60,000g. As such, they can produce significant force that is used for the purposes of collecting cellular debris, micro-organisms as well as larger cell organelles and proteins.

High speed refrigerated centrifuges also come in varying sizes and holding capacities depending on the needs of the user.

This is a type of laboratory centrifuge that has been optimized for very high speeds. As such, they can generate accelerations of up to 1,000,000 g, which is about 9,800 km/s2. Unlike other types of centrifuges that offer lower rotation speeds, ultracentrifuges allows the user to take advantage of the tiny differences between such molecules as proteins and nucleic acids for the separation.

There are two types of ultracentrifuges which include:

Preparative Ultracentrifuge: This is a type of ultracentrifuge that offers relative centrifugal force of up to 600,000g. Preparative ultracentrifuges are mostly used to separate particles on the basis of their densities, isolation of denser particles for pellet collection as well as clarifying suspensions that contain particles. As such, they help separate macromolecules and lipoprotein fractions from plasma as well as deprotonisation of physiological fluids for the analysis of amino acids. Depending on its application, a preparative ultracentrifuge can also be equipped with different types of rotor that spin different numbers of samples at different angles and speeds.

Analytical Ultracentrifuge: What sets this centrifuges apart from others is that they incorporate a scanning visible light based optical detection system which is used for real-time monitoring of samples as they spin. With this centrifuge, users have an opportunity to look at the sedimentation process and thus see the sample as it concentrates with increasing centrifugal force.

The Analytical ultracentrifuges are capable of operating at 500,000g. Some of the optical systems used in this system for analysis include:

How to Become a Medical Laboratory Scientist

The 4 Basic Types of Medical Equipment