The Internet And the Street Price of Drugs 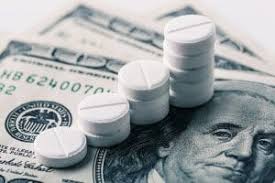 According to a study on pill abuse, the findings indicate that the abuse is especially common among young people, who use the Internet as a simple way to find, order, and buy these substances.  For every 10 percent increase in high-speed Internet use, admissions to treatment facilities for prescription drug abuse, including painkillers, rose by 1 percent, according to another study in Health Affairs. There was no such rise in admissions for abuse of alcohol, cocaine and heroin, which are not readily purchased online. A previous study found a nearly fivefold increase from 1997-2007 in admissions for abuse of narcotic painkillers.

Illegitimate pharmacies on the Internet do not require a patient to visit a physician in advance to obtain a prescription. Some of them are “questionnaire pharmacies,” which require users only to complete an online questionnaire before medication is dispensed.

Why Use the Net for Drug Abuse Prevention with Youth?

For many youth the Internet is quick, fun, interactive, and fairly easy to use with a little practice and some patience. For these young people, going online is a common way to access diverse, up-to-date information, while communicating with peers and exploring alternative lifestyles, not to mention following fashion, music, and leisure trends. Having grown up with the technology, youth are not intimidated by the Internet’s technical base and ever-increasing capacities of use. Rather, they are drawn into the excitement connected to its constant growth.

The Internet is hip, young and has already captured the attention of youth throughout the world. In short, effective drug abuse prevention that deals largely with creating and sustaining social consensus on overall youth health issues would do well to take advantage of the internet because of its popularity, ubiquity and potential reach.

In terms of drug abuse prevention, the Internet’s greatest advantage is its ability to reach potentially large groups of youth on local and global levels. As an information tool, it has infinite possibilities for adaptation, it is able, as one of the participants in this meeting put it, to become “anything you want it to be”. Furthermore, if effective prevention programming involves working on decreasing the risk factors and strengthening protective factors, then the Internet provides us with an excellent resource. Activities such as enhancing decision making skills, nurturing relationships with caring adults and practicing communication skills can all be facilitated by appropriately designed net based programs. SEE: What is the Street Price of Gabapentin?

What is the Street Price of Adderall?