Tetraphosphorus Trisulfide Benefits and Side Effects 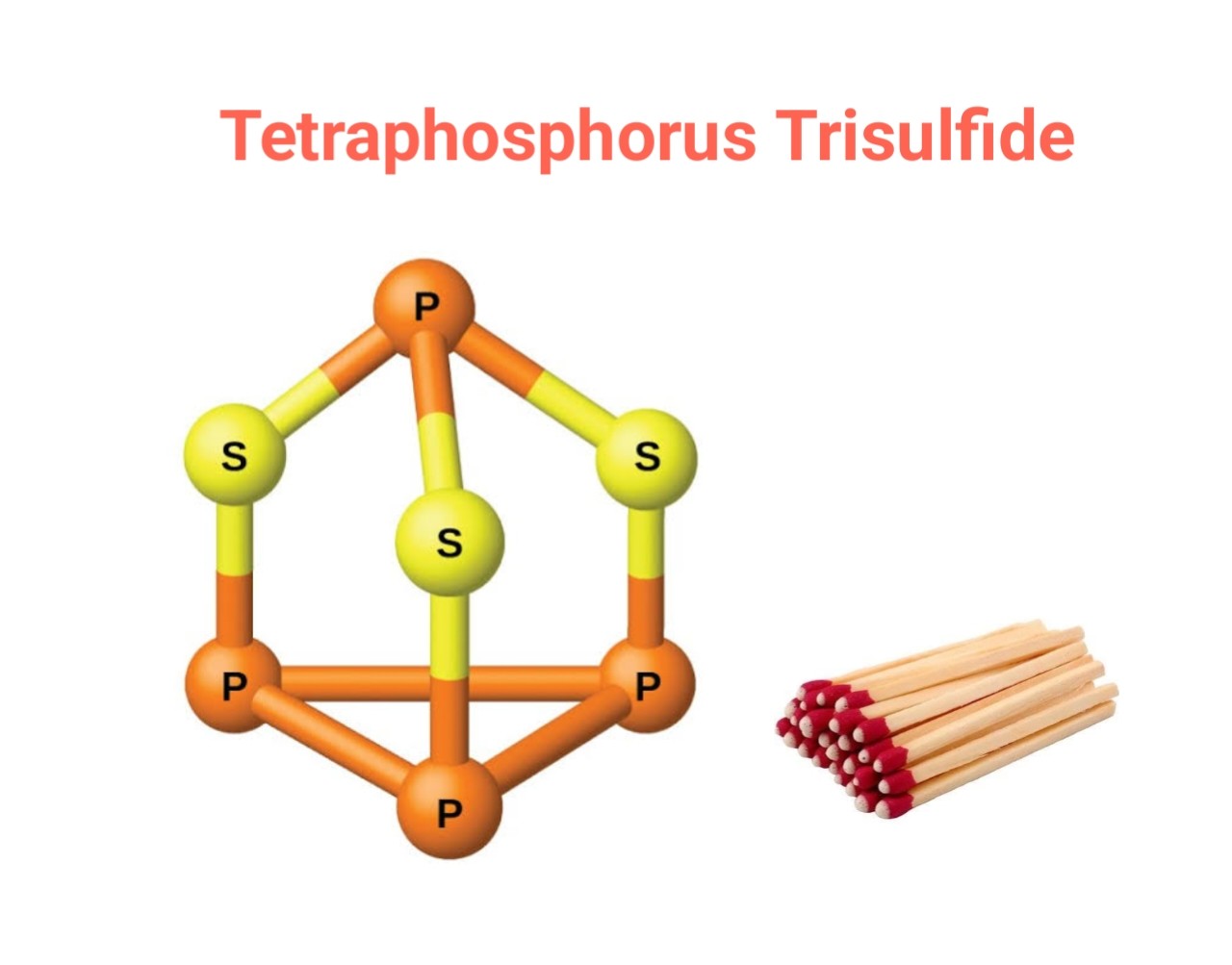 Tetraphosphorus Trisulfide (P4S3) is a yellow inorganic compound developed by Henri Sevene and Emile David Cahen in 1898 as part of their invention of friction matches that did not pose the health hazards of white phosphorus.

Breathing white phosphorus for long periods may cause a condition known as “phossy jaw” which involves poor wound healing of the mouth and breakdown of the jaw bone. Even small amounts of white phosphorus in your digestive system may cause liver, heart, or kidney damage, vomiting, stomach cramps, drowsiness, or death.

One of the key benefits of matches containing Tetraphosphorus Trisulfide is the ability to light the match on any surface that can create enough friction. Other benefits include:

Ready Anytime Anywhere: You’ll be ready to light the fire with tetraphosphorus trisulfide wooden matches anywhere. Most box contains 300 matches that are ready to strike on any surface that can create enough friction. They’re extra thick for a longer burn time.

Easy to Use: tetraphosphorus trisulfide matches are a perfect companion whether you’re camping in the woods or hosting a barbecue party at home. Their size makes them perfect for lighting candles, grills, or gas stoves.

There are several dangers that come with using tetraphosphorus trisulfide match. The problem with this system is that just the matches rubbing against each other may be enough to cause them to ignite. This will set the whole box on fire, likely with disastrous consequences. Hence, safety matches were invented. Now ignition is caused by a chemical reaction of the tip of the match with the striking surface.

Exposure to tetraphosphorus trisulfide match can cause contact dermatitis, a rash that crops up on your skin when you touch or have a reaction to a certain substance. It’s red, itchy, and uncomfortable, but it’s not life-threatening.

Tetraphosphorus trisulfide induced dermatitis usually erupt in the area exposed to the compound but it can also appear on the face. Irritant contact dermatitis may cause slightly different symptoms, such as:

Exposure to tetraphosphorus trisulfide over a long period of time can result in recurring severe primary dermatitis about the eyes and face. Loosening of the teeth has also been reported which may have been due to phosphorus poisoning.

How to avoid tetraphosphorus trisulfide poisoning

Studies have shown that humans are profoundly influenced by the environments in which they live and the chemicals they encounter regularly. Research also shows that you’re likely being exposed to several potentially harmful chemicals through the air you breathe, and products you use.

If you still have tetraphosphorus trisulfide matches in your home, safely dispose of or destroy them. Throwing them in the trash, pouring them down the drain, burning them, pouring them in a ditch, dumping them on a vacant lot, or burying them in a field is an unsafe and dangerous practice because they can ignite fire spontaneously and cause damage. In addition, tetraphosphorus trisulfide can contaminate lakes, rivers, streams, and groundwater.

Most counties and local governments have designated facilities to dispose of hazardous waste. Some big box stores will also accept hazardous waste like tetraphosphorus trisulfide matches. Check with your local retail outlet to see if they accept specialty hazardous waste.

Benefits and Side Effects of Asantee Papaya Soap