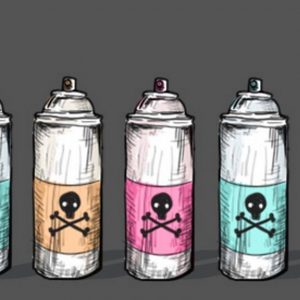 What is Sudden Sniffing Death Syndrome?

The inhalant causes the heart to beat rapidly and erratically, resulting in a heart attack. While Sudden Sniffing Death Syndrome can occur with many types of inhalants, it is particularly associated with the abuse of air conditioning coolant, butane, propane, and the chemicals in some aerosol products.

One in five students in the United States has used an inhalant to get high by the time he or she reaches eighth grade, according to the NIPC.

Sniffing is particularly popular in younger teens because it is so readily available. Markers, whip cream cans, glues, spray paint, air fresheners, and butane cooking spray are just a few of the more than a thousand products that can be used to get high by sniffing.

Unfortunately, younger teens are also the most affected by using these toxic substances, said Dessa Bergen-Cico, assistant professor in the Department of Health and Wellness at Syracuse University.

Why Does Sudden Sniffing Death Syndrome Happen So Quickly?

Inhaled chemicals are rapidly absorbed through the lungs into the bloodstream and quickly distributed to the brain and other organs. Within minutes, the user experiences intoxication, similar to the effect of drinking alcohol. With inhalants, however, intoxication lasts only a few minutes, so some users prolong the “high” by repeatedly inhaling.

No one can predict how much of an inhalant will kill. A young person can use a certain amount one time and seem fine, but his or her next use could be fatal.

The Texas Commission on Drugs and Alcohol Abuse reports the following ways that inhalants can kill.

Another very real danger of inhalants is that they often lead young people to try other drugs whose effects are even more intense and last longer.

Knowing the dangers and effects of inhalant abuse can save your child’s life. Read the personal stories from families who have experienced loss of a loved one, and hopefully learn from these stories so you can avoid what these people have gone through.

Short-term effects of inhaling include:

The inhalant user will initially feel slightly stimulated and, after successive attempts, will feel less inhibited and less in control. Hallucinations may occur and the user can lose consciousness. Worse, he or she, may even die.

Long-term effects of inhaling include:

Different inhalants produce different harmful effects, and regular abuse of these substances can result in serious harm to vital organs. Serious, but potentially reversible, effects include liver and kidney damage.