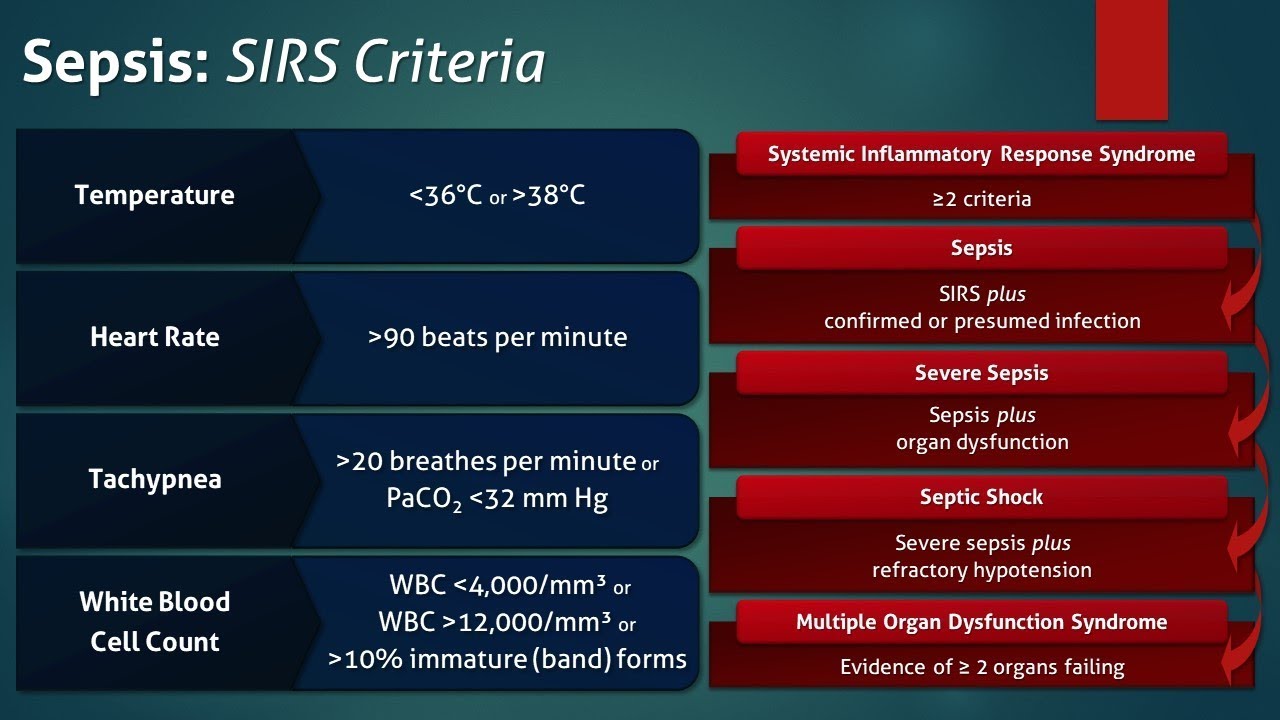 In 1992, the American College of Chest Physicians (ACCP) / Society of  Critical Care Medicine (SCCM) introduced definitions for systemic inflammatory response syndrome (SIRS) as well as sepsis, severe sepsis, septic shock, and MODS (multiple organ dysfunction syndrome). The introduction of SIRS was intended to define a clinical response to a non-specific insult, either infectious or non-infectious in origin. SIRS is defined as 2 or more of the following:

SIRS can be incited by ischemia, inflammation, trauma, infection, or a combination of several “insults”. SIRS is not always associated with infection. While not universally accepted, some have proposed the terms “severe SIRS” and “SIRS shock” to describe serious clinical syndromes that are not infectious in nature and thus cannot be labeled according to the various sepsis definitions. These terms suggest organ dysfunction or refractor hypotension not related to an infectious etiology, but rather an ischemic, traumatic, or inflammatory process. The goal of this monograph is to review SIRS. Sepsis will be covered elsewhere.

SIRS is a clinical response to a non-specific insult that may be either infectious or non-infectious in etiology. When evaluating a patient with SIRS, a careful history, physical and laboratory evaluation is critical for identifying the cause and will impact initial therapy. Initiation of antibiotic therapy, if indicated, should be discontinued if a non-infectious etiology is found. 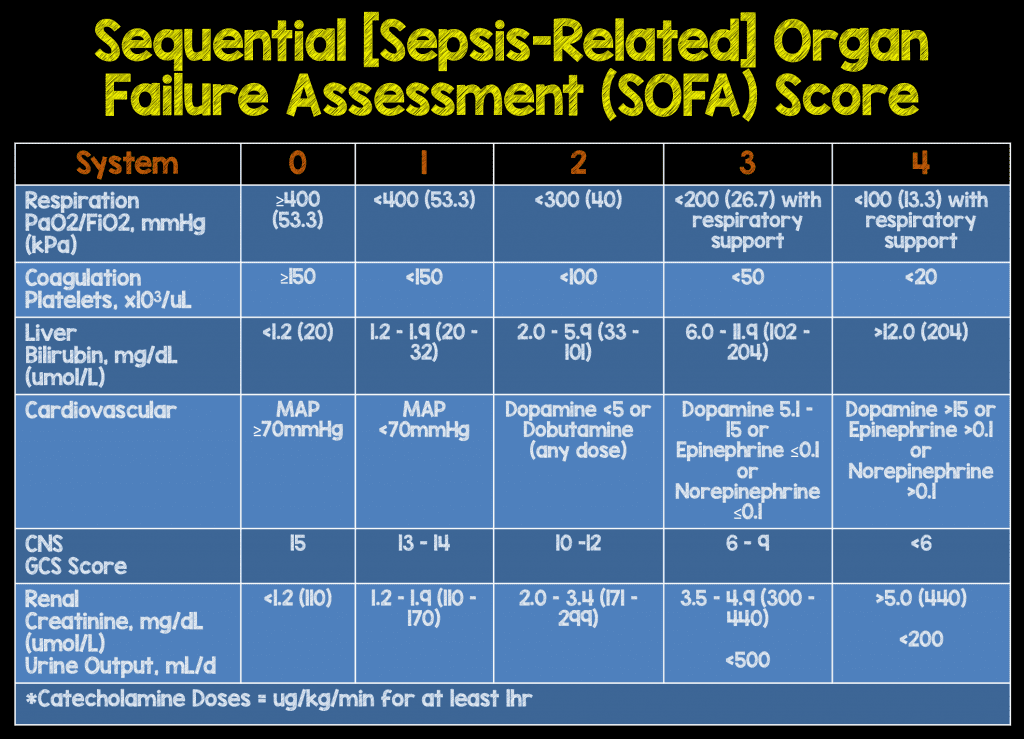 The new definition of sepsis known as Sepsis-3 was announced at the 45th Critical Care Congress at the beginning of 2016. Sepsis is defined as life-threatening organ dysfunction caused by a dysregulated host response to infection. The Sequential Organ Failure Assessment (SOFA) Score predicts ICU mortality based on lab results and clinical data. Organ dysfunction can be identified as an acute change in total SOFA score ≥2 points consequent to the infection. The baseline SOFA score can be assumed to be zero in patients not known to have preexisting organ dysfunction. A SOFA score ≥2 reflects an overall mortality risk of approximately 10% in a general hospital population with suspected infection. Even patients presenting with modest dysfunction can deteriorate further, hence the need for prompt intervention.

The work done by the task force appointed by SCCM (Society of Critical Care Medicine) and ESICM (European Society of Intensive Care Medicine) is commendable given the detailed analysis done on the pathobiology of sepsis with the statistical analysis of sensitivity and specificity of the existing criteria of sepsis.

Although still in use clinically, it is important to note that systemic inflammatory response syndrome (SIRS) as a definition has been abandoned since 2016. This has occurred mainly as mortality prediction using SIRS alone is poor compared with Sequential Organ Failure Assessment (SOFA). Furthermore, sepsis has been redefined as requiring organ dysfunction. The SIRS criteria have been criticized for wide sensitivity and lack of specificity for sepsis (which is primarily induced by infection) while SOFA score has been enhanced as a diagnostic criterion for sepsis.

In 2016, the Society of Critical Care Medicine (SCCM) and the European Society of Intensive Care Medicine (ESICM) led a task force to propose a new definition for sepsis. Sepsis-3 was born, defined as “life-threatening organ dysfunction caused by a dysregulated host response to infection. SEE: Types of Diseases

What Does an Infectious Disease Specialist Do?