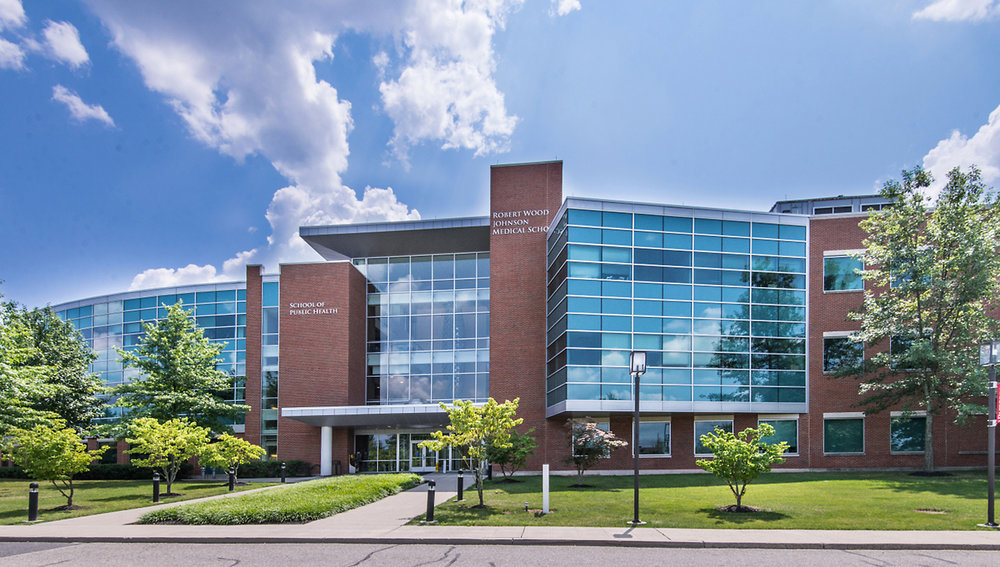 Originally chartered as Queen’s College in 1766, Rutgers University is one of the nine oldest “colonial” colleges founded prior to America’s independence from Britain. Although once affiliated with the Dutch Reformed Church, Rutgers was designated a public land-grant college under the Morrill Act of 1862. Today, Rutgers stands as an academic and research powerhouse generating over $700 million annually in R&D expenditures. Rutgers University is headquartered on a 2,688-acre urban campus in New Brunswick, but has satellite locations in Newark and Camden. In over 175 academic departments, Rutgers enrolls around 45,000 undergraduates and 20,000 post-graduates as New Jersey’s largest college.

The Rutgers School of Public Health (SPH) is part of Rutgers Biomedical and Health Sciences. Prior to July 1, 2013, it was affiliated with the now-defunct University of Medicine and Dentistry of New Jersey. The School of Public Health educates students to become leaders in public health, researchers, and promoters of population and individual health.

The School of Public Health trains well-qualified and effective public health leaders, scholars, activists, and practitioners; conducts research to advance public health science and policies; and engages collaboratively with communities and populations actively advocating for policies, programs, and services through the lens of equity and social justice. The Rutgers School of Public Health has launched its newly revised Doctor of Public Health (DrPH)  Degree in Leadership, Practice, and Research, which is accepting students for the fall.  The doctoral degree prepares mid- to senior-career public health professionals to gain knowledge and skills in leadership, practice, and research, which will assist them in assuming positions of greater responsibility and helping to achieve public health impact at the local, national, and international levels.

The 48-credit part-time hybrid DrPH degree program offers courses that are completed online and supplemented with several face-to-face meetings across the duration of the program. After completing the required coursework, students will take a comprehensive qualifying exam, participate in an applied practice experience and defend a dissertation. Prospective students must have completed a master’s degree program and a minimum of five years of professional experience within public health or health-related setting. The GRE and other standardized test scores are optional.

What is acceptance rate?

Are acceptance rates the ultimate measure of selectivity?

This is accomplished in different ways. Some schools, like Harvard or Princeton, will always attract elite students who view these institutions as the epitome of college admissions success. The college names alone are equated with achievement and recognition. Other colleges attract high numbers of applicants through reasonable price tags or hefty scholarship packages. Still, other schools are known for their location, campus services, or lack of an application fee. Simply put, the more applicants a school can attract, the lower the acceptance rate it will ultimately have.

This is compounded when a school can attract a large number of applicants for only a small number of places. Small schools tend to boast some of the most competitive acceptance rates simply because they have relatively fewer spaces available to offer. Some schools with similar academic statistics will appear much less competitive because they have lots of spaces to offer. SEE Complete Guide for a Masters in Public Health in Nigeria

What does a super low acceptance rate tell me about a college?

A super-low acceptance rate actually does not tell you much about a college other than that it typically receives far more applicants than it can accept. While this might be an indicator of the types of students who want to attend, it is not an indicator of the types of students who graduate from such a school. A recent article in Forbes, written by a former admissions officer at Amherst College, noted that a “low acceptance rate, along with high scores, grades, and other characteristics, indicates inputs, not outputs.” Essentially, an acceptance rate alone doesn’t give you any meaningful information about an institution’s impact on its students. Instead, it only tells you about the students it accepts. This article proposes that acceptance rates are more a measure of status than of the quality of education you might receive.

What is the Rutgers School Of Public Health Acceptance Rate?

Rutgers School Of Public Health has an acceptance rate of 60 percent, Rutgers University has a more selective admissions process. First-year applicants must be graduating or have graduated with a state-approved high school diploma. Homeschooled students can submit a Self-Reported Academic Record (SRAR). Acquiring the General Educational Development (GED) is also acceptable. Rutgers requires 16 prerequisites, including four years English, three years math, two years science, two years foreign language, and five other academic courses. Admitted students have an average high school GPA of 3.63. On average, freshmen have scored 1808 on the SAT and 30 on the ACT.

Students who have completed 12 or more credits at another regionally accredited college could qualify for transfer. Incoming transfers must carry a minimum collegiate GPA of 2.0. Those with an associate’s degree from a New Jersey community college should consult the NJTransfer program. International applicants must score at least 80 on the Internet-based TOEFL or 6.5 on the IELTS exam. Graduate students applying to Rutgers must hold a bachelor’s degree from an accredited university. Most master’s and Ph.D. programs require a minimum GPA of 3.0 in the last 60 hours of undergraduate studies. Taking the GRE, MAT, or GMAT may be required. SEE: University Of Pittsburgh School Of Public Health Acceptance Rate