Poppers Sex : 5 Things You Should Know 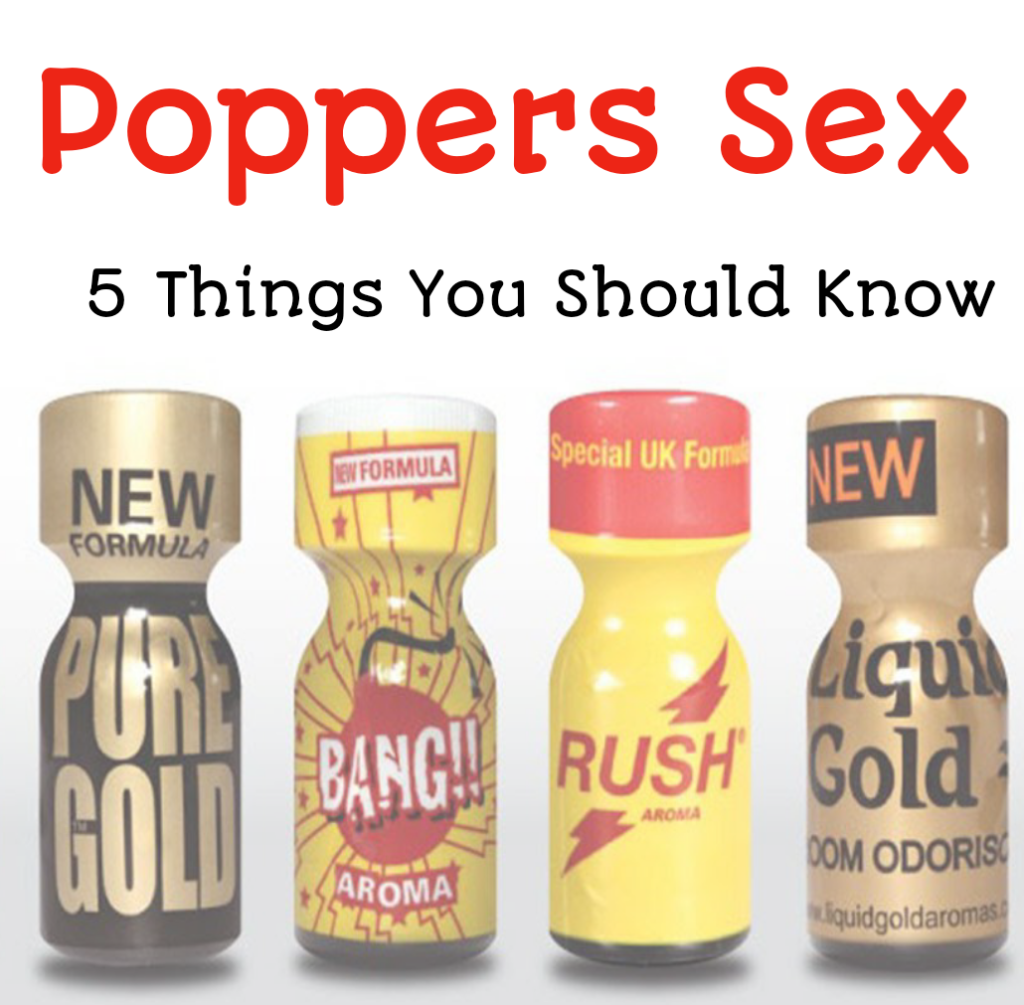 Poppers were first synthesized by a French chemist named Antoine Jérôme Balard in 1844 and Sir Thomas Lauder Brunton, a Scottish physician who was born in the year of amyl nitrite’s first synthesis, pioneered its use to treat angina pectoris a heart condition. The term poppers was first used for these drugs in the 1960s, when amyl nitrite was sold in capsules that were cracked, or “popped,” to release the chemical. Poppers have also been historically used for sexual encounters, initially within the gay community. If you trace the bottle of amyl (a type of alkyl nitrite) through late 20th century history, you trace the legacies of gay culture on popular culture in the 20th century; they were part of club culture from the mid-1970s disco scene and returned to popularity the 1980s and 1990s rave scene.

Advances in medical science means that the drug is rarely used for heart problems today, nevertheless, amyl nitrite is still used to treat cyanide poisoning. They are also widely used as recreational drugs, especially on the gay scene, and are typically taken as fumes inhaled directly from small bottles. Poppers are cheap and easy to purchase, as they are often sold as a room deodorizer or as sex enhancers in sex shops.

What is Poppers Sex?

Poppers sex refers to sexual intercourse under the influence of amyl nitrate, butyl nitrite, and or liquid gold. Poppers are said to enhance sexual intercourse by giving the user a sense of euphoria for a short period of time along with several physiological responses.

According to researchers at Binghamton University, State University of New York, people with the “thrill-seeking” gene are more prone to addictive disorders, including alcoholism, gambling, drug abuse, and risky sexual behaviors establishing a genetic link between cheating and substance abuse. Each of these produces a rush of dopamine, the neurotransmitter associated with reward and pleasure. And certain individuals are genetically vulnerable to the effects of dopamine.

In addition, a 2013 study conducted by the University of Granada and published in the Journal of Sexual Medicine found that past substance abuse negatively impacts male sexual performance even after years of abstinence.

Effects and side effects

Poppers primarily act as vasodilators, which means that they expand blood vessels. Having dilated blood vessels can cause: a sudden drop in blood pressure, dizziness, an increased heart rate, warm sensations throughout the body, lightheadedness, warm sensations throughout the body, it may cause fainting or a loss of consciousness when blood pressure gets too low.

Respiratory reactions: Inhaling strong chemicals, such as poppers, can affect breathing and other functions of the respiratory tract, leading to sinus problems and wheezing.

Headaches: Because poppers cause blood vessels in the brain to widen, headaches can result. They can vary in intensity and may persist after the euphoric effects of the drug wear off.

Crusty skin lesions: These typically occur around the nose, lips, and other areas exposed to amyl nitrite fumes.

Allergic reactions: Scented poppers can cause problems for people who are allergic to certain fragrant chemicals.

Pressure in the eyes: Amyl nitrite can increase the levels of fluid in the eyes, causing intraocular pressure. This can be dangerous for people who have, or are at risk of, the eye disorder glaucoma.

Other adverse reactions include chest pains, nausea, loss of coordination, and nosebleeds.