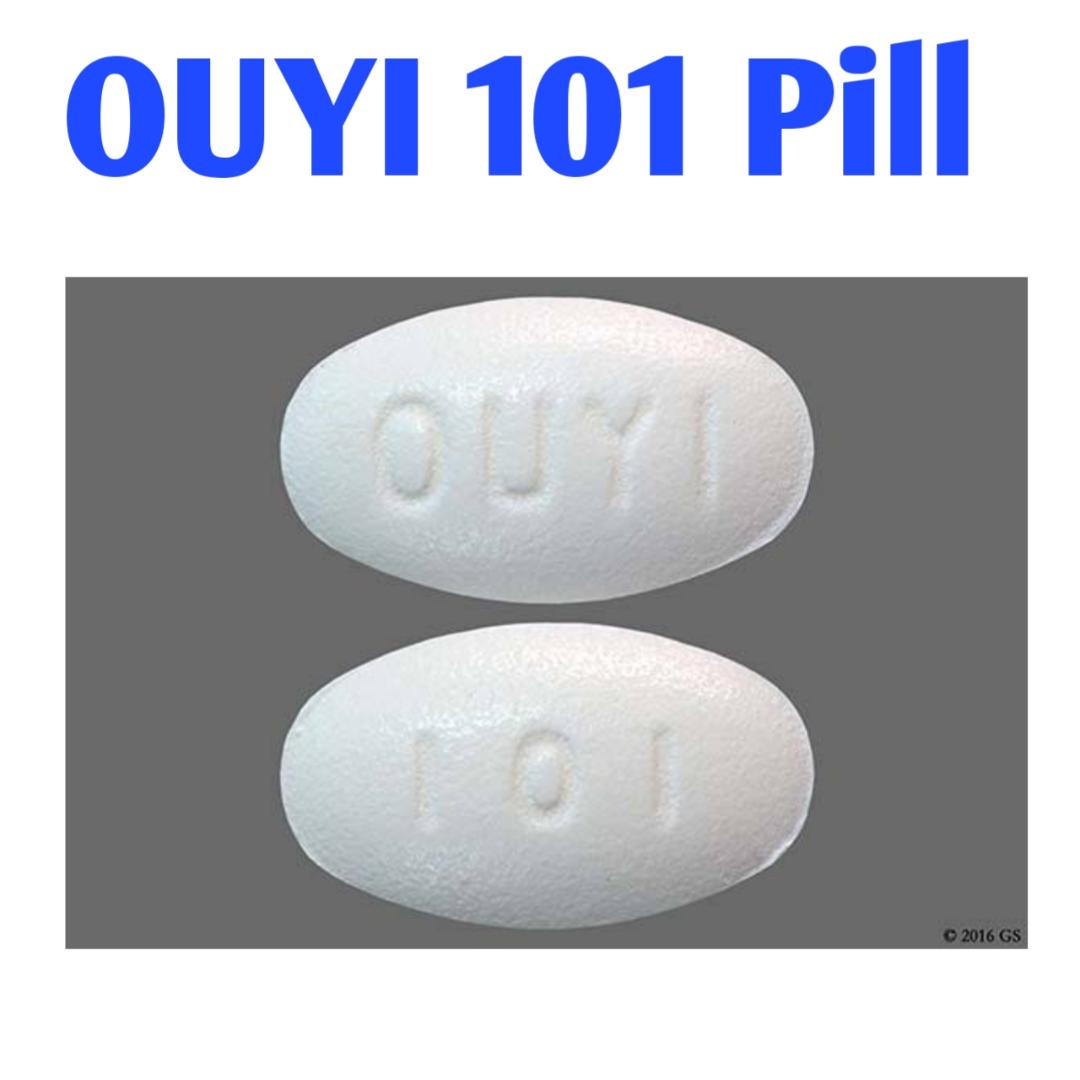 What Kind of Medicine Is OUYI 101?

The white pill with the imprint OUYI 101 has been identified as Tramadol Hydrochloride 50 mg. It is supplied by Virtus Pharmaceuticals LLC. Tramadol is used in the treatment of back pain; chronic pain; pain and belongs to the drug class narcotic analgesics. Risk cannot be ruled out during pregnancy. Tramadol 50 mg is classified as a Schedule 4 controlled substance under the Controlled Substance Act (CSA).

Tramadol was originally considered to have a much better safety profile than other opioid analgesics like morphine or hydrocodone. The US Food and Drug Administration (FDA) originally approved tramadol for use in 1995, and recommended it not be classified as a controlled substance. However, due to mounting evidence of abuse among the general public, as well as evidence of withdrawal symptoms upon cessation, the Drug Enforcement Administration (DEA) published revised rules in 2014 making tramadol a federally controlled drug (Schedule IV).

When taken orally in pill form, the liver metabolizes OUYI 101 pill into several chemicals including O-desmethyltramadol, which produces much more potent effects than tramadol itself. Taken orally at high doses, OUYI 101 pill can produce an euphoric high similar to another commonly abused opiate medication, oxycodone (OxyContin). The Food and Drug Administration recommends that all tramadol-containing products are FDA-approved only for use in adults. FDA is also recommending against the use of codeine and tramadol medicines in breastfeeding mothers due to possible harm to their infants.

In individuals who use OUYI 101 pill for non-medical purposes, these side effects can be a warning sign of abuse. In addition to opioid receptor activity, OUYI 101 pill exerts some of its effects via its actions on serotonergic and noradrenergic neurotransmission. For this reason, there is also a known risk of seizures and convulsions in some patients taking OUYI 101 pill, with this risk being even more elevated in abusers seeking the euphoric effects, or “high,” produced by taking large doses of the drug.

Tell your doctor if you are breastfeeding or plan to breastfeed. Tramadol has been detected in human breast milk. Because of the possibility for adverse reactions in nursing infants from OUYI 101 pill, a choice should be made whether to stop nursing or to stop use of this medication. The importance of the drug to the mother should be considered.

As mentioned, in addition to its opioid-like effects, OUYI 101 pill also increases brain levels of the neurotransmitters serotonin and norepinephrine, similar to the changes induced by antidepressant drugs including venlafaxine (Effexor).

Users have reported that such mood-elevating properties caused them to take higher doses of the drug – or take it more often – than had been prescribed. In addition to the euphoric and mood-enhancing effects sought by tramadol abusers, taking this drug for nonmedical purposes, or taking it in a manner different from that prescribed by a doctor, can have negative and sometimes dangerous results. These include disturbed sleep patterns resulting in insomnia, and the aforementioned increased risk of convulsions or seizures. READ: L484 white pill: Uses, Dosage, Side Effects, Warnings

Additionally, abusing OUYI 101 pill can lead to tolerance and dependence.

Individuals who abuse OUYI 101 pill for an extended period of time and develop psychological dependence may begin to experience compulsive cravings to take the drug and to feel that they need it to cope with everyday problems. People who are psychologically addicted to OUYI 101 pill can feel anxiety if they do not have access to the drug and will engage in behaviors such as doctor shopping or prescription forgery in order to maintain their supply.

Habitual users who become tolerant to OUYI 101 pill need to increase the amount or frequency of the doses they take in order to achieve the desired effects. This puts them at risk of accidental overdose, symptoms of which include:

Abusers who continue to take tramadol long enough and at high enough doses will eventually develop a physical dependence on the drug and experience unpleasant, or even dangerous, symptoms of withdrawal if they stop taking the medication.

The withdrawal symptoms caused by tramadol overlap with both opiate and anti-depressant withdrawal syndromes and include:

Tramadol abuse and dependence present many of the same challenges as addictions to other opiate drugs, and can be addressed by the same facilities and services. Medically supervised detoxification from tramadol is recommended to minimize the dangers presented by withdrawal syndrome.

Following detoxification, a range of rehabilitation facilities is available to help abusers get on the road to recovery.

Outpatient programs allow those who are able to continue living at home while attending therapy sessions multiple days or evenings per week.

Peer recovery organizations such as SMART Recovery, LifeRing Secular Recovery, and 12-step groups provide a forum for people in recovery to share their experiences and offer support to one another.

If you or someone you love is abusing tramadol, there is help available. Please call 1-877-474-0880Who Answers? for immediate assistance.

Tramadol abuse has also been documented among adolescents in high school, where the drug is also known by the slang name “ultras.” Though there is scant reporting on national teen tramadol abuse, the Monitoring the Future survey revealed that 9.5% of high school seniors had ever taken a narcotic other than heroin – a group of drugs that includes tramadol – for non-medical reasons.

Furthermore, the availability of OUYI 101 pill and other drugs from sources like Internet websites or friends with legitimate prescriptions means parents should make sure their children are informed about the dangers of abusing any drug not prescribed to them specifically.

Although tramadol abuse is smaller in scope compared to other opiate painkillers, the number of people using this drug for nonmedical purposes and the consequences of that use are still significant. Some key tramadol statistics from the National Survey on Drug Use and Health and the Drug Abuse Warning Network include:

In 2013, the highest rate of tramadol abuse was found in young adults–with 2.8% of all people aged 18 to 25 taking it at some point for non-medical reasons.