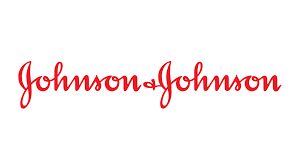 According to news report, a group of US state attorneys general unveiled a landmark $26bn settlement with large drug companies for allegedly fueling the deadly nationwide opioid epidemic, but some states were cool on the agreement. The deal was the second-largest cash settlement ever, trailing only the $246bn tobacco agreement in 1998.

The steady rise of Americans addicted to prescription Opioids have concerned health officials, with 130 fatal overdoses occurring each day according to a Harvard article. Approximately 70% of Opioid deaths involve Opioid analgesics or prescription Opioids, which has called many to reconsider prescription Opioid distributions and policies. Attorney generals in 7 states declared a $26 billion settlement with Johnson & Johnson and 3 other large drug distributors in response to Opioid lawsuits.

The main companies, Cardinal Health McKesson Corp and AmerisourceBergen, have to pay $21 billion over 18 years, while Johnson & Johnson would pay $5 billion over 9 years ($3.7 billion in 3 years) if approved. Fourteen states have been very instrumental in proposing the settlement, advocating for families impacted by the Opioid epidemic.

The proposal aims to lower the ongoing effects of America’s Opioid crisis. By reducing the spread of the Opioid epidemic by placing responsibility on targeted distributors and companies, many hope to lower the hundreds of both fatal and non fatal Opioid overdoses that occur each day. According to a press release from New York Attorney General Letitia James, 4,000 entities have filed lawsuits in federal and state courts against McKesson, Cardinal Health, AmerisourceBergen, and Johnson & Johnson. Cardinal Health, McKesson, and AmerisourceBergen have distributed Opioids, while Johnson & Johnson has been targeted as a manufacturer of Opioids.

Johnson & Johnson must agree to stop funding third parties for the promotion of Opioids and halt their Opioid sales. According to CNN, Michael Ullmann executive vice president of Johnson & Johnson stated, “We recognize the Opioid crisis is a tremendously complex public health issue, and we have deep sympathy for everyone affected.” He continued, “This settlement will directly support state and local efforts to make meaningful progress in addressing the Opioid crisis in the United States.”

The agreement calls for these companies to be accountable for their shipments of Opioids, as the other 3 companies must account for their shipments as well as the shipments of other distributors. The result would be a $23 billion in mitigation efforts to get treatment for those most impacted by their Opioid distribution and manufacturing. States like New York will get, “up to $1.25 billion for fund prevention,” which includes both treatment and recovery programs.

These companies can help families of those affected by getting them treatment or other types of support. They must also report and halt processing of any suspicious orders, according to CNN, gatekeeping other companies’ attempts to distribute them. Such an act mirrors an earlier settlement with tobacco in the 1990s, the Purdue Pharma and Mallinckrodt Pharmaceuticals, and a prior settlement between the state of New York and Johnson & Johnson in June of 2021. Reuters.com also states a trial against the three remaining defendants, Endo International Plc, Teva Pharmaceutical Industries Ltd, and AbbVie Inc Allergen department, is currently underway in state court.

Complications from Opioid analgesic dependence and abuse have resulted in increased abuse of illicit Opioids like Heroin and Fentanyl. The National Institute on Drug Abuse cites, “Of those who began abusing Opioids in the 2000s, 75% reported that their first Opioid was a prescription drug.” Furthermore, recent Opioid-related overdoses have increased due to combining them with Cocaine and/or Methamphetamine. Opioid-related deaths have increased with the onset and spread of COVID-19, with a U.S. News source stating, “the economic losses of grief, anxiety, and social isolation are leading to increased substance use.” Because of this, many who have abused substances in isolation were more likely to overdose..

What is an Opioid Risk Assessment Tool?