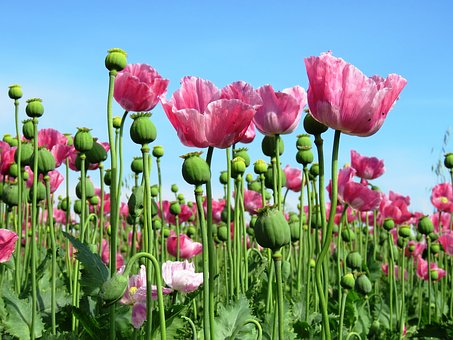 What is an Opioid?

Opioids are chemical substances which act on opioid receptors on nerve cells in the brain and nervous system resulting in the production of morphine-like effects. In medicine, they are principally used in relieving pain for anesthesia and the suppression of diarrhea.

What is opioid epidemic?

An opioid epidemic or opioid crisis can be defined simply as an opioid dependence behavior involving a disproportionately large number of people beyond what is normally expected within a given population.

According to the Center for Disease Control and Prevention (CDC), 91 Americans die from opioid overdose every day and over five hundred thousand Americans have died between 2000 and 2015. Available data from the American Society of Addiction Medicine (ASAM) indicates that over  20 .5 million Americans aged 12 or older had a substance use disorder in 2015 , of this figure 10 %  were related to the abuse of opioid containing prescription pain relievers. The amount of prescription opioids sold to pharmacies, hospitals, and doctors’ offices have also quadrupled and in 2011, deaths from prescription opioid overdoses overtook the combined fatalities from heroin and cocaine.

Although opioids are a vital component of modern medicine owing to their successes in helping cancer patients and others cope with acute pain the growing narcotic crisis is complicating efforts towards improving the already challenging mental health dilemma across America. The increase dependence on narcotic substances by a growing number of the population has reached unprecedented levels forcing local health officials to seek badly needed higher level assistance to curb a menace that is threatening to destroy the foundations of our societies. In this piece we x- ray the impact of codeine and hydrocodone  and how they breed dependence and destroy lives.

Codeine is an opiate that is often used to treat mild to moderate pain, cough, and for diarrhea. It is related to morphine but with mild sedative effect and less potent analgesic properties. Although the mechanism of action of codeine is not completely known to science, the drug is known to act centrally to suppress cough. On the other hand, Hydrocodone  are produced from a synthetic molecule in the mode of the natural constituent of the opium poppy flower. The drug is a schedule C-III narcotic substance that acts on the central nervous system in the same way as its naturally occurring family members such as codeine and morphine. The primary reason for prescribing hydrocodone based cough medicines is to alleviate chronic coughing that can accompany conditions such as lung cancer. Examples of hydrocodone containing syrups are Tussionex, Novasus, Tussicaps, Hytan and S-T Forte.

What is the difference between codeine and hydrocodone?

The use of codeine and hydrocodone for an extended period of time also have other far reaching consequences such as the increased risk of urinary retention, infections, and liver damage. With over two million Americans  becoming  dependent on prescription pain pills annually, it will take more than a declaration of an opioid emergency to halt the current unacceptable loss of lives in Gods own Country.