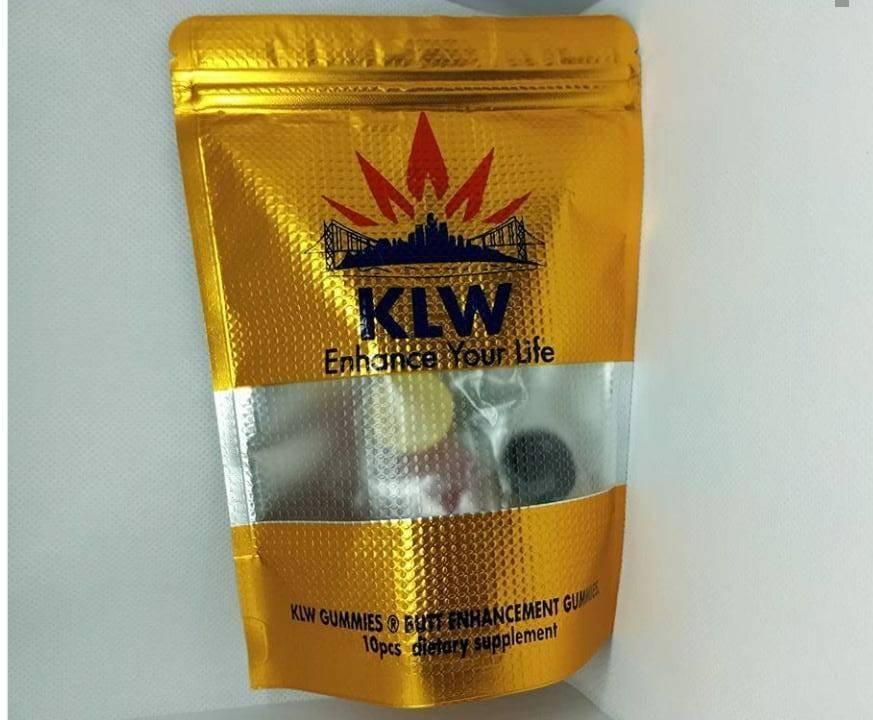 KLW Gummies is a butt enhancement supplement that is basically made up of natural herbs and roots which the promoters claim will help increase your buttocks, hips and also slim your  tummy. They claim it has helped thousands of women achieve bigger, fuller and rounder buttocks naturally with its natural blend of ingredients that have been proven to signal your body to store more fat on the buttocks, hips and thighs.

What are the ingredients in KLW Gummies?

To really know whether the KLW gummies are as effective as they claim let’s look at the scientific evidence. Fenugreek one of the major ingredients is a spice that has long been used as a supplement for various conditions, according to the National Center for Complementary and Integrative Medicine. Today, it’s commonly used to increase breast milk production as well as a dietary supplement for managing diabetes. Taking fenugreek seeds is unlikely to increase hip size.

Studies have also shown that flavonoids present in the fennel seeds mildly increase the estrogen hormone that results in natural breast growth. Fennel seeds are also effective as stimulants that help the formation of new cells and tissues in the breast, thereby increases your breast size. But there were no scientific evidence to back up the hip size increase.

Diosgenin or wild yam is often promoted as a “natural alterative” to estrogen therapy, so you will see it used for estrogen replacement therapy, vaginal dryness in older women, PMS (premenstrual syndrome), menstrual cramps, weak bones (osteoporosis), increasing energy and sexual drive in men and women, and breast enlargement. Blessed thistle another ingredient has powerful anti-inflammatory capabilities, which can help the body after a series of body building workouts. It also has antibacterial and anti-fungal activities, which can help protect the body from various infections and diseases and also promotes healthy digestion. There is also no evidence of its hip or buttocks boosting properties.

Dong quai works to increase too-low estrogen levels and to lower levels that are too high; for this reason, it’s a popular remedy for women with PMS or unmanageable menstrual cramps. Some actually call don quai the “gynecological regulator” because it works so well to even out women’s‘ cycles, particularly after stopping hormonal birth control.

Dong quai is used for menstrual cramps, premenstrual syndrome (PMS), and menopausal symptoms. It is also used orally as a “blood purifier”; to manage hypertension, infertility, joint pain, ulcers, “tired blood” (anemia), and constipation; and in the prevention and treatment of allergic attacks. Dong quai is also used orally for the treatment of loss of skin color (depigmentation) and psoriasis. Some men apply dong quai to the skin of the penis as part of a multi-ingredient preparation for treating premature ejaculation.

Maca is another ingredient that has been extensively studied for its potent health-promoting properties. It’s also a common supplement used to boost libido, mood, and energy levels. Additionally, many people claim that maca root can help improve body composition and enhance curviness  despite limited evidence. Though research to support its use for becoming curvier is lacking, maca root has been shown to increase energy levels and physical performance, which could promote muscle-building and curviness.

Although KLW Gummies has an excellent plant profile with huge benefits especially for women there are no evidence to back-up its butts enhancement claims or its effectiveness in enhancing the female hip despite anecdotal evidence to the contrary.

How do people use KLW Gummies?

Promoters Suggested Use: 1 (one) gummies daily, chew till it dissolves then swallow. Results can be seen within 2-3 weeks and maximum results can be achieved after 2 months of usage the promoters claim.

What are the side effects of KLW Gummies?

Although the promoters of KLW Gummies claim the product does not produce any side effects, the individual ingredients used in making the product have many side effects. Maca one of the ingredients is not currently associated with any health risks in most people and is unlikely to cause any side effects in moderate doses. However, due to its effect on hormones, people with thyroid problems should avoid taking maca based products. SEE: How to Use Fenugreek For Breast Enlargement

What Are The Side Effects of Botcho Cream?