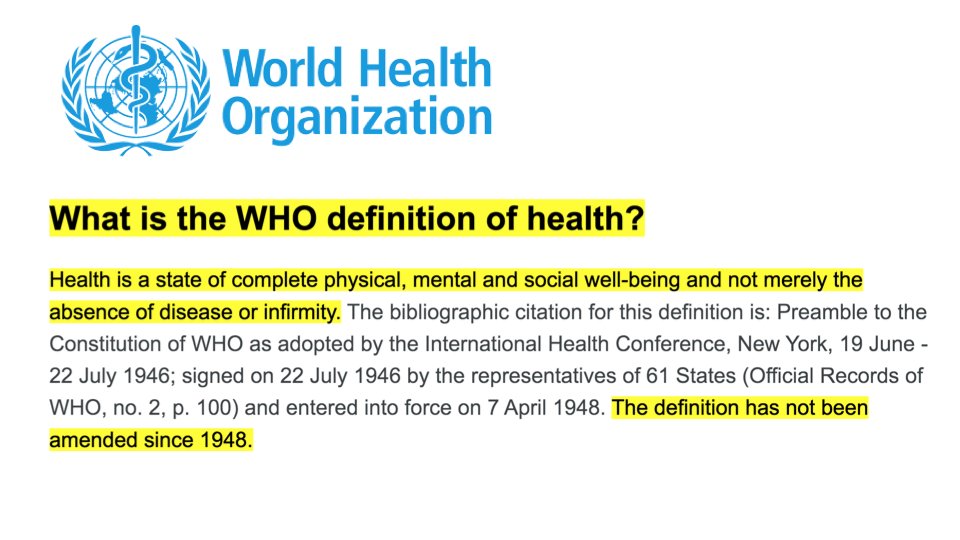 The World Health Organization is an agency of the United Nations saddled with the ultimate responsibility for international public health and safety. The WHO Constitution states its main objective as “the attainment by all peoples of the highest possible level of health.

WHO states that it remains firmly committed to the principles set out in the preamble to the Constitution which defines health as follows:

According to WHO, there is ample evidence that social factors, including education, employment status, income level, gender and ethnicity have a marked influence on how healthy a person is. In all countries – whether low-, middle- or high-income – there are wide disparities in the health status of different social groups. The lower an individual’s socio-economic position, the higher their risk of poor health.

Health inequities are systematic differences in the health status of different population groups. These inequities have significant social and economic costs both to individuals and societies.

Close to 1 billion people in the world live in slum conditions, representing about one quarter of the world’s urban population. The likelihood of meeting the Sustainable Development Goal 3 on good health and well-being is closely linked to the targets of goal 11 on sustainable cities and communities.

Health inequities are differences in health status or in the distribution of health resources between different population groups, arising from the social conditions in which people are born, grow, live, work and age. Health inequities are unfair and could be reduced by the right mix of government policies.