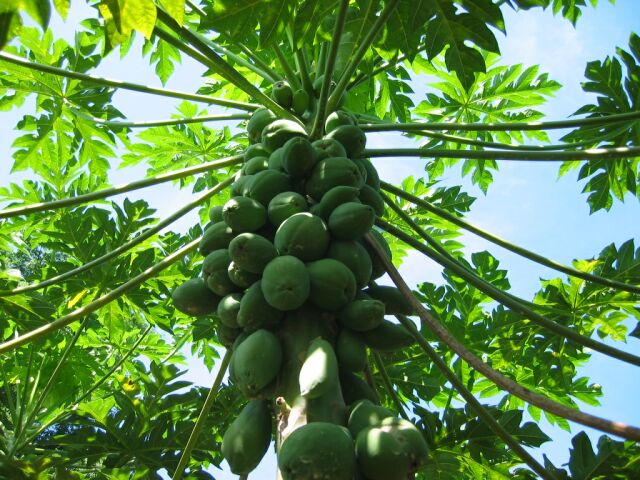 Diabetes is a chronic disease that occurs either when the pancreas does not produce enough insulin or when the body cannot effectively use the insulin it produces. Insulin is a hormone that regulates blood sugar. Hyperglycaemia, or raised blood sugar, is a common effect of uncontrolled diabetes and over time leads to serious damage to many of the body’s systems, especially the nerves and blood vessels.

Papaya leaf is used in traditional medicine practices to treat diabetes and high blood sugar levels. While animal studies have shown that papaya leaf has a blood-sugar-lowering effect, no human studies support its use for this purpose.

Papaya leaf is often used in Mexican folk medicine as a natural therapy for treating diabetes and improving blood sugar control. Studies in mice with diabetes have found papaya leaf extract to have potent antioxidant and blood-sugar-lowering effects. This is attributed to papaya leaf’s ability to protect insulin-producing cells in the pancreas from damage and premature death.

In addition to its anti diabetic properties, Papaya leaf tea might be a good anticancer agent according to a study published in the “Journal of Ethnopharmacology.” The researchers said that the results of their preliminary study indicates that the immune-modulating properties of papaya leaf tea may prove to be useful in treatment and prevention of diseases, including cancer, allergies and as a component in some vaccines. 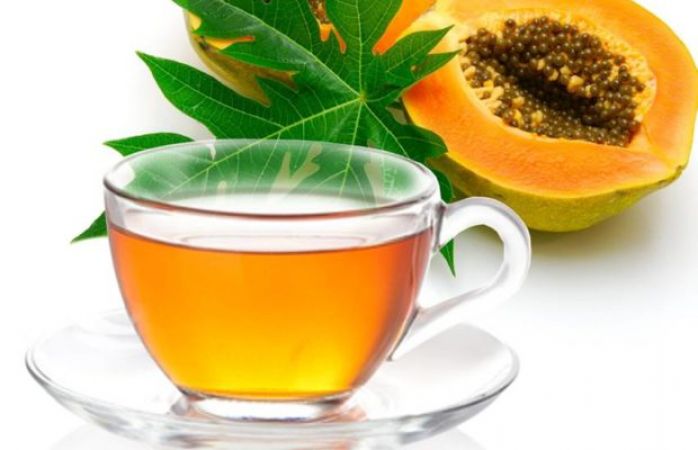 How to Prepare Pawpaw Leaf tea For Diabetes

When making herbal teas, the length of steeping time depends on what part of the plant you’re using. General tea making instructions include bringing water to a boil, then adding your tealeaf, stirring and resting for a specific length of time (aka. steeping).

For teas made with leaves, like pawpaw, steep for 2 min for green tea leaves, 3 min for dry tea leaves. If you included roots like ginger which can be an effective addition to your diabetes treatment, you will need to simmer these items in the water for a length of time that depend on whether the item is fresh (less time) or dried (more time) as steeping won’t be enough to extract the flavor from them.

When preparing tea to drink warm, use roughly the following amounts per 1 cup of boiling water; for iced tea, use about twice as much per cup:

When preparing iced tea: Make tea as you would for serving warm but use half as much water (or twice as much pawpaw tea/herbs), then cool and pour over ice. (There is an example recipe, below.) The goal is to make it twice as strong as hot tea. Optionally, garnish with fresh versions of what you used to make the tea.

Note: As much as possible, avoid sweetener of any kind. Always go for options that don’t require sugar for health reasons.

Culinary Medicine Tip: if you grew up drinking sweet tea, try making tea with slightly less sweetener than you are used to having each time you brew it. This is a good way to slowly acclimate your taste buds to less sweet drinks. It helps if you are also cutting back on added sugars and artificial sweeteners in the rest of your diet. Most people can work to adapt their tastebuds over time to less sweet foods and drinks. Doing this gradually helps most people to enjoy the flavor of foods and drinks more than making abrupt changes. The same is true for those trying to reduce salt intake. ALSO SEE: How To Use Chirata In Diabetes

How To Use Pawpaw Leaf To Shrink Fibroid

How to Use Bitter Leaf For Natural Diabetes Treatment

How to Use Pawpaw Leaves For Menstrual Pain

How to Make Bitter Leaf Tea and Health Benefits
Pawpaw Leaf tea For Diabetes
January 7, 2021 Health FeaturesPublic HealthComments Off on How to Use Pawpaw (Papaya) Leaf For Diabetes