How to Use Pawpaw Leaves For Menstrual Pain 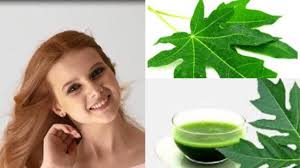 Menstruation occurs when the uterus sheds its lining once a month. Some pain, cramping, and discomfort during menstrual periods are normal. Excessive pain that causes you to miss work or school is not. Painful menstruation is also called dysmenorrhea. There are two types of dysmenorrhea: primary and secondary.

Primary dysmenorrhea occurs in people who experience pain before and during menstruation. If you’ve had normal periods that become painful later in life, it may be secondary dysmenorrhea. A condition affecting the uterus or other pelvic organs, such as endometriosis or uterine fibroids, can cause this.

What are the causes?

It’s not always possible to identify the cause of painful menstrual periods. Some people are just at a higher risk of having painful periods.

Painful menstrual periods can also be the result of an underlying medical condition, such as:

Premenstrual syndrome (PMS). PMS is a common condition that’s caused by hormonal changes in the body occurring 1 to 2 weeks before menstruation begins. Symptoms typically go away after bleeding begins.

Endometriosis. This is a painful medical condition in which cells from the lining of the uterus grow in other parts of the body, usually on the fallopian tubes, ovaries, or tissue lining the pelvis.

Fibroids in the uterus. Fibroids are noncancerous tumors that can put pressure on the uterus or cause abnormal menstruation and pain, though they often don’t cause symptoms.

Pelvic inflammatory disease (PID). PID is an infection of the uterus, fallopian tubes, or ovaries often caused by sexually transmitted bacteria that cause inflammation of the reproductive organs and pain.

Adenomyosis. This is a rare condition in which the uterine lining grows into the muscular wall of the uterus, causing inflammation, pressure, and pain. It can also cause longer or heavier periods.

Cervical stenosis. Cervical stenosis is a rare condition in which the cervix is so small or narrow that it slows menstrual flow, causing an increase of pressure inside the uterus that causes pain.

Papaya leaves are known for their medicinal uses and hold special significance in Ayurveda. Ayurveda and yoga rely heavily on these plant leaves to treat major conditions from malaria to cancer and everything in between. Keep growing papaya trees and keep nurturing them so that you can utilize them and treat your condition naturally. Various papaya leaf preparations are frequently used to remedy a broad range of internal and external inflammatory conditions, including joint pain.

These compounds act directly on your CNS (central nervous system) and block the transmission of pain-inducing and pro-inflammatory chemicals, such as histamines, serotonin, and prostaglandins, reducing the pain and the severity of inflammation.

How to Use Pawpaw Leaves to Reduce Menstrual Pain

Although pawpaw extract is often preferable but fresh papaw leaves are difficult to come by hence the resort to dry leaves. When making herbal teas, the length of steeping time depends on what part of the plant you’re using. General tea-making instructions include bringing water to a boil, then adding your tealeaf, stirring, and resting for a specific length of time (aka. steeping).

For teas made with leaves, like pawpaw, steep for 2 min for green tea leaves, 3 min for dry tea leaves. If you included roots like ginger which can be an effective addition to your treatment. Ginger is one of the most powerful emmenagogue (herbs with magical properties that stimulate menstrual flow, resulting in the promotion of menstruation).

By using ginger, you will need to simmer these items in the water for a length of time that depends on whether the item is fresh (less time) or dried (more time) as steeping won’t be enough to extract the flavor from them.

When preparing tea to drink warm, use roughly the following amounts per 1 cup of boiling water; for iced tea, use about twice as much per cup:

When preparing iced tea: Make tea as you would for serving warm but use half as much water (or twice as much pawpaw tea/herbs), then cool and pour over ice. (There is an example recipe, below.) The goal is to make it twice as strong as hot tea. Optionally, garnish with fresh versions of what you used to make the tea.

Note: As much as possible avoid sweeteners of any kind. Always go for options that don’t require sugar for health reasons.

Culinary Medicine Tip: If you grew up drinking sweet tea, try making tea with slightly less sweetener than you are used to having each time you brew it. This is a good way to slowly acclimate your taste buds to less sweet drinks. It helps if you are also cutting back on added sugars and artificial sweeteners in the rest of your diet. Most people can work to adapt their tastebuds over time to less sweet foods and drinks. Doing this gradually helps most people to enjoy the flavor of foods and drinks more than making abrupt changes. The same is true for those trying to reduce salt intake. ALSO SEE: How to Use Pawpaw (Papaya) Leaf For Diabetes

How to Use Fenugreek For Painful Menstrual Periods (Dysmenorrhea)

How To Use Pawpaw Leaf To Shrink Fibroid
papaw leaf and menstruation.
January 7, 2021 Women's HealthPublic HealthComments Off on How to Use Pawpaw Leaves For Menstrual Pain