How to Use Fire Extinguishers 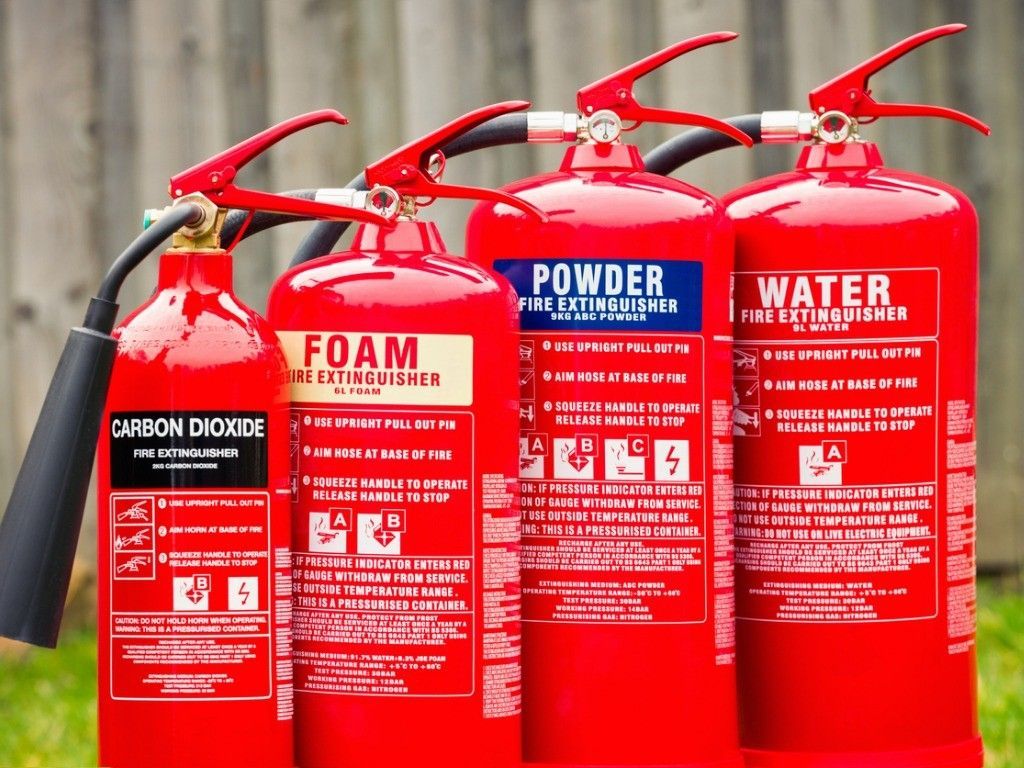 A fire extinguisher is an active fire protection device used to extinguish or control small fires, often in emergency situations. It is not intended for use on an out-of-control fire, such as one which has reached the ceiling, endangers the user, or otherwise requires the expertise of a fire brigade. The importance of fire extinguishers is no better demonstrated than by this fact: extinguishers put out more workplace fires than the Fire and Rescue Service. In fact, the results showed that around 70% of incidents didn’t require the assistance of the emergency services as they were taken care of by extinguishers. This statistic has been largely overlooked by government figures relating to workplace fires, however, as only those that were attended by the Fire and Rescue Service are recorded, drastically skewing the total number of “official” incidents every year.

This all adds up, as there could have been upwards of 130,000 fires in non-dwelling properties in the year before the survey was performed, where only 40,500 were reported. These numbers really drive home the integral role that fire extinguishers play in workplace health and safety. The success rates of fire extinguishers are conclusive enough to underline their importance. 88% of instances that saw the equipment employed resulted in the extinguishing of the fire; in many cases preventing potentially serious, uncontrollable blazes from breaking out, or at least containing them until Fire and Rescue Services arrived. 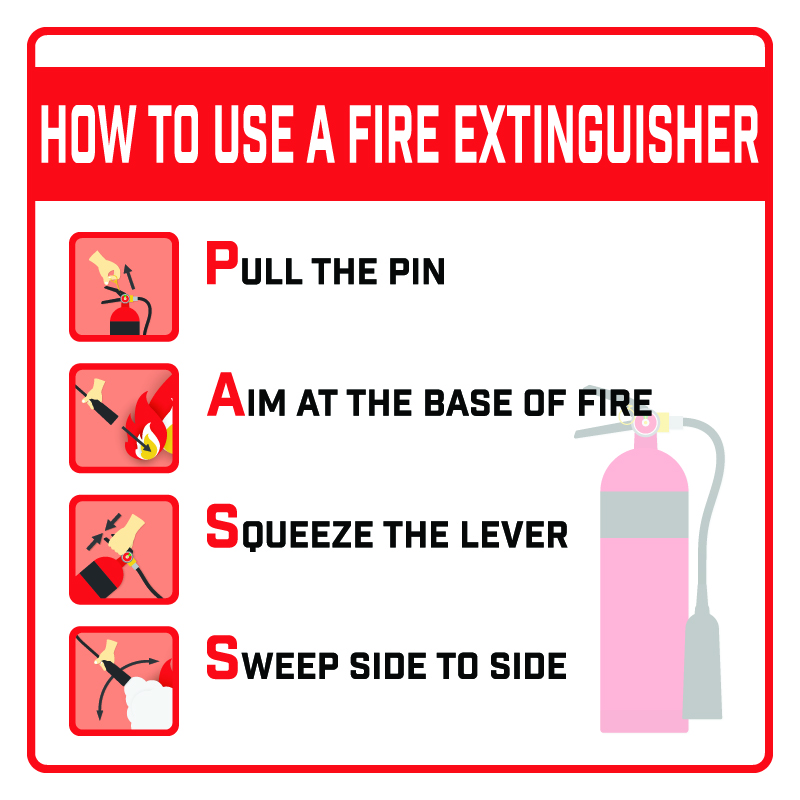 How to Use Fire Extinguishers

For an easy-to-remember 4-step process to operating a fire extinguisher, learn the PASS system:

Always test the fire extinguisher before approaching a fire to ensure it is functioning properly. Fire extinguishers should be tested annually by a reputable contractor and tagged with the date of inspection. 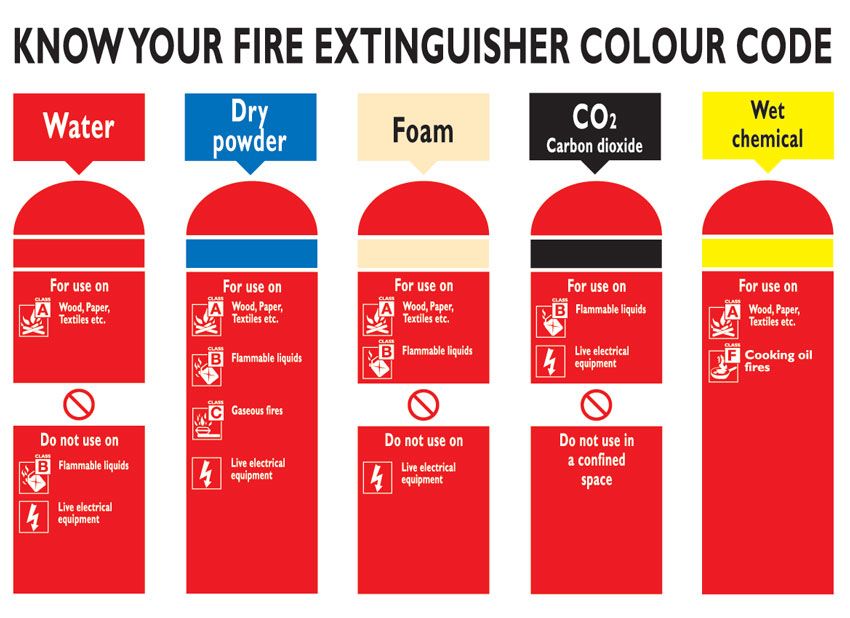 How to Select the Right Fire Extinguisher

When it comes to fire extinguisher safety, it’s also important to have the right tool for the job. Be prepared with the appropriate fire extinguisher based on the combustible materials you may come into contact with.

Class A: Fires with ordinary combustibles such as wood and paper

Class B: Flammable/combustible liquid fires such as oil or gasoline

Class K: Combustible cooking media such as vegetable or animal oils and fats

Remember to Check Your Fire Extinguisher for:

Easy access in an emergency- be sure nothing is blocking or limiting your ability to reach it.

The recommended pressure level- many extinguishers have gauges that show when pressure is too high or too low.

Working parts- make sure the can, hoses, and nozzles aren’t damaged, dented, or rusted.

Cleanliness- remove any dust, oil, or grease that might be on the outside of the extinguisher.

Below is a checklist to help you prepare to use a fire extinguisher.

The truth is that most fire extinguishers do not come with an expiration date, and it can be challenging to know exactly when to replace your fire extinguisher. There is no exact, set number of years that you can have an extinguisher before it is considered “expired.”

Perhaps the most important factor is the hydrostatic test. Hydrostatic testing measures the integrity of the fire extinguisher’s cylinder, which is under constant pressure. If an extinguisher fails this test, it is unsafe and should be taken out of service immediately.

There are certain types of fire extinguishers that are now obsolete. If for some reason, you still own one of these, it could be considered “expired.” Fire extinguishers become obsolete when the technology is so significantly improved that codes and requirements change. NFPA-10 provides guidelines for which types of extinguishers are considered obsolete and should be removed from service.

How Many Months Is Federal Fire Service Training