How To Use Digital Glucometers 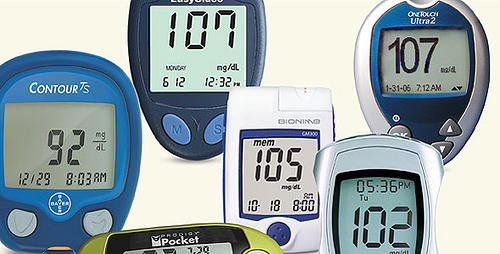 Digital glucometers are devices that monitor the approximate condition of the level of glucose in human bodies. These portable electronic devices provide you with feedback about your blood sugar level which is important if you are diabetic. Diabetes is a chronic disease that occurs either when the pancreas does not produce enough insulin or when the body cannot effectively use the insulin it produces. Insulin is a hormone that regulates blood sugar. Hyperglycaemia, or raised blood sugar, is a common effect of uncontrolled diabetes and over time leads to serious damage to many of the body’s systems, especially the nerves and blood vessels.

About 422 million people worldwide have diabetes, the majority living in low-and middle-income countries, and 1.6 million deaths are directly attributed to diabetes each year. Both the number of cases and the prevalence of diabetes have been steadily increasing over the past few decades.

Hospital glucose meters: One of the best types of Special glucose meters for multi-patient hospital use now come in trend and use. Hospital Glucose Meter provides more elaborate quality control records, The data handling capabilities of these Glucose Meter are designed to transfer glucose results into electronic medical records and the laboratory computer systems for billing purposes.

Point-of-Care Blood Glucose Meter: Point-of-care (POC) tests provide analytical information that can be used to make decisions at patients’ bedsides, as opposed to laboratory tests that must be run at a central laboratory. POC testing is a widely used tool to enable immediate determination of glucose levels in hospitalized patients and facilitate rapid treatment decisions in response to fluctuations in glycemia. Accurate POC glucose testing requires attention to various factors before, during, and after the performance of tests.

3) Proper documentation of the fidelity of meter results with the medical record to avoid post-analytical errors.

Blood glucose test strips (diabetes test strips) are a key component of blood glucose testing. These small disposable strips of plastic may look insignificant but they provide a very important role in helping people with diabetes to monitor and control their diabetes.

In the vast majority of cases, each meter will take one type of test strip only. There are some blood glucose meters however that take blood ketone strips as well, to test for ketone levels.

How do test strips work?

The level of gluconic acid is responsible for the current produced between the terminals. The blood glucose meter then uses an algorithm to work out the blood glucose level based upon the difference in current.

Some blood glucose test strips allow the reapplication of more blood to the same test strip if needed during the test.

When blood is placed on the active part of the strip and then wiped off after a specified number of seconds, the reagent will change color and the result can be obtained by matching the color against a color chart on the side of the pot.

Non-invasive glucose monitoring refers to the measurement of blood glucose levels (required by people with diabetes to prevent both chronic and acute complications from the disease) without drawing blood, puncturing the skin, or causing pain or trauma. The search for a successful technique began about 1975 and has continued to the present without a clinically or commercially viable product. As of 1999, only one such product had been approved for sale by the FDA, based on a technique for electrically pulling glucose through intact skin, and it was withdrawn after a short time owing to poor performance and occasional damage to the skin of users.

A continuous glucose monitor (CGM) is a device used for monitoring blood glucose on a continual basis by people with either type I or type II diabetes. It takes a reading on set intervals with a small electrode placed under the skin and held in place by an adhesive. A transmitter attached to the electrode sends data to a separate receiver.

Fingerprick testing of blood glucose levels measures the level at a single point in time. CGM use allows trends in blood glucose to be displayed over time. Users must calibrate CGM devices with traditional blood glucose measurements.

A limitation of the CGM system is that glucose levels are taken from the interstitial fluid rather than the blood. As it takes time for glucose to travel from the bloodstream into the interstitial fluid, there is an inherent lag behind the current blood glucose level and the level measured by the CGM. This lag time varies based on the person and the device and is generally 5–20 minutes.

How To Use Digital Glucometers

Perform your blood test within a few steps.

ALSO READ: How To Dispose Of Old Glucose Meters

How To Dispose Of Old Glucose Meters