How to Spot Fake Iclusig (Ponatinib) 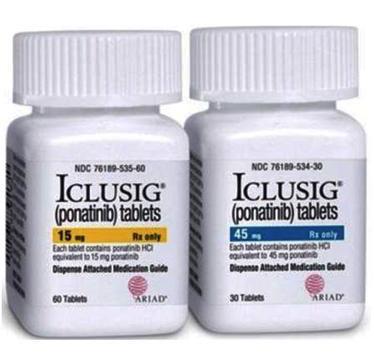 Iclusig (ponatinib) is an oral drug developed by ARIAD Pharmaceuticals for the treatment of chronic myeloid leukemia and Philadelphia chromosome-positive acute lymphoblastic leukemia. It is a multi-targeted tyrosine kinase inhibitor. Ponatinib is used to treat certain types of blood cancer (chronic myelogenous leukemia-CML, acute lymphoblastic leukemia-ALL). It works by slowing or stopping the growth of cancer cells. It belongs to a class of drugs known as kinase inhibitors.

However, the proliferation of counterfeit cancer drugs has led to the flooding of many drug stores with fake Iclusig made to look like the original. The Canadian Broadcasting Corporation reported on a warning issued in North America and Europe by the World Health Organization (WHO) about two batches of counterfeit cancer drugs that testing revealed contained nothing more than over-the-counter acetaminophen. The fake drugs were packaged to look like Iclusig, an oral medication developed to treat chronic myeloid and acute lymphoblastic leukemia.

According to WHO’s warning, a Swiss wholesaler first discovered the fakes, but others have since been found in Turkey and Argentina. Testings found counterfeit pills in both 15-milligram and 45-milligram dosages. Internet sales are one of the ways that the WHO listed these pills were being distributed around the world. Takeda and Incyte are the legitimate manufacturers of Iclusig, but neither produced the counterfeits currently on the market. The batch numbers for the fakes, which do not correspond to the genuine manufacturing records, are as follows:

Recently, WHO was informed that a wholesaler based in Malaysia had purchased the product ICLUSIG 45mg with batch number PR072875, presented in English language packaging. This specific product is referenced in the previous WHO Medical Product Alert N°2/2019 and is confirmed falsified. The same wholesaler had also purchased ICLUSIG 45mg with batch number PR0834170, presented in German language packaging. Using labels in the German language, the people behind the crime evidently want to exploit the good reputation of products “Made in Germany” and these labels should signal that the medicines under consideration may not be quite legally circulating in Asia but at least being of good quality considering where it comes from. However, upon verification, the genuine manufacturers, the pharmaceutical companies TAKEDA and INCITE, confirmed that the product version labelled in German is also falsified. Details of the two fake products detected in Malaysia are summarized in the WHO Alert N°3/2019. The entire case raises the question of which criminal organization holds the knowledge and resources to manufacture three different versions of fake ICLUSIG medicines in parallel and launch them simultaneously on three continents and on the internet.

WHO advises anyone who finds they are in possession of these counterfeit pills not to take them. U.S. citizens should report any suspected criminal activities involving pharmaceutical medications to the U.S. Food and Drug Administration (FDA) – Office of Criminal Investigations. 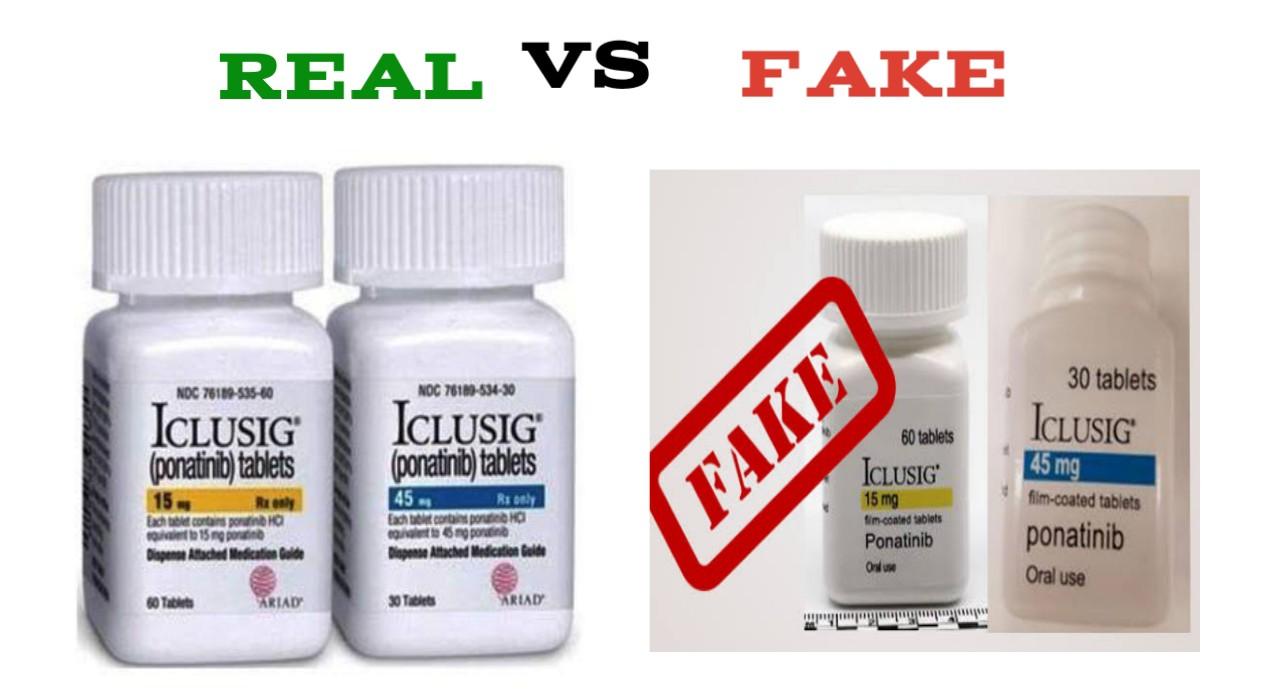 A consumer, may not have access to most of the test equipment used by regulatory bodies to verify the identity of a drug product but there are simple guidelines that can help identify a fake Iclusig:

Check the Iclusig Packaging: This is the simplest and the easiest method to check the authenticity of the Iclusig. Check the packaging for details like unusual fonts, print color, and missing logo. Analyze whether it appears the same or different from the one you have used before.

No Breakage in the Seal: Iclusig packet that comes with a security seal should not be damaged. Look for a crack or break in the sealing tape.

Check the Iclusig Dosage Form: Look for dissimilarities in the physical appearance of the drug-like its color, size, uniformity, consistency, shape, etc. 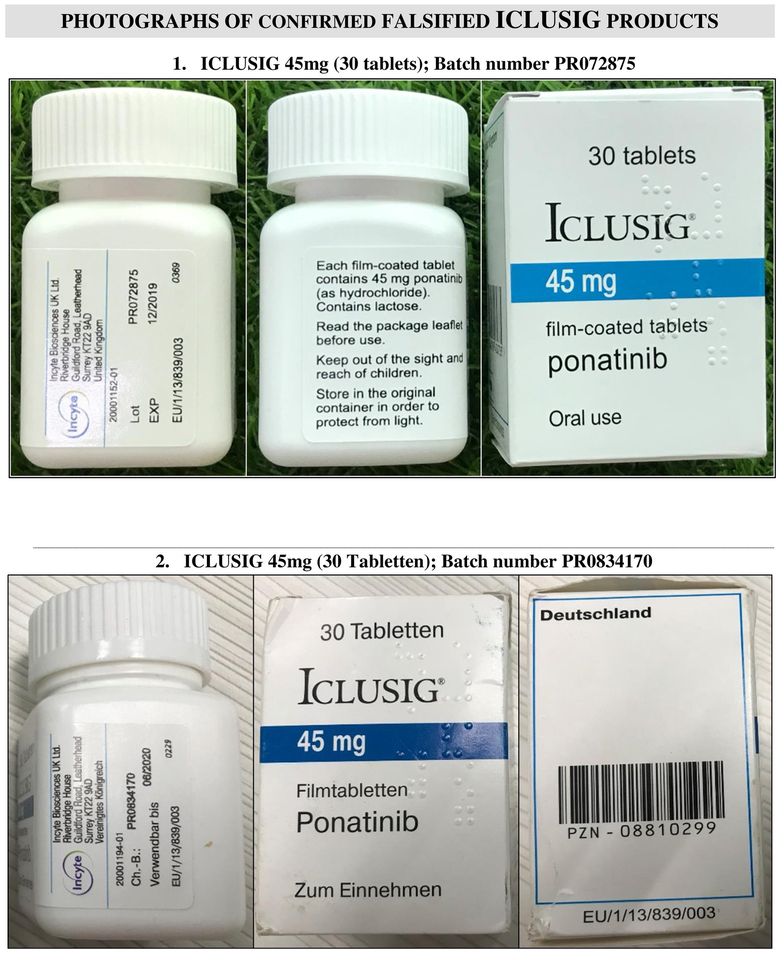 Allergies / Unexpected Side Effects from using Iclusig: Most medicines including Iclusig have side effects. It is important to consult your doctor before the usage to keep a check on allergies arising from it. If you notice certain unexpected or harmful side effects from your medication, report to your doctor immediately.

Price of Iclusig: If the price of an Iclusig is suddenly far cheaper than the usual rate, double-check the product as there may be a chance that the fake companies wanted to lure customers by providing medicines at much cheaper rates.

Verify Online or SMS: Many countries have unique methods for the verification of the genuineness of pills using authentication code or other online portals to confirm the authenticity of the Iclusig being purchased. SEE: How to Spot Fake Sutent (Sunitinib)

How to Spot Original Yodi Pills Vs Fake