How to Spot Fake Avastin (Bevacizumab) 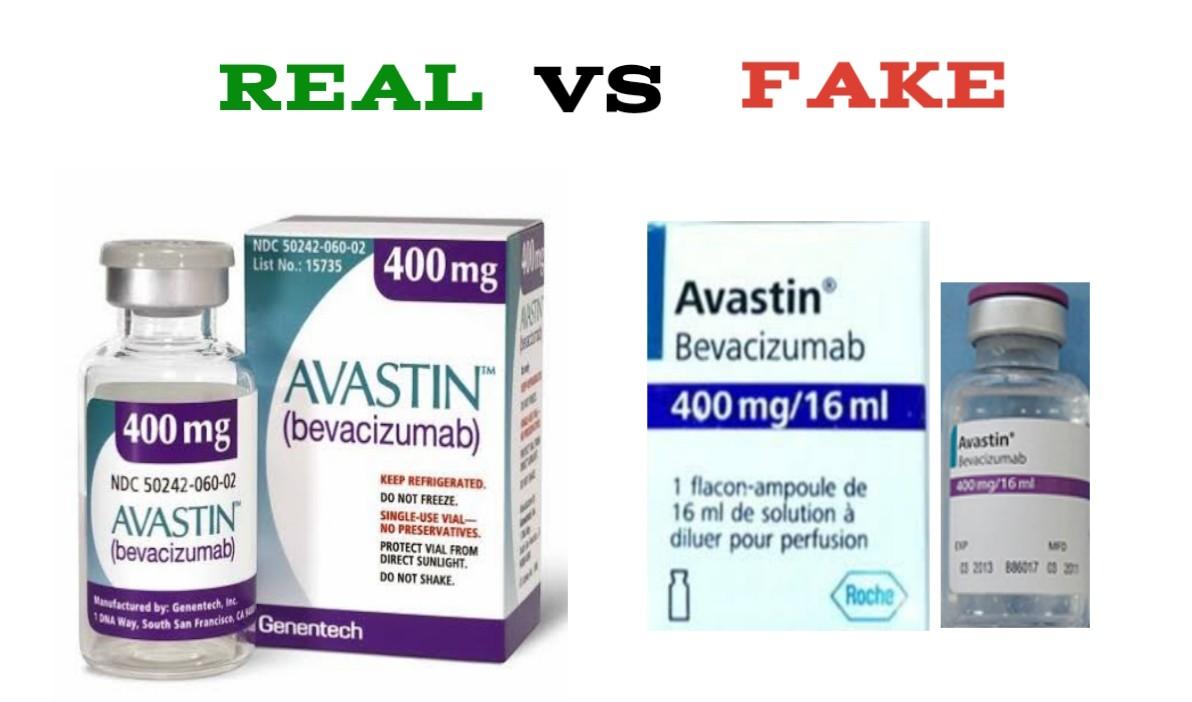 Avastin (Bevacizumab) is a cancer treatment drug manufactured by Genentech, USA. It is a treatment for many different types of cancers. Avastin targets a cancer cell protein called vascular endothelial growth factor (VEGF). This protein helps cancers to grow blood vessels, so they can get food and oxygen from the blood. All cancers need a blood supply to be able to survive and grow.

Avastin blocks this protein and stops the cancer from growing blood vessels, so it is starved and can’t grow. Treatments that interfere with the development of a blood supply are called anti angiogenesis treatments. The drug was among the first so-called designer drugs for cancer — molecules that target a particular protein or cell receptor that cancer cells need to keep growing.

Unfortunately, this life saving drug also become the target of counterfeiters and criminal gangs operating in the pharmaceutical industry. A release by The Food and Drug Administration says counterfeit Avastin, a costly cancer drug, has made its way to doctors in the United States. The counterfeit doesn’t contain the active ingredient.  Following this discovery, almost 1,000 FDA warning letters were sent to physicians and medical practices in 48 different states and two US territories, as more batches of counterfeit Avastin were uncovered. In response, criminal prosecutions have been pursued against certain distributors and clinicians, and other individuals who trafficked, sold, purchased, and/or administered an unsafe and ineffective treatment while also defrauding the government.

How to Spot Fake Avastin (Bevacizumab)

According to the FDA the Fake Avastin came from a foreign supplier called Quality Specialty Products. It also goes by the name Montana Health Care Solutions. (An Internet search turned up companies with these names that do not appear to be the ones the FDA is referring to.) The agency says the drug was distributed by Volunteer Distribution in Gainesboro, Tenn.

The fake Avastin comes in 400-milligram vials that cost $2,400. Last year Avastin racked up more than $2.5 billion in sales. Avastin is approved to treat colorectal, lung, kidney and brain cancer. The FDA, acting on a tip from its British counterpart, has identified three lot numbers on the packages of counterfeit Avastin. The labels look different from legitimate Avastin — they have foreign text as well as English, and they carry a Roche logo. Legal Avastin has labels with only English text and the name Genentech, a Roche subsidiary.

Doctors who got the FDA’s letters are being told to stop administering products from Quality Specialty Products or Volunteer Distribution, “or any other unapproved foreign source.”

Side Effects you Can Expect From Genuine Avastin

How To Spot K 9 Pill fake VS Real