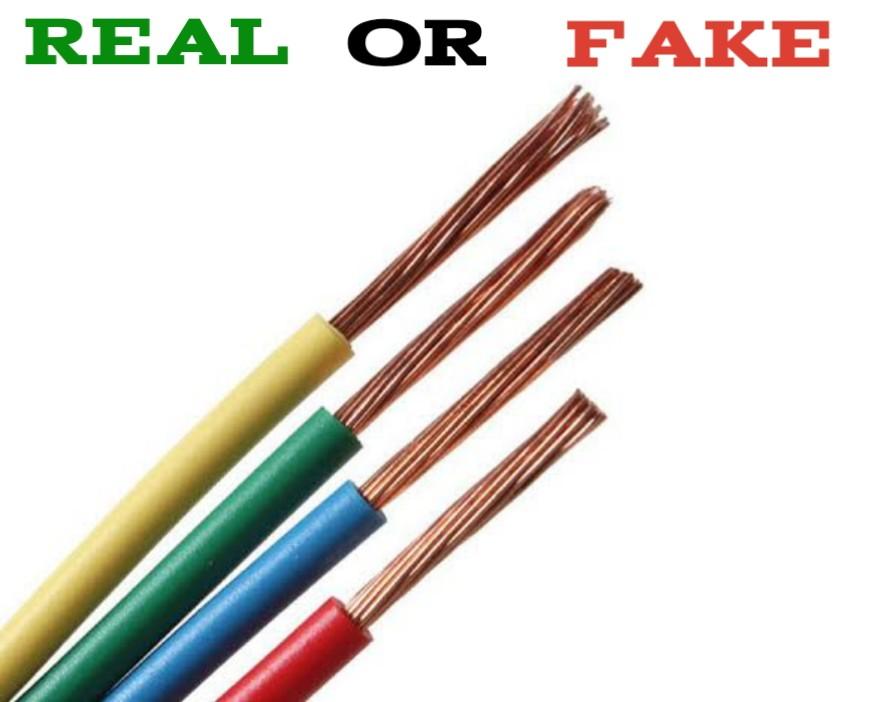 Electrical distribution systems are the third leading cause of home structure fires. Each year in the United States alone, arcing faults are responsible for starting more than 28,000 home fires, killing and injuring hundreds of people, and causing over $700 million in property damage. Nine out of 10 (89%) electrical fires are caused by electrical products. A relatively small percentage (11%) are caused by faults in installations or by people not using installations properly. Using a genuine wire and other electrical products can prevent material damage and loss of lives and property.

Copper is the electrical conductor in many categories of electrical wiring. Copper wire is used in power generation, power transmission, power distribution, telecommunications, electronics circuitry, and countless types of electrical equipment. Copper and its alloys are also used to make electrical contacts. Featuring the atomic number 29, this red-brown metal has become essential to our everyday life by helping power countless devices. But copper isn’t the only material that can transmit electricity, so why is it preferred for creating electrical wires?

Copper is also relatively inexpensive when compared to other metals. Gold, for example, is an excellent conductor of electricity, but it costs several times more than copper. If companies used gold to manufacture electrical wires, they’d essentially waste money, as copper is more conductive and costs less than its gold counterpart. This alone is reason enough to make copper the de-facto standard for electrical wires.

Copper isn’t just conductive; it’s also ductile. In other words, you can bend and flex copper — to some degree — without it breaking or otherwise sustaining damage. Why is this important? Well, electrical wires must often travel through walls, floors, ceilings and other tight spaces. As a result, they’ll naturally bend and snake their way around the home or building in which they are used. The ductile properties of copper allow copper electrical wires to bend and flex. They’ll still transmit electricity, and they won’t lose any power strength from shape deformity.

A benefit of copper electrical wires that’s often overlooked is its thermal-resistant properties. According to Electrical Safety Foundation International, electrical fires are responsible for more than 51,000 residential house fires in the United States each year — and that’s not accounting for commercial/business fires. Copper electrical wires are safer to use than wires made of most other conductive metals because they are resistant to heat. SEE: What is Fire Safety? 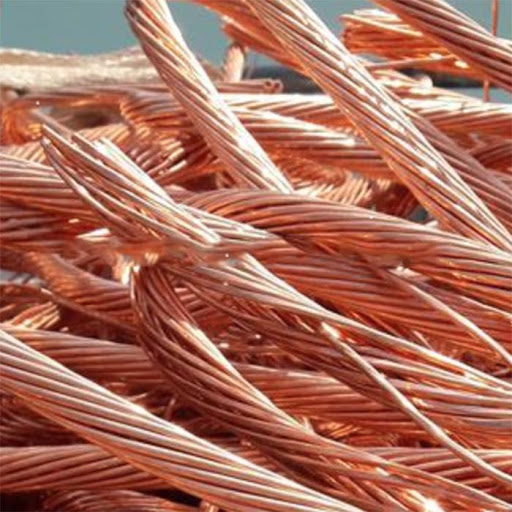 The Nigerian and UAE markets are flooded with fake electrical products including fake copper wire. Last year, the Standards Organization of Nigeria (SON) confiscated fake electrical cables and wires worth N3.5 million during a raid on electrical markets in Osogbo. A Survey estimates that around 80 % of the flex for sale in the UAE is substandard in some form.

Copper and brass are easily confused because they look so similar. “Copper has a natural pink tone with reddish-brown hue like a newly minted penny, that can darken to look red, yellow or orange over time. Brass, on the other hand, appears more yellow and tends to be much brighter. Look closely subtlety of tones in the item to see whether it is really copper or something else. You may need to polish the item first, especially if it appears dull. Before you buy use a sharp knife to scratch the surface if the inner color is different from the outer color then it’s FAKE.

Like silver and gold, real copper does not have much magnetism. “Just like real silver, copper is only very slightly magnetic,” Martin says. “You can conduct the same magnet test by placing a magnet on the surface of the item. If the magnet sticks, you can make sure that the item isn’t copper.” Small magnets are also easy for you to bring to the flea market or antique shop. Even if an item is made from metal plated with real copper won’t pass this test-the metal underneath will draw the magnet. An item that’s made entirely of copper, on the other hand, will not attract the magnet.

You’ll want to be careful when testing this, but real copper is a great conductor of electrical current. To test the authenticity of your copper piece in this way, you will need a device called an ohmmeter that can measure the object’s electrical resistance. You’ll have to do some math next: take the reading from the ohmmeter and multiply by the cross-sectional area of the item, then divide that number by the length of the object. Real copper will have a resistivity of 1.7 x 10^-8 ohm-meters.

Copper has a distinct sound to it. “Strike your copper item against something and listen to the sound,” says Martin. Real copper is a soft metal and should deliver a deep and mellow sound, as opposed to alloys that are more likely to produce a clear, ringing bell-like sound.” Other materials will produce different sounds. But real copper always sounds like copper.

Martin suggests holding the item in your hands. “Does it feel really sturdy? Copper is notoriously soft, so it can be difficult to keep a piece perfectly smooth when working with the copper,” he says. “If the copper piece is thin enough, you may even be able to bend it with your bare hands.” Know the feel and texture of real copper when you go to the market. This small test can indicate whether you are holding the real deal or a decent copy.

Another test that involves math is the density test. Real copper is fairly dense, measuring at 8.96 g/cm3. Weigh the object, then divide by the object’s volume to figure out its density. Is the density the same or very close to the density of copper? Then the object is made of copper. If the number is very different, the object might contain some copper, but is not pure copper. READ: How to Use Fire Extinguishers

How Do Copper Fitted Masks Work?