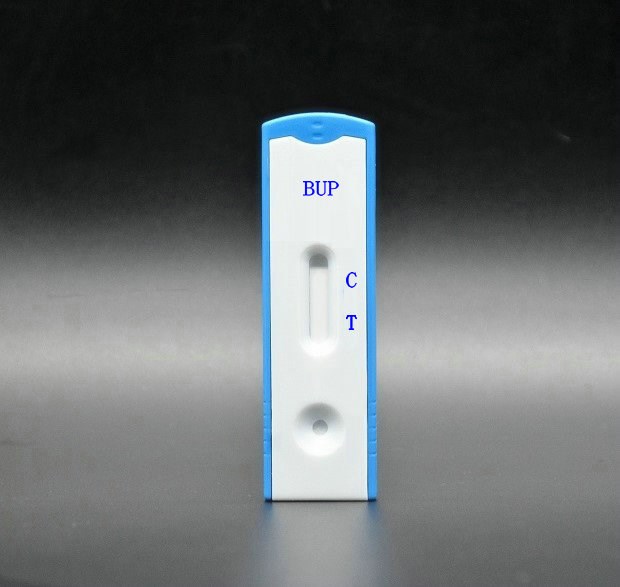 Buprenorphine (BUP) belong to a class of drug known as opioids, it  used to treat opioid use disorder, acute pain, and chronic pain. It can be used under the tongue (sublingual), in the cheek (buccal), by injection (intravenous), as a skin patch (transdermal), or as an implant.

Buprenorphine was originally developed way back in 1966, and it was designed to be an alternative pain reliever to the time’s industry standard: morphine. At this time in medical history, the unpleasant (if not dangerous) side-effects and addictive properties of morphine were already known. Buprenorphine was meant to provide patients with pain relief without putting them through additional struggles.

Buprenorphine itself took scientists two years of clinical testing to perfect, and they went through multiple failed attempts in the process. However, once they succeeded, the researchers who developed buprenorphine believed early on that their medication could also help those in treatment for narcotic addiction.  This conclusion can be linked to buprenorphine’s ability to negate the “opioid effect” which causes a high. Unfortunately, it would be another thirty years before buprenorphine would be offered to patients battling addiction.

When buprenorphine binds to the opiate receptors in your brain, it effectively prevents other opioids from being able to attach. It then fulfills your body’s need for opioids, reducing cravings and the effects of withdrawal. In some cases, buprenorphine medication comes in a form that also contains naloxone, a medication that blocks opioids. Naloxone removes opioids from opioid receptors and blocks other opioids from attaching. Due to the medication’s design and how it interacts with the body, the naloxone does not affect the buprenorphine’s effectiveness. Instead, it discourages misuse through injecting or snorting. Naloxone is also administered on it’s own by first responders and others as a way to stop the effects of an opioid overdose, saving lives and giving people time to seek further medical treatment.

Does Buprenorphine Appear on Drug Tests?

For buprenorphine to show up on a drug screen, the drug test must specifically test for buprenorphine. The standard urine and saliva tests used for workplaces cannot detect buprenorphine as an opioid, though it is becoming more common to be tested for.

Buprenorphine (BUP) Drug Test is important for pregnant women and breast feeding mothers. The placenta can accumulate buprenorphine, this explains why buprenorphine meconium testing is vital. Meconium is a thick, green, tar-like substance that lines your baby’s intestines, it begins to form between the 12th and 16th week of pregnancy. Typically this substance is not released in your baby’s bowel movements until after birth. However, sometimes a baby will have a bowel movement prior to birth, excreting the meconium into the amniotic fluid.

Meconium drug testing can detect maternal drug use during the last 4 to 5 months of pregnancy. A negative result does not exclude the possibility that a mother used drugs during pregnancy. Tests of meconium will more accurately identify a history of drug use rather than immediate drug use and are often more accurate than urine due to collection issues. First time drug usage just before delivery may result in a false negative meconium as the drug may not have had time for deposition.

How To Do A Buprenorphine (BUP) Drug Test At Home

Buprenorphine Testing strip is made for the detection in human urine of buprenorphine, This qualitative test will be negative when taking “natural” opiates, such as heroin, codeine or opium. Thus, this test is usable to verify that a patient is undergoing his treatment. It can detect the drug 2 to 6 days after consumption.

To ensure you achieve fast, accurate results, each buprenorphine drug test kit comes with easy, step-by-step instructions, as well as guidance for reading and understanding your test result.

You can read your results after 3-5 minutes depending on the brand, but do not wait longer than 10 minutes except the instructions say so. 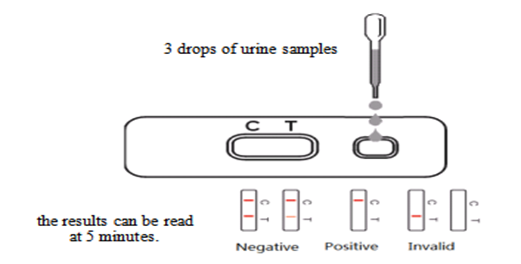 A red or pink colored line must appear next to the word Control or (C) to indicate the test is valid or has worked correctly.

What Do The Colors Mean On A Drug Test Cup?