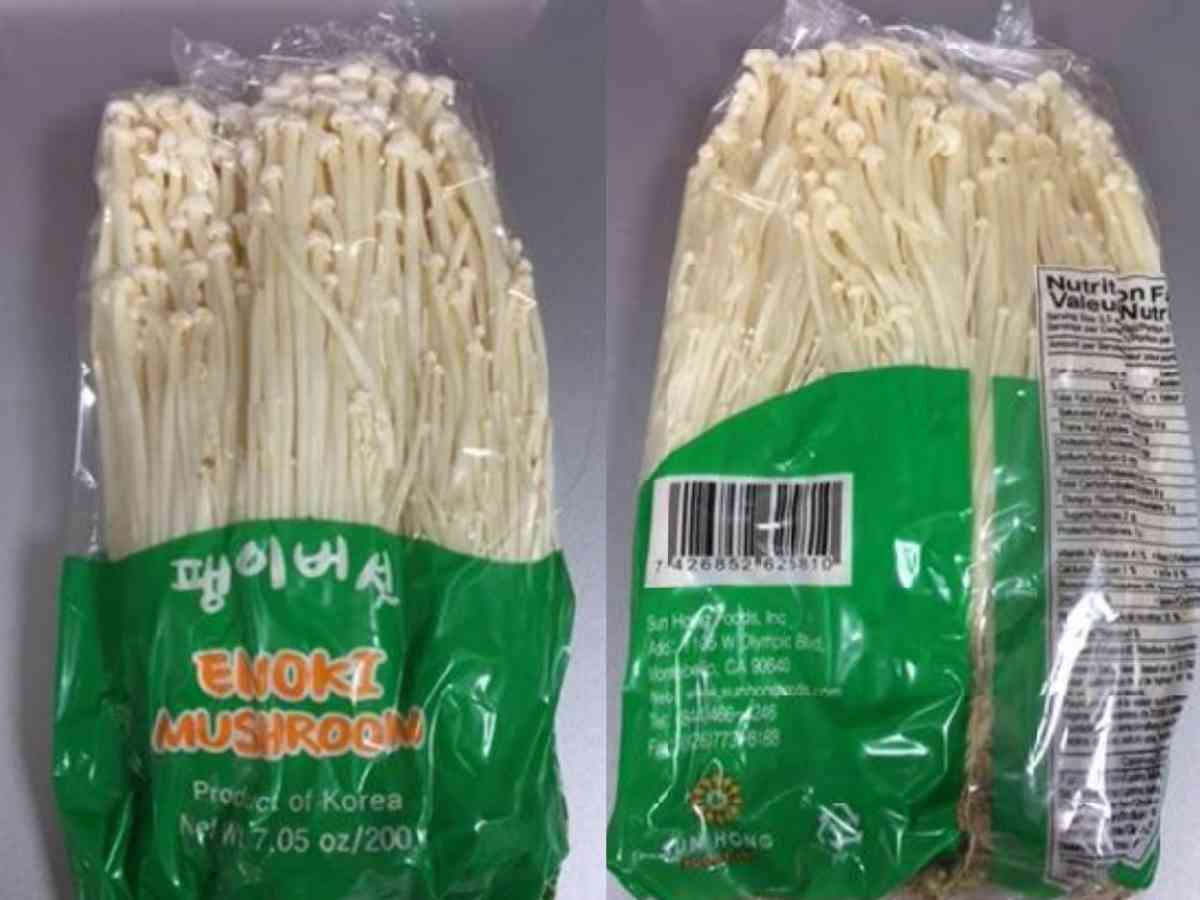 Enoki mushrooms are a long thin white mushroom, usually sold in clusters. They are especially popular in East Asian cuisine and are also known as enokitake, golden needle, futu, or lily mushrooms.Enoki mushrooms are linked to four deaths and 31 hospitalizations in what the US Centers for Disease Control and Prevention says was a multistate listeria outbreak that is now presumed to be over. A CDC investigation found that the mushrooms were sold by H&C Food Inc., Guan’s Mushroom Co., and Sun Hong Foods, Inc. The mushrooms were supplied to these companies by the Korean company Green Co. Ltd. and were sold between November 23, 2016 and December 13, 2019.

The Green Company is likely the source of the outbreak, the CDC said.In April, the US Food and Drug Administration put the company on an Import Alert and H&C Foods recalled the mushrooms that had been supplied by that company. The Korean Ministry of Food and Drug Safety had also found listeria in enoki mushrooms produced by two firms from that country.

In the US, the 36 illnesses were across 17 states. Two deaths were in California, and there was one death each in Hawaii and in New Jersey. There were also six cases involving pregnant women that resulted in two miscarriages. Listeriosis symptoms usually don’t show up until about a week to four weeks after someone eats contaminated food. Some people have even reported symptoms 70 days after they were exposed to the bacteria. Symptoms include a headache, a stiff neck, loss of balance, confusion, and aches and fever. Pregnant women typically only get a fever and other flu-like symptoms, but a listeriosis infection can lead to a miscarriage.

Advice to Consumers and Retailers

Wash and sanitize any surfaces and containers that may have come in contact with the recalled enoki mushrooms. Listeria can survive in refrigerated temperatures and can easily spread to other foods and surfaces.

What happens if you get Listeria?

A person with listeriosis has fever, muscle aches, and sometimes gastrointestinal symptoms such as nausea or diarrhea. If infection spreads to the nervous system, symptoms such as headache, stiff neck, confusion, loss of balance, or convulsions can occur.

Can you get listeria from eggs?

A deadly listeria outbreak linked to hard-boiled eggs has sickened seven people in five states, according to the Centers for Disease Control and Prevention. The CDC said bulk, fresh hard-boiled eggs produced by Almark Foods of Gainesville, Georgia, are contaminated with Llsteria monocytogenes and have made people sick.

How do you kill listeria on vegetables?

Listeria is killed by cooking or pasteurisation. Make sure to avoid unpasteurised food, and thoroughly cook all raw animal products and frozen vegetables. Doctors are advising not to eat raw sweetcorn at the moment.

Listeriosis is mainly a food-borne disease; except in the situation in which a pregnant woman can transfer the bacteria to the fetus or newborn, the disease is not contagious from person to person.

Can you see Listeria on food?

No, they are microorganisms and cannot be seen with the naked eyes. The condition they cause could appear a few days after you eat the bad food, or they might take a couple of months to show up. If you have any of those symptoms, contact your doctor. If the infection spreads to your nervous system, it’s more serious. This severe form, called listeriosis, is fatal for 20% of people who have it.

Would I know if I had Listeria?

Listeriosis can cause mild, flu-like symptoms such as fever, chills, muscle aches, and diarrhea or upset stomach. You also may have a stiff neck, headache, confusion, or loss of balance. Symptoms may appear as late as 2 months after you have eaten something with Listeria.

MSH is Seeking For Persons to Urgently Fill These Job Vacancies

The Night Before I killed Addiction – By Oche Joseph Otorkpa