How and Where to Buy Remdesivir 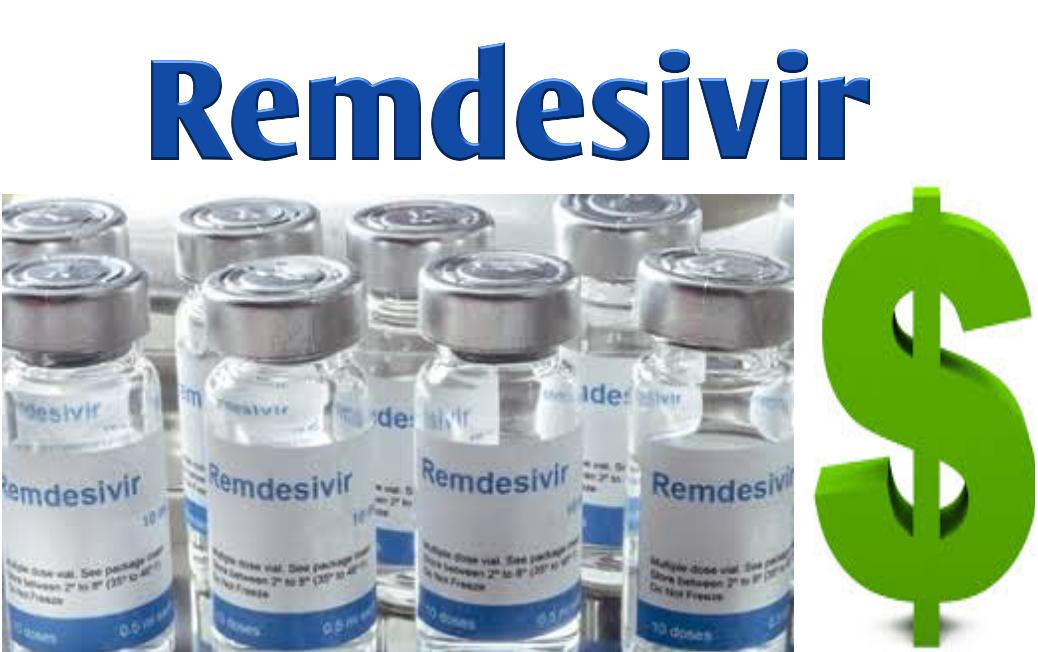 Remdesivir is an anti-viral drug administered by IV. It’s known as a nucleoside analog, meaning it mimics a component of viral RNA that the virus needs to replicate itself. Remdesivir is basically faking the virus into thinking it’s a building block of viral genetic material. The virus uses an enzyme called RNA-dependent RNA polymerase to assemble chains of RNA piece by piece. When the RNA polymerase picks up the drug instead, the RNA assembly line is jammed and viral replication is soon halted.

The drug was shelved by Gilead Sciences, its manufacturer, after trials in Ebola patients found it to be less effective than other Ebola therapies. When the COVID-19 pandemic hit, researchers pulled the drug out of the freezer and found that it also stops replication of SARS-CoV-2. Because its safety had been shown in the earlier trials, remdesivir quickly moved into clinical trials for COVID-19.

What do we know from clinical trials?

Three clinical trials so far have reported on remdesivir’s effects on COVID-19. The only one that has been published is a clinical trial in China that compared remdesivir against placebo and found no benefit from the drug, but the trial did not enroll enough patients to have statistical power. (The epidemic had waned in Wuhan and fewer sick patients were available at the time of the trial.) It’s unclear whether the patients also received traditional Chinese medicine, which often contain steroids that may have affected the outcomes.

More promising results come from a large National Institutes of Health (NIH) study that enrolled over 1,000 hospitalized COVID-19 patients across 22 countries. To qualify, patients had to be hospitalized with confirmed COVID-19 and have evidence of lung involvement, such as an abnormal chest X-ray or needing supplemental oxygen.

What does emergency use authorization mean for patients?

The FDA’s emergency use authorization allows remdesivir to be used more broadly outside of clinical trials. But its use is still limited to patients hospitalized with severe COVID-19, defined as having an oxygen saturation of less than 94 percent, requiring supplemental oxygen, mechanical ventilation or a heart-lung bypass machine, also known as ECMO. Gilead has agreed to donate its current supply of remdesivir, a total of 1.5 million doses – 607,000 doses to the United States and the rest worldwide. Each patient requires six to 11 doses.

An emergency use authorization is not the same as FDA approval, which would require a more extensive review of clinical trial results. FDA approval would also allow Gilead to charge for the drug. Nevertheless, remdesivir may soon become the first COVID-19 therapeutic approved for sale in the U.S., and the market has noted the company’s accomplishment, driving the stock price up more than 14% so far this year.

But the company’s stock dropped briefly late in June when Gilead CEO Daniel O’Day reported that the company was committed to pricing remdesivir below its hypothetical fair market value so that the drug could be broadly accessible to healthcare systems and the public. And, when considering the mounting difficulties in scaling remdesivir production to match global demand, investors are right to wonder whether the right time to invest has passed.

How and Where to Buy Remdesivir

There are several places you can order for or get remdesivir

A course of treatment in the US will cost $2,340 (£1,900). Some in the US have criticised the purchase price, as taxpayer money had helped fund remdesivir’s development.

Gilead signed a non-exclusive voluntary licensing agreements with Cipla, Ferozsons Laboratories, Hetero Labs, Jubilant Lifesciences, and Myla to manufacture and distribute remdesivir to 127 nations. The five generic companies can set their own prices without paying royalties to Gilead until the World Health Organization (WHO) declares an end to the novel coronavirus public health emergency, or until another medicine or vaccine is approved to treat or prevent Covid-19.

According to Gilead, the 127 nations that will receive generic remdesivir mainly consist of low-income and lower-middle income countries, but also includes several upper-middle- and high-income countries that it said face significant obstacles to access. The licencing territories include India, Pakistan, African nations, the Pacific Islands, and most Asean members Cambodia, Indonesia, Laos, Myanmar, the Philippines, Thailand, and Vietnam. The only three Asean countries excluded were Malaysia, Singapore, and Brunei.

If you are living in the UK, getting remdesivir is not an issue according to the Department of Health, as it had secured supplies of the anti-viral drug in advance and confirmed that there is enough to treat every NHS patient who needs it. Remdesivir was given approval for use on the NHS in May 2019 and is one of two drugs which have been given the green light in treating coronavirus patients in the UK. The other is dexamethasone a £5 anti-inflammatory steroid proven to reduce the death rate among those requiring hospital ventilation for the bug.

US-based Gilead Sciences, which originally developed remdesivir to treat Ebola, licensed four Indian companies – Cipla, Jubilant Life, Hetero Drugs and Mylon to produce Remdesivir in India. Hetero produced and distributed 20,000 doses in the first batch. At the height of the pandemic, each vial cost 30,000 rupees [$401; £321] . The official price for each vial is 5,400 rupees according to a BBC report, and a patient typically needs five to six doses.

The generic version of remdesivir is available in South Africa through the Indian drug manufacturer Cipla. The company plans to sell the drug at $55 a shot, or $330 (R5,600) for a five-day course, according to Cipla SA CEO Paul Miller. This is considerably lower than the $520 a vial price tag Gilead has set for US patients with private insurance. Patients start with a double dose on the first day, and then go to a vial a day.

The Main source of Remdesivir in Nigeria is Beximco Pharmaceuticals, a Bangladeshi company which produces the generic version of Remdesivir. Beximco Pharmaceuticals is the first company in the world to introduce a generic of the drug, under the brand name Bemsivir, to treat the viral disease. Beximco Pharmaceuticals agreed to donate Bemsivir to the Bangladesh Government, which will supply the drug only to government hospitals at free of cost. The medicine will not be available through retail pharmacies.  Nigeria currently has a good relationship with the country which resulted in the collaboration that ensured availability of the product in the country. SEE: 4 Super Foods That Can Help You Defeat  COVID-19

Purchasing research Remdesivir, also known as GS-5734 online is not safe. This type of Remdesivir (GS-5734) is a nucleoside analogue with effective antiviral activity, but for use only for research purposes and not for human consumption. Use of this molecule can result in unwanted consequences and side effects including death of patients. SEE:How to Spot Fake N95, NIOSH, or KN95 Face Mask From China

Novavax Vaccine Provides Almost 100% Protection Against COVID-19
where to buy remdesivir
July 31, 2020 Family & Community HealthPublic HealthComments Off on How and Where to Buy Remdesivir