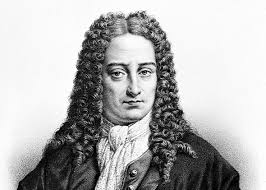 Gottfried Wilhelm Leibniz was a prominent German polymath and one of the most important logicians, mathematicians and natural philosophers of the Enlightenment. As a representative of the seventeenth-century tradition of rationalism, Leibniz’s most prominent accomplishment was conceiving the ideas of differential and integral calculus, independently of Isaac Newton’s contemporaneous developments. Mathematical works have consistently favored Leibniz’s notation as the conventional expression of calculus. It was only in the 20th century that Leibniz’s law of continuity and transcendental law of homogeneity found mathematical implementation (by means of non-standard analysis). He became one of the most prolific inventors in the field of mechanical calculators. While working on adding automatic multiplication and division to Pascal’s calculator, he was the first to describe a pinwheel calculator in 1685 and invented the Leibniz wheel, used in the arithmometer, the first mass-produced mechanical calculator. He also refined the binary number system, which is the foundation of all digital computers.

In philosophy, Leibniz is most noted for his optimism, i.e. his conclusion that our universe is, in a restricted sense, the best possible one that God could have created, an idea that was often lampooned by others such as Voltaire. Leibniz, along with René Descartes and Baruch Spinoza, was one of the three great 17th-century advocates of rationalism. The work of Leibniz anticipated modern logic and analytic philosophy, but his philosophy also assimilates elements of the scholastic tradition, notably that conclusions are produced by applying reason to first principles or prior definitions rather than to empirical evidence.

Leibniz made major contributions to physics and technology, and anticipated notions that surfaced much later in philosophy, probability theory, biology, medicine, geology, psychology, linguistics, and computer science. He wrote works on philosophy, politics, law, ethics, theology, history, and philology. Leibniz also contributed to the field of library science. While serving as overseer of the Wolfenbüttel library in Germany, he devised a cataloging system that would serve as a guide for many of Europe’s largest libraries.Leibniz’s contributions to this vast array of subjects were scattered in various learned journals, in tens of thousands of letters, and in unpublished manuscripts. He wrote in several languages, but primarily in Latin, French, and German.

Leibniz is known among philosophers for his wide range of thought about fundamental philosophical ideas and principles, including truth, necessary and contingent truths, possible worlds, the principle of sufficient reason (i.e., that nothing occurs without a reason), the principle of pre-established harmony (i.e., that God constructed the universe in such a way that corresponding mental and physical events occur simultaneously), and the principle of non contradiction (i.e., that any proposition from which a contradiction can be derived is false). Leibniz had a lifelong interest in and pursuit of the idea that the principles of reasoning could be reduced to a formal symbolic system, an algebra or calculus of thought, in which controversy would be settled by calculations.

The Dissertatio de arte combinatoria is an early work by Gottfried Leibniz published in 1666 in Leipzig. It is an extended version of his first doctoral dissertation] written before the author had seriously undertaken the study of mathematics.The booklet was reissued without Leibniz’ consent in 1690, which prompted him to publish a brief explanatory notice in the Acta Eruditorum. During the following years he repeatedly expressed regrets about its being circulated as he considered it immature. Nevertheless it was a very original work and it provided the author the first glimpse of fame among the scholars of his time. The main idea behind the text is that of an alphabet of human thought, which is attributed to Descartes. All concepts are nothing but combinations of a relatively small number of simple concepts, just as words are combinations of letters. All truths may be expressed as appropriate combinations of concepts, which can in turn be decomposed into simple ideas, rendering the analysis much easier. Therefore, this alphabet would provide a logic of invention, opposed to that of demonstration which was known so far. Since all sentences are composed of a subject and a predicate, one might

1667, entered the service of the Baron of Boineburg

After completing his legal studies in 1666, Leibniz applied for the degree of doctor of law. He was refused because of his age and consequently left his native city forever. At Altdorf—the university town of the free city of Nürnberg—his dissertation De Casibus Perplexis (“On Perplexing Cases”) procured him the doctor’s degree at once, as well as the immediate offer of a professor’s chair, which, however, he declined. During his stay in Nürnberg, he met Johann Christian, Freiherr von Boyneburg, one of the most distinguished German statesmen of the day. Boyneburg took him into his service and introduced him to the court of the prince elector, the archbishop of Mainz, Johann Philipp von Schönborn, where he was concerned with questions of law and politics.

His research led him to situate the soul in a point—this was new progress toward the monad—and to develop the principle of sufficient reason (nothing occurs without a reason). His meditations on the difficult theory of the point were related to problems encountered in optics, space, and movement; they were published in 1671 under the general title Hypothesis Physica Nova (“New Physical Hypothesis”). He asserted that movement depends, as in the theory of the German astronomer Johannes Kepler, on the action of a spirit (God).

Discourse on Metaphysics (French: Discours de métaphysique, 1686) is a short treatise by Gottfried Wilhelm Leibniz in which he develops a philosophy concerning physical substance, motion and resistance of bodies, and God’s role within the universe. It is one of the few texts presenting in a consistent form the earlier philosophy of Leibniz. The Discourse is closely connected to the epistolary discussion which he carried with Antoine Arnauld. However Leibniz refrained from sending the full text and it remained unpublished until the mid 19th century. Arnauld received only an abridged version in 37 points which resumed whole paragraphs and steered their discussion. The metaphysical considerations proceed from God to the substantial world and back to the spiritual realm. The starting point for the work is the conception of God as an absolutely perfect being (I), that God is good but goodness exists independently of God (a rejection of divine command theory) (II), and that God has created the world in an ordered and perfect fashion (III–VII)

Unpublished manuscripts on the calculus of concepts, c. 1690

1675, on 21 November he wrote a manuscript using the   ∫f(x) dx notation for the first time. The ∫ stands for an elongated S, for sum (summa). The dx stands for an infinitesimal difference. Also the product rule for differentiation is given.

1676 in autumn Leibniz discovered the familiar d(xn) = nxn-1dx for both integral and fractional n.

1684 published Nova Methodus Pro Maximus et Minimus (`New Method for the Greatest and the Least’), an exposition of his differential calculus

In 1686 Leibniz published, in Acta Eruditorum, a paper dealing with the integral calculus with the first appearance in print of the ∫ notation and a proof of the Fundamental Theorem

In all his studies he was striving for a universal language.

His study of series. Forming differences and taking partial sums are “inverse” operations.

The idea of a “characteristic triangle” which has infinitesimal sides.

Unlike Newton, Leibniz thought a lot about the way to present his ideas in a good formalism. In fact, his notation is still used today. Note that good notation is key for dealing with complex problems.

Leibniz constructed an infinitesimal triangle whose “curved” hypotenuse approximates the derivative and used this construction to give an integration. In essence he solves the problem of integration via the fundamental theorem.

New Essays on Human Understanding (French: Nouveaux essais sur l’entendement humain) is a chapter-by-chapter rebuttal by Gottfried Leibniz of John Locke’s major work, An Essay Concerning Human Understanding. It is one of only two full-length works by Leibniz (the other being the Theodicy). It was finished in 1704 but Locke’s death was the cause alleged by Leibniz to withhold its publication. The book appeared some sixty years later. Like many philosophical works of the time, it is written in dialogue form.

The two speakers in the book are Theophilus (“loving God” in Greek), who represents the views of Leibniz, and Philalethes (“loving truth” in Greek), who represents those of Locke. The famous rebuttal to the empiricist thesis about the provenance of ideas appears at the beginning of Book II: “Nothing is in the mind without being first in the senses, except for the mind itself”. All of Locke’s major arguments against innate ideas are criticized at length by Leibniz, who defends an extreme view of innate cognition, according to which all thoughts and actions of the soul are innate. In addition to his discussion of innate ideas, Leibniz offers penetrating critiques of Locke’s views on personal identity, free will, mind-body dualism, language, necessary truth, and Locke’s attempted proof of the existence of God.

The War of the Spanish Succession began in March 1701 and did not come to a close until September 1714, with the Treaty of Baden. Leibniz followed its episodes as a patriot hostile to Louis XIV. His fame as a philosopher and scientist had by this time spread all over Europe; he was named a foreign member by the Academy of Sciences of Paris in 1700 and was in correspondence with most of the important European scholars of the day. If he was publishing little at this point, it was because he was writing Théodicée (Theodicy), which was published in 1710. In this work he set down his ideas on divine justice, particularly on the problem of evil, arguing that the actual world is the best of all possible worlds that God could have created—a view famously mocked in Voltaire’s satirical novel Candide (1759).

Leibniz was impressed with the qualities of the Russian tsar Peter the Great, and in October 1711 the ruler received him for the first time. Following this, he stayed in Vienna until September 1714, and during this time the Emperor promoted him to the post of Reichhofrat (“adviser to the empire”) and gave him the title of Freiherr (“baron”). About this time he wrote the Principes de la nature et de la Grâce fondés en raison, which inaugurated a kind of preestablished harmony between these two orders. Further, in 1714 he wrote the Monadologia, which synthesized the philosophy of the Théodicée. In August 1714, the death of Queen Anne brought George Louis to the English throne under the name of George I. Returning to Hanover, where he was virtually placed under house arrest, Leibniz set to work once again on the Annales Imperii Occidentis Brunsvicenses (1843–46; “Braunschweig Annals of the Western Empire”). At Bad-Pyrmont, he met with Peter the Great for the last time in June 1716. From that point on, he suffered greatly from gout and was confined to his bed until his death.