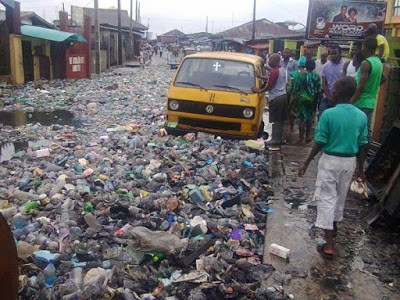 The World Health Organization (WHO) defines environment as it relates to health, as “all the physical, chemical, and biological factors external to a person, and all the related behaviors.” Environmental health consists of preventing or controlling disease, injury, and disability related to the interactions between people and their environment. Environmental health is one of the most important elements of health promotion in Nigeria. The maintenance and sustainability of an environmentally friendly nation can go a long way in preventing and reducing diseases that are associated with environmental factors.

Environmental risks have an impact on the health and development of children, from conception through childhood and adolescence and also into adulthood. The environment determines a child’s future: early life exposures impact on adult health as fetal programming and early growth may be altered by environmental risk factors. Adverse environmental conditions and pollution are a major contributor to childhood deaths, illnesses, and disability, particularly in developing countries.

Nigeria formulated its first national policy on the environment in 1991. It was revised in 1999, and seventeen years down the lane, it is due for another revision in order to capture emerging environmental issues and concerns. Thus, the purpose of this National Policy on the Environment is to define a new holistic framework to guide the management of the environment and natural resources of the country. As a framework document, it prescribes sectoral and cross-sectoral strategic policy statements and actions for the management of the country’s environment for sustainable development. In addition to the existing 1991 and 1999 draft policy documents, this Policy derives its strength from the fundamental obligation for the protection of the environment as stated in section 20 of the Constitution of the Federal Republic of Nigeria 1999 which provides that the “State shall protect and improve the environment and safeguard the water, air, and land, forest, and wildlife of Nigeria”. In addition, Nigeria is a party to several international treaties and conventions governing environmental issues. It is on the combined thrust of these instruments that the National Policy on the Environment rests.  Environmental Health Officers registration council was created in 2002 with the enactment of Act 11 of 2002. The Act established the Council charged with the responsibility of regulating Environmental Health profession in Nigeria and determining what standards of knowledge and skill are to be attained by persons seeking to become members of the profession of Environmental Health and improving those standards from time to time as circumstances may permit.

Nigeria is the 12th largest producer of crude oil and the contamination of the Niger Delta is regrettably infamous. Other environmental health issues such as untreated sewage in Lagos, open solid waste dumpsites in Abuja, lead poisoning in the northern state of Zamfara, and large scale deforestation, urbanization, pollution, desertification, overpopulation, and all kinds of pollution are among the environmental health problems in Nigeria which environmental health technicians seek to overcome in the country.

Who Is an Environmental Health Technician?

In short, the main focus of an environmental health technician is to ensure that the local environment is fully protected and that any health risks posed by the environment are dealt with quickly and properly. It’s an important position and one that can have a direct impact on the health of an entire community.

There are a few different skillsets that can have a big impact on your ability to do the work required by an environmental health technician. Strength in the following areas is important.

An average day in this position will usually involve a combination of fieldwork, lab work, and office work. Gathering samples in the field, analyzing them or sending them for analysis, and then creating reports based on the findings is a normal work cycle. As such, you’ll want to be comfortable working in multiple environments at any given time. Most environmental health technicians find work in the public sector, employed by government agencies. Some private companies have a need for these professionals as well, but in most instances, you’ll be working for the state, local, or federal governments.

To become an environmental health technician, you’ll need several years of training. While some employers will accept an associate’s degree in the field of applied science or public health, it’s better to consider enrolling in bachelor’s degree programs or even master’s degree programs. Usually, studies will focus on environmental science, biochemistry, health data analysis, public health, and more. You’ll need strong math and science skills in order to truly thrive in the position. The specific requirements for employment will vary depending on the employer and the type of position in question.

Below is a list of Nigerian universities offering environmental health-related courses either at B.sc or M.sc level:

How Environmental Factors Affects The Health Of Children

List Of Environmental Agencies In Nigeria And Their Functions