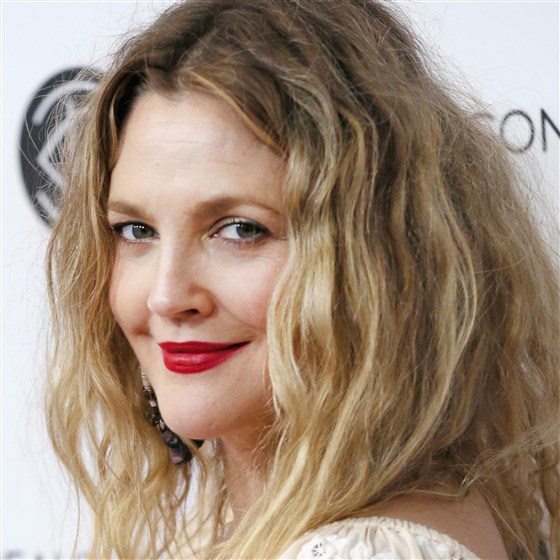 She made headlines in 1989 by going to rehab at just 13 and announcing she was an addict. From a famous, and famously troubled, acting family, she was 6 when the movie E.T. launched her career. She says she started drinking when she was 9, and quickly moved on to marijuana and cocaine. She spent her teenage years trying to overcome her notoriety and has since enjoyed success as an actress and producer.

Who is Drew Barrymore?

Drew Blythe Barrymore (born February 22, 1975) is an American actress, producer, director, talk show host and entrepreneur, who is the recipient of numerous accolades, including a Golden Globe, a Screen Actors Guild Award, and a BAFTA nomination. She is a member of the Barrymore family of actors, and the granddaughter of John Barrymore.

In 1995, Barrymore and Nancy Juvonen formed the production company Flower Films. They have produced several projects in which Barrymore has starred. In 2013, Barrymore launched a range of cosmetics under the Flower banner, which has grown to include lines in makeup, perfume and eyewear. Her other business ventures include a range of wines and a clothing line. In 2015, Dutton published a collection of Barrymore’s autobiographical essays in a book titled, Wildflower. Barrymore received a star on the Hollywood Walk of Fame in 2004.

At the age of 13, Barrymore found herself admitted into a mental health institution by her mother for a year and a half and legally emancipated from her parents at age 14. Her struggles with substance abuse at such a young aged traced back into troubled childhood stardom.

After becoming a superstar in 1982 at just seven years old after starring in 2018 on Steven Spielberg’s classic “E.T. The Extra-Terrestrial”. She spoke about that time of her life on the Netflix series “Norm Macdonald Has a Show.”

“It really is a recipe for disaster,” she said of becoming famous so young. “But you know what’s exciting? I got my s— over with at, like, 14. Like, midlife crisis, institutionalized, blacklisted, no family, like, got it done, and then got into the cycle of being my own parent, figuring it out.”

Substance abuse ran in the family. Barrymore’s father, actor John Drew Barrymore, was a violent alcoholic while her mother, Jaid, had little desire for parental responsibility. When she was nine years old, her parents divorced. Her father was no longer present in her life and her mother would take her to nightclubs where she was introduced to the world of partying, drinking and drugs. Barrymore had already been in rehab and survived a suicide attempt by aged.

At such a young and pivotal developmental age, children cannot fully comprehend the consequences of their actions. Specifically in Drew Barrymore’s case, when addiction was normalized to such an extent. Substance abuse also has the potential to interrupt normal brain development in younger individuals, since the brain is still growing.

The partying and substance abuse took a toll on her emotional and mental wellbeing. At age 13, Barrymore’s mother had her admitted into a mental health institution due to a drug and alcohol addiction as well as her suicide attempts. She ended up staying in the facility for a year and a half. She described her lowest point to The Guardian. “Just knowing that I really was alone… My mom locked me up in an institution. But it did give an amazing discipline. It was like serious recruitment training and boot camp, and it was horrible and dark and very long-lived, a year and a half, but I needed it.”

Ultimately, it was the mental health treatment center that suggested Barrymore legally separate herself from her mother. As a result, she was emancipated from her parents and declared an adult at age 14. The experts believed that she would have a better chance on her own. Speaking about the experience, Barrymore says, “It was a very important thing to experience for me. It was very humbling, very quieting. Maybe it was necessary, because I came out of there a more respecting person. And my parents didn’t teach me that, and life wasn’t teaching me that. I came out in a very different way… but I still was me.”

Being newly independent, the scarred reputation of the young Hollywood star prevented her from booking many jobs. She would attend auditions and casting directors would find it humorous that she even showed up. “To have such a big career at such a young age, then nothing for years – people going, you’re an unemployable disaster – that’s a tough trip to have by the time you’re 14. To have access to so many things, then to nothing.” Although it was difficult, she accepted it and had no ego about it. It was one of the few lessons her father taught her, about how ruinous expectation can be. From there, she worked in restaurants cleaning toilets until she was back on the acting scene at 17 starring in Poison Ivy. At age 20, she started her own production company Flower Films alongside Nancy Juvonen in which she produced and starred in Never Been Kissed three years later.

In her 20s and 30s, Barrymore seemed to have made up for lost time in her teens. “Twenty to 35 was a blaaaaast. I thought, how am I getting away with this? I’m really being quite playful, yet still doing a lot at work.” When asked if “playful” was a euphemism for something more taboo, she replied, “No. “More like travel, really fun times with friends, relationships, sure. But I really lived, and did what I wanted to when I wanted to. If I felt like doing something, I just did it. And it was pretty liberating.”

Despite the challenges of addiction and co-occurring mental struggles, Barrymore was able to overcome the setbacks and accomplish many more films and another important accomplishment- motherhood. She has two young daughters with ex-husband Will Kopelman. When asked if she was worried about what she would be like as a mother, she replied, “No. I knew I would not repeat the mistakes of my parents. I knew I would never do that to a kid. I wouldn’t not be there, or put them in too-adult circumstances. I knew I’d be very traditional, or I would not do it. I would never have had children unless I was incredibly stable, and willing to put them first.”

Although her father passed away in 2004 (she was able to reconnect with him shortly before he died) and she has little contact with her mother, she did mention them in the acknowledgments of her book Wildflower, where she writes, “And to my mother Ildiko Jaid Barrymore. Thank you. I am ever so pleased to be on this planet! And to my father John Drew Barrymore. See you again some day.” In The Guardian interview, she stated, “I really didn’t know how to feel about my mom for so many years. And it’s painful to have conflicting feelings about the woman who gave birth to you. But it’s like I’ve finally passed through something which has made me OK with everything, even if I don’t understand it all and might never, never resolve it.”

Like so many other individuals who have gone through the traumatic experiences of addiction, Barrymore encountered a feeling of acceptance crucial to recovery. The dark times have been replaced into the joy of motherhood and positive life experiences. “They’ve made me such a calmer, better person,” she told Sunday TODAY in March about her daughters. “I’ll never take the tone with them of work is bad, my past is bad, life is bad. This is the adventure and journey we’re on, but you have to be nice, and safe. ALSO SEE: Bradley Cooper Drug Addiction Story